What Love Is Blind’s Deepti said about Shake’s Apology

Love Is Blind star Abhishek ‘Shake’ Chatterjee issued a grovelling apology to Deepti Vempati. See what she said about it.

"I honestly don't want anything to do with him"

Deepti Vempati, of Love Is Blind, has reacted to ex-fiance Abhishek ‘Shake’ Chatterjee’s grovelling apology and is not impressed by it.

The Netflix reality show sees contestants date each other without knowing what their partner looks like.

Shake and Deepti were together on the show, but Shake received a lot of criticism after he was seen talking about Deepti behind her back.

At one point, Shake was seen telling a cast member that he wasn’t “physically attracted” to his fiancee, saying:

“It feels like I’m with my aunt or something.”

He also made several disrespectful comments towards her appearance.

The criticism from viewers prompted Shake to issue an apology on Instagram.

Deepti has now reacted to the apology but was not interested, branding it “fake”.

“This is the first time he’s apologised. Right before he made that video, he sent me the same text message. But for me… it’s too late.

“I feel like he’s just doing damage control and clearly what he’s continued to do on social media since that apology, it’s evident that he does not care.

“He did that for show. He did that to get less hate but he’s not sorry.

“I honestly don’t want anything to do with him and his apology is fake. It feels insincere.

“Why now? After 4/5 weeks of this happening… as soon as episode 1-4 dropped he should have been apologising if it really was sincere and from the heart.

“He’s only done it because he’s getting a lot of hate.”

On Love Is Blind, Shake insisted that he only dates “blondes” and made regular jibes at Deepti, while also claiming he’s not attracted to Indian women.

Deepti was praised for rejecting Shake at the wedding altar. 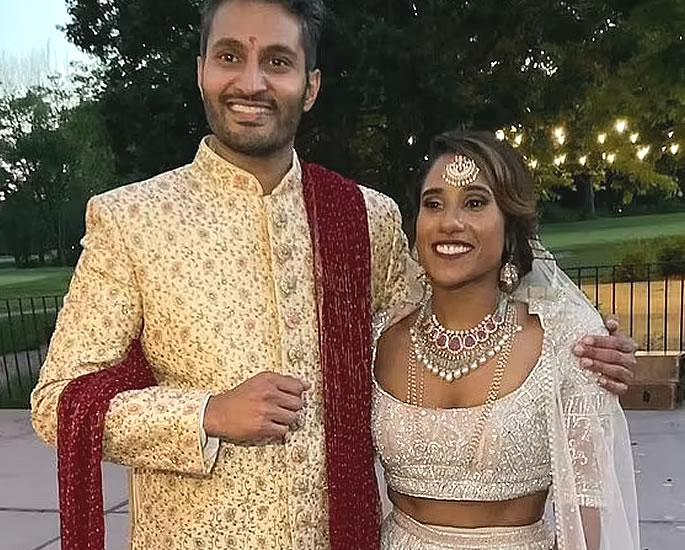 She hoped to find her life partner on the reality show but feels Shake “wasted” her experience.

Deepti continued: “My whole life I have been struggling because I have wanted to fit in.

“In adulthood, I have worked hard to build that back and know that I shouldn’t run from my culture because it’s amazing.

“It has taken me a lot of time to be in this confident place.

“That’s why I am so disappointed because if Shake does place so much importance on the physical appearance and that’s a deal-breaker then maybe Love Is Blind wasn’t the show for him.

“He wasted my experience. Maybe if I was blonde and different looking he may have married me.”

“I have to say I was broken during the process.

“That’s why I am so grateful for my family and friends because they constantly reminded me throughout the experience ‘don’t forget the work that you have done on yourself’.

“I go through periods of being angry, but I need to remember I went through this for a reason to build my confidence even more and know I can get through anything.”

Shake believed Netflix producers edited him badly to portray him as the show’s “villain”. But Deepti revealed that he made far worse comments off-camera.

Deepti said: “My castmates felt it was disrespectful and out of line for him to speak in that way.

“Everyone is entitled to have their own opinion but it wasn’t just me, he was talking to the other castmates very degradingly and disrespectfully and it hit a nerve with everyone, we had enough.

“I’m not going to get into the specifics but he got a good edit.

“He said much worse and not just to me, sometimes he just talks disrespectfully about women in general and that’s outside of the cast.

“We started to notice that behaviour when we hung out with him after filming wrapped.

“All of us have distanced ourselves and that’s okay.”

Dhiren is a journalism graduate with a passion for gaming, watching films and sports. He also enjoys cooking from time to time. His motto is to “Live life one day at a time.”
Sana Javed breaks silence on ‘Self-Entitled Attitude’ Claims
Bipasha Basu wears Oversized Outfit so is She Pregnant?