Shake Chatterjee, who recently rose to fame on season two of Love Is Blind, shared several pictures and videos with his new girlfriend, Emily.

In one picture, Shake and Emily smile at the camera while the Chicago skyline is seen behind them.

In a seeming dig at his ex-fiancée, Shake captioned his post:

“Good things come to those who don’t settle.”

Emily, who is from Miami, has also been sharing an insight into the relationship, with a dedicated Stories highlight to the vet on her Instagram.

In her stories, the couple were dining at luxurious restaurants and jetting off on a plane alongside day dates and workouts.

The relationship comes after Shake received criticism for his mistreatment of Deepti Vempati during his appearance on the dating show.

Love Is Blind saw the pair get engaged after knowing each other for just ten days.

During the show, which is meant to be based solely on personality, Shake was seen asking Deepti many questions about her physical appearance and weight.

Shake then admitted he wasn’t attracted to his fiancée after meeting her in real life – telling everyone on the show the truth except Deepti. 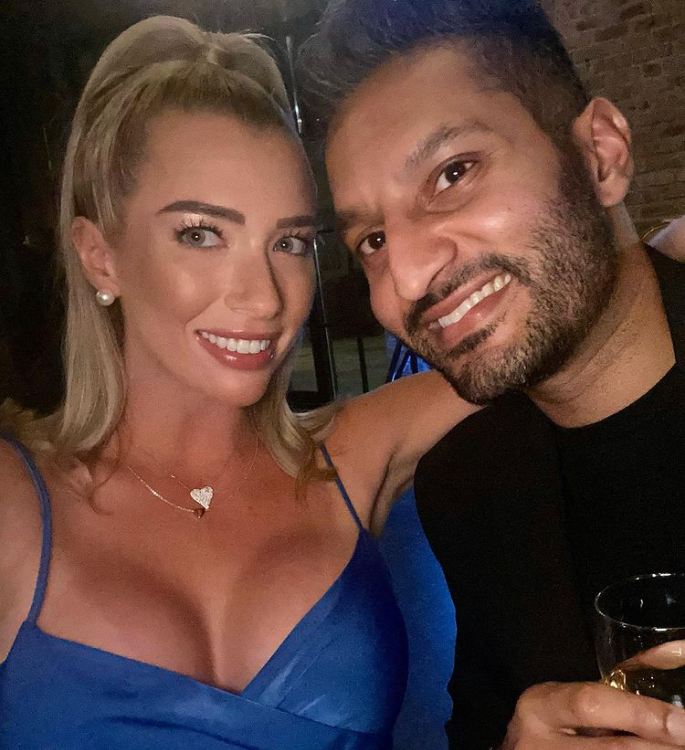 The pair’s engagement was short-lived after Deepti decided not to marry Shake as they stood at the alter saying she was “choosing herself”.

Shake’s new relationship comes after he took a blast from Deepti’s brother Sunny and his wife Hina via Instagram.

In the rant, they accused Shake of using them for fame, writing:

“We welcomed you into our home, and you saw it as an opportunity for clout.”

Ending the post with: “Stay the f**k away from my sister.”

Shake sparked outrage with his behaviour during the Love Is Blind reunion episode, as he doubled down on his views about physical attraction.

He also compared choosing a wife to “making a huge purchase.”

Deepti also had the chance to share her feelings during the reunion, calling his comments “degrading to women.”

She added: “I just want to say it’s OK to not be physically attracted to somebody… it’s the way you go about life, it’s how you do it, it’s how you say it, that’s extremely disrespectful.”

A few hours after he shared the video, Deepti posted an Instagram photo in honour of International Women’s Day.

Alongside a photo of herself, she shared a quote attributed to writer G.D. Anderson:

“It’s about changing the way the world perceives that strength.”

Ravinder is a Journalism BA graduate. She has a strong passion for all things fashion, beauty, and lifestyle. She also likes to watch films, read books and travel.
Sara Khan says Ali Merchant cheated on Her with Spa Worker
Bharti Singh glows in Maternity Shoot