In an exclusive DESIblitz gupshup, we speak to Kai Samra. The British Asian comedian talks about his journey to becoming a regional comedy award winner.

"To perform in front of 2000 people with such amazing comedians was a special experience."

Kai Samra is proving himself to be the latest in a new generation of British Asian comedy stars.

Paul Chowdhry and Romesh Ranganathan are currently dominating the comedy scene. But Kai will also soon be another household Brit-Asian name in the industry.

The Birmingham-born comedian is now a part of Avalon, the management company who are responsible for Chowdhry.

Kai Samra is also the recent winner of the 4th annual Birmingham Comedy Festival Breaking Talent Award. And after his win in October 2017, he speaks exclusively to DESIblitz.

He tells us all about his wonderful journey into comedy, and about performing alongside legends such as Paul Chowdhry. 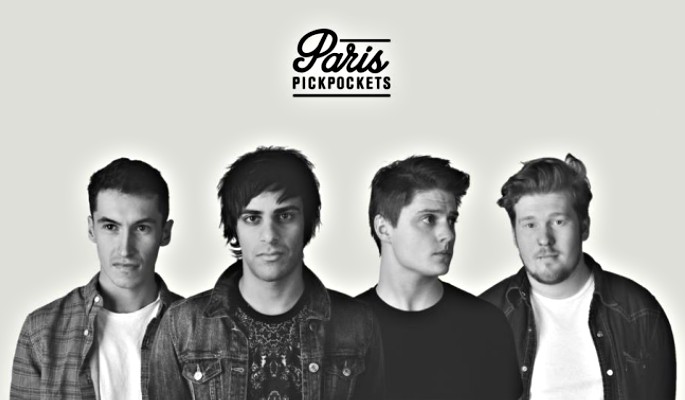 Kai Samra owes much to his mother who supported his wishes to follow his passions in music and comedy. About her backing, Kai says: “She’s always been supportive of literally everything I’ve done.”

And before his decision to pursue comedy, Kai’s mum was supporting his work in music. Kai Samra is a former member of the Indie music band, the Paris Pickpockets (above).

Despite signing to The Arctic Monkeys’ management company, and supporting The Libertines, though, Kai is now pursuing comedy.

But what influenced his change in direction? Surely it wouldn’t be a really bad debut, would it? Speaking exclusively to DESIblitz, Kai says:

“My first comedy gig was soul-crushingly bad. But my competitive side came out and I was determined to do well. I began doing it more regularly and started getting success from smaller competitions. After receiving contact from agents, I thought it was something I could potentially make a career from.”

Kai Samra is originally from Handsworth, Birmingham, but spent most of his life growing up in Warwick. And he believes that his “fairly modest, working-class background” is helping his comedy career.

But apart from his background, what else makes Kai Samra a special British Asian comedian?

Over the 18 months in which Kai has been doing comedy, he now performs more comedic story-telling than quick gags.

His comedy themes range from anecdotes on things like touring with The Libertines, being homeless, and interviewing Tommy Robinson, the former leader of the English Defence League.

Kai says: “I now try to make comedy from things which are unique, different, and honest. I try to do stuff that other people don’t, to take a fresh perspective on subjects like race and politics.”

And it is his style of comedy which wowed judges the most at the 2017 Birmingham Comedy Festival. Kai impressed with his confident and relaxed delivery while exploring topics such as crime, class, race, and family.

On October 6, 2017, Kai Samra was announced as the winner of the 2017 Birmingham Comedy Festival Breaking Talent Award. Speaking about winning the prestigious award, Kai says: “It’s a real honour and it means a lot to me. It was special just to be a nominee for the award.” 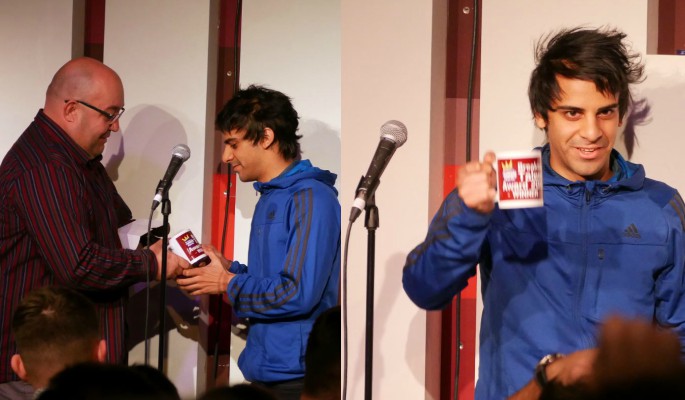 He adds: “I’ve now been signed by Avalon who also manage Russell Howard and Paul Chowdhry. Now, I just want to keep gigging and improving my comedy so I can start making it up to my mum for her support.”

About his opportunity, Kai says: “It was a huge step for me. To get the chance to perform in front of 2000 people with such amazing comedians was a special experience. It went really well, and it was the first time that I genuinely felt like I wanted to do comedy for a living.”

Kai is currently writing and developing his own unique sitcom called The 27 Club. The project refers to the many stars who have tragically passed away at the age of 27.

He says: “We’ll soon be filming a teaser for the pilot episode and some production companies are interested. I actually wrote this before doing stand-up comedy.”

And to keep up to date with Kai Samra, and his new upcoming project, you can follow him on Twitter. But be sure to watch his hilarious comedy showreel too: 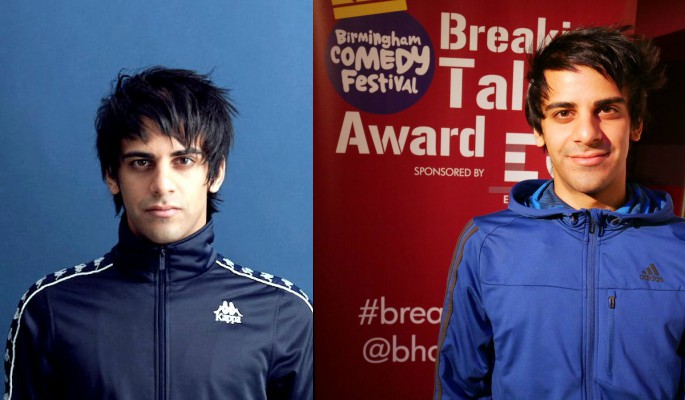