Jealous Girlfriend egged Father to Attack Mother of his Son

A manipulative and jealous girlfriend encouraged her boyfriend to murder his ex-partner and mother of his son in a brutal knife attack.

“It’s hard to move on because I have his child”

Rhett Carty-Shaw and his girlfriend Sarah Mohamed mercilessly devised a treacherous plan to kill a teenage girl who was the mother of Carty-Shaw’s son.

The malicious “narcissist” Mohamed encouraged her partner to murder his ex-girlfriend, Iman Nassir to “prove his love” for his current partner.

In a bid to escape justice, Mohamed changed her name to Kyro Mori Akihiro shortly after the attack.

The defendant had learnt that her boyfriend was seeing Nassir, then 16, behind her back.

This betrayal evoked a jealous rage as she insisted he would “have to work hard to win back her affections.”

During the trial on Friday, December 20, 2019, the identities of the offenders, both 17, were kept anonymous. However, due to the vicious nature of the attack, the restrictions were lifted.

Judge Alan Conrad QC sentenced the defendants and condemned their crime. He said:

“How the two of you could be intent on the murder of this girl really does defy belief, and can only sensibly be understood by reference to your two warped personalities.

“You are both selfish narcissists who believe that the world revolves around you, and who play out your sick dramas on the stage of social media.”

It was revealed Mohamed and Carty-Shaw arrived at the victim’s residence in Openshaw.

The jealous girlfriend waited outside while Carty-Shaw went inside for two hours armed with a large kitchen knife and a change of clothes.

“What sort of person behaves in that way?”

The previous day before the attempted murder, Carty-Shaw searched online for “asphyxiation”, “how many years is someone in for murder” and “how long do murders serve in prison.”

Outside the house, the jealous girlfriend told her boyfriend to get photographic evidence as proof of the murder. She also told him to “vid (video) it.”

Nassir disclosed how the father of her son was acting bizarre and told her that he had been “ordered to kill her.”

He even asked her to fake her death by applying makeup on her neck to provide the illusion of being strangled. So, he could take a picture and pretend the killing took place.

Despite this, his determination to prove his love for Mohamed he charged into a tyrannical rage, stabbing the victim.

In the garden of the property, Carty-Shaw stabbed her head, neck, armpit and back with a “massive kitchen meat knife.” 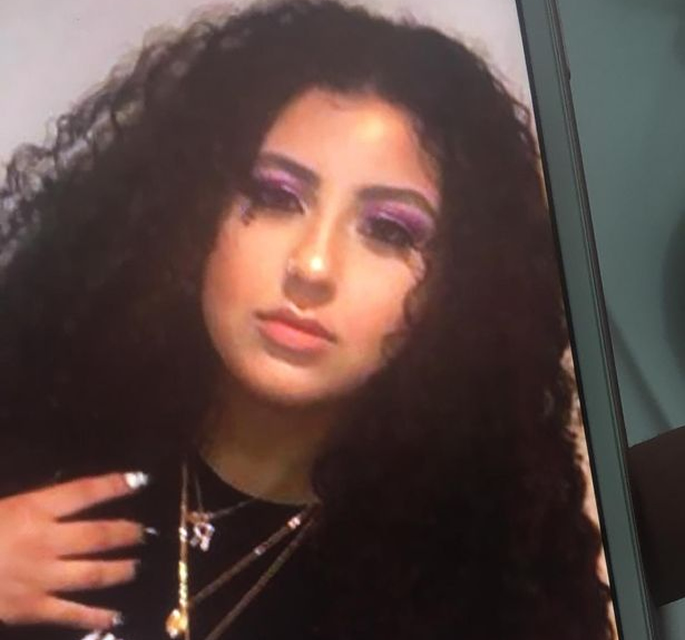 After the attack, the defendants exchanged texts. The attacker texted: “Done it … you good that I did it.”

To which his girlfriend replied: “Bare weight lifted.” She continued to say: “Love you” and asked whether he got “rid of the phone”.

She also warned her boyfriend to “leave fast” as “undies (slang for police) on the area.”

She continued to bombard Carty-Shaw with text messages and became suspicious because he stopped replying.

However, later the duo left the area. The victim was left bleeding from ten wounds.

Carty-Shaw professed his love to his girlfriend saying: “I did it to prove I love you … there was no other way to keep you.”

She replied: “I know there wasn’t … I’m gonna (going to) protect you at all costs.”

Mohamed went on to say: “Just breathe, calm down, make sure you feel alright.”

She added: “On Tuesday I’ll link (meet) you and have an entire identity change n (and) get rid of everything alright … I would have done the same for you.”

However, their plan did not go accordingly as Carty-Shaw was arrested within minutes on suspicion of attempted murder.

He was detained while at a bus stop with two Matalan bags that were carrying the bloodstained clothes and the blade.

Earlier during the day, Mohamed bought Dettol wipes to clean the weapon.

Her defendant, Peter Wright QC stated that disregarding this incident, she was an “intelligent, articulate and personable young woman” with “considerable potential.”

“It is a matter of considerable dismay and sorrow that a young woman with such obvious quality and ability with a potentially bright future before her, from her academic and extra-curricular activities relating to her school, now faces the prospect of custody.

“Now she has dashed all hopes of a glittering career or future and she must now seek to make amends by way of rehabilitation.”

Whereas Katherine Pierpoint defending Carty-Shaw said he has a “low level of intellectual functioning” and that he is “susceptible to manipulation and coercion.”

The court heard that he has “genuine remorse” and has been a “model prisoner.”

After the hearing, Detective Inspector Jennifer Tattersall, of GMP’s City of Manchester Division commented on the crime. She said:

“The defendants devised a devious plan to murder the victim, with the boy seeing fit to arm himself with a knife and inflict life-threatening wounds to the victim.

“Thankfully, the wounds sustained in this brutal attack weren’t fatal. The girl was taken to hospital in a serious condition and has been deeply affected by the attack.

“I want to commend the bravery and courage that she has shown in coming forward and assisting the police during the investigation.

“Both defendants deserve the sentences that they have received and they now have time to contemplate their senseless actions behind bars.” 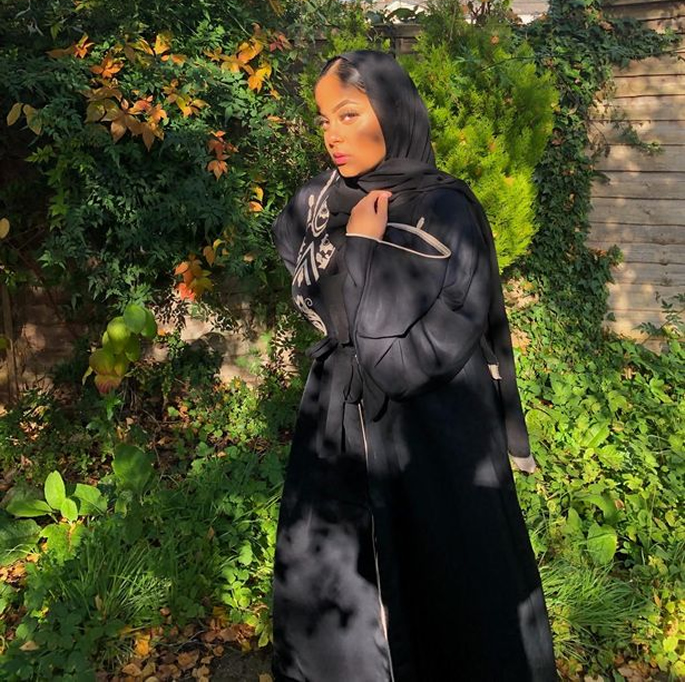 The brutally attacked teenager spoke to reporters after her ex-boyfriend left her with life-changing injuries.

She said, “it’s hard to move on because I have his child” however, “I feel like it’s my year to shine now.”

Nassir described Mohamed as a “demon type of girl” who manipulated Carty-Shaw.

The victim dated Carty-Shaw in Year 9 while at Manchester Academy who then went on to date Mohamed in Year 11.

“I feel like she had it in her, but I never felt like he had it in him. I would say she is more manipulative.

“He went from being this nice bloke to this kind of Jekyll and Hyde kind of thing.”

During the court proceedings, the girlfriend was caught smiling or laughing.

Nassir said she is “somebody that is stuck in their own head” and is unable to “come to terms with the fact that this is reality. He did cheat on you.”

During the sentencing hearing, the victim bravely shared the ordeal she faced and how life has changed for her since the knife attack.

She revealed how she has moved away from Greater Manchester with her family and son to stay safe.

The attack has affected her entire family and her “two younger siblings have had to change school.” They are also “currently going through therapy” after having witnessed the stab wounds of Nassir.

The victim also had to undergo surgery “performed by three different doctors” during her four-day stay at the hospital.

According to Manchester Evening News, Nassir is determined to raise her “beautiful son” who she shares with Carty-Shaw.

In a closing statement, she said: “My life is going through many phases and I am going to rise from this, going through so much at a young age I am not going to let it beat me.”

Carty-Shaw was found guilty of attempted murder and pleaded guilty to possessing an offensive weapon.

Mohammed was sentenced for intentionally encouraging and assisting her partner to commit murder.