After weeks of challenges and eliminations, India’s Next Top Model has finally crowned their winner! But was it Danielle, Gloria, or Rushali?

Lisa drops the biggest bombshell ever to occur on the show.

It’s finale time! After ten grueling episodes of India’s Next Top Model, our champion has finally been announced.

The girls have had photoshoots, makeovers, and TV commercial challenges to test if they have what it takes to be the next big thing.

It has all been building up towards this nail biting moment, but who has been crowned the first ever champion of India’s Next Top Model?

The episode kicks off with a nerve wracking walk on the Lakmé Fashion Week Jabong stage.

The girls hug one another for last minute comfort, but with seconds to spare, they need to get their head in the game!

Moments later, it’s lights, camera, action! All whilst under the watchful eye or Neeraj, Anusha, Dabboo and Lisa.

The first finalist to walk is Rushali, who has the judges screaming with support! 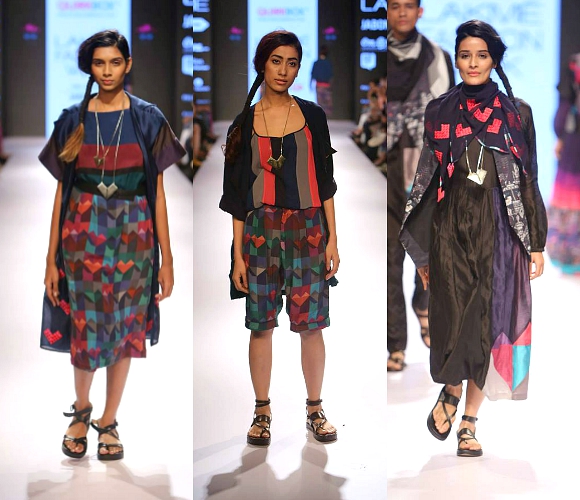 Gloria shortly follows, but we catch a glimpse of Anusha whispering ‘She’s slouched’ to her fellow judges.

Last but not least is Danielle, who sends pulses racing with her shoe fiasco!

With the incorrect footwear, and a last minute change, the belle is flustered going onto the stage, but calms down as soon as she sets foot on the runway.

Backstage, she is in floods of tears thinking that her chances of winning have been scattered, stating:

“I think my walk should make up for it because I really tried!”

And as quickly as that, it’s judgement time in the elimination room!

After an emotional look back at their very first photoshoot, it’s down to business.

But whilst the girls managed to pull off their biggest high fashion challenge to date, Lisa drops the biggest bombshell ever to occur on the show.

In a final twist, the head judge announces that one girl will be leaving the competition immediately!

But who has fallen at the last hurdle? Whose dreams have been snatched away so near to the end? 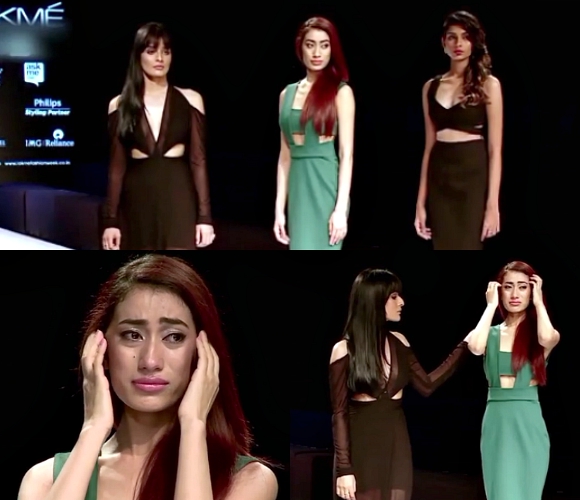 Unfortunately, it’s INTM favourite Gloria who gets the chop, and sends shockwaves throughout India!

“I’ve sacrificed everything, I did a Masters in psychology…I quit all of that and I came to pursue this.”

Leaving underdog Rushali and the ‘Belle Danielle’ to battle it out, the competition is well and truly ramped up.

As every nail biting seconds passes, we get one step closer to finding out our chamption, as Lisa reveals:

“The winner of the first ever season of India’s Next Top Model is Danielle!”

The youngest girl in the competition defied all odds, bagging herself the biggest modelling title of them all! 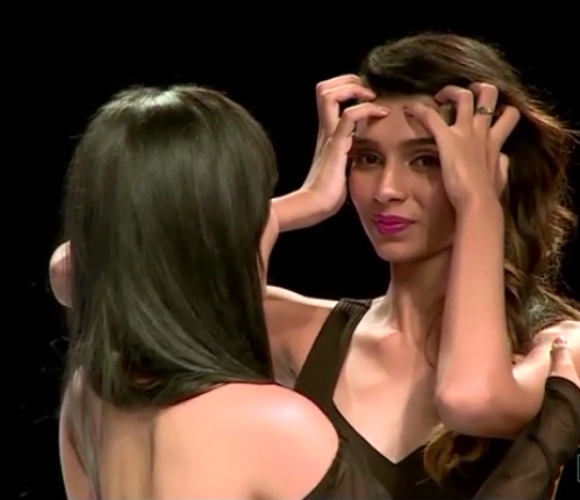 Despite her slow start, the 18-year old beauty fought her way to the top, beating thousands of other girls to the podium.

And there we have it. We’ve had gossipping, rivalry, friendships, and laughter, but there was only ever going to be one winner.

Danielle is crowned this year’s victor of India’s Next Top Model.

Her journey has been an astounding one, and we cannot be more proud of her.

So, from one DESIblitz’s Danielle to the winner Danielle, a Huge Congratulations!