Pranav Dhanawade, 15, has scored 1,009 runs in a single innings, setting a new world record in cricket.

"The next target is get into state under-19 team and keep scoring."

Pranav Dhanawade, a 15 year old schoolboy, has set a world record for the amount of runs in an organised game of cricket.

A little-known cricket ground in Kaylan, a Mumbai suburb, held host to this extraordinary event, which showed the young boy becoming the first batsman to score more than 1,000 runs in an organised match.

Pranav broke the previous record of 628 set by Arthur Collins in 1899, setting a new record in school cricket.

Yet, after beating this record, Pranav still continued to proceed in the HT Bhandari Cup inter-school tournament, an under-16 tournament. 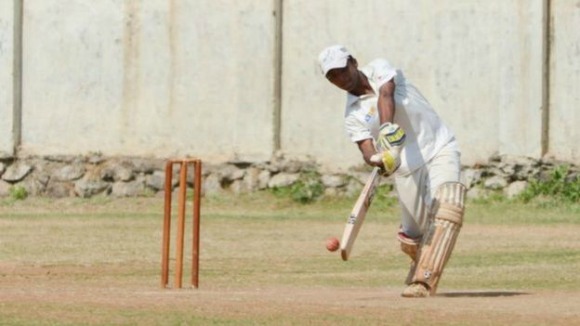 The young boy caught the attention of social media almost instantly, with his innings boosting him to the Top Trends on Twitter in India.

Famous cricket names, such as Sachin Tendulkar, expressed their praise:

Congrats #PranavDhanawade on being the first ever to score 1000 runs in an innings. Well done and work hard. You need to scale new peaks!

“I was not thinking of a record. It was not in my mind at all but as soon as I got close to the feat it was clear to me that I could achieve it.”

He continued to explain how his father had pushed him to play the sport, and gave him partial responsibility for his success. 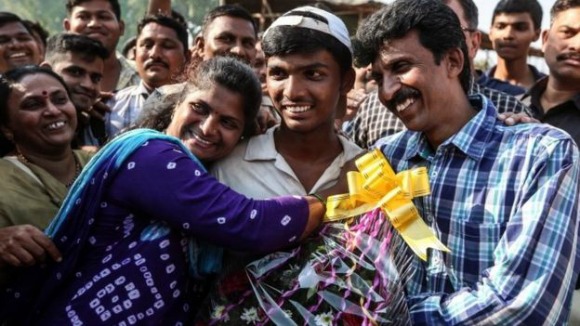 “I was lucky that my parents believed in me and really encouraged me all the time,” he told The Guardian.

The future is looking bright for Pranav, as he intends to make it in the world of international cricket:

“The next target is get into state under-19 team and keep scoring.

“One day I hope to represent India both in tests and one-day games. My dream is to play for India.”

“I wanted to score big runs. I remember my coach telling me that no one will take me in the Mumbai team if I score these hundreds and two-hundreds.”

The opposition school playing in the tournament, Arya Gurukul School, were not too helpful in stopping Pranav’s streak, as they were not even playing with their first team on the day of the tournament. 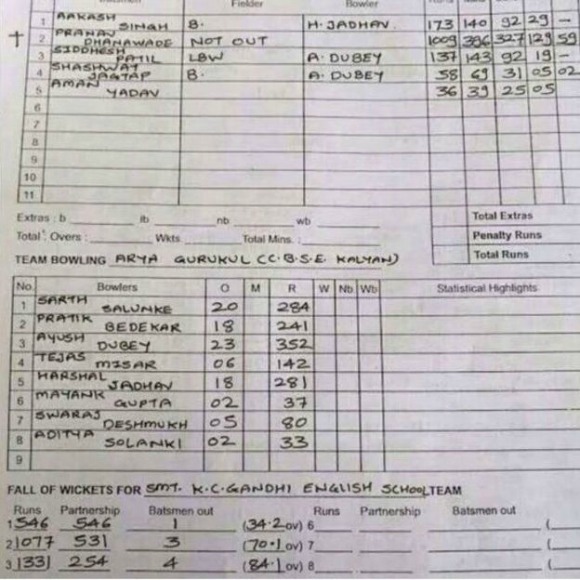 “I have been training him for five-and-a-half years. In the beginning he was like an ordinary player but started showing exceptional talent in the last two years.

It seems that this young schoolboy is certainly something to get excited about. We could be witnessing the start of an amazing career in cricket for Pranav.