Mumbai Gurada beat the Haryana Hammers in the final of the first ever Pro Wrestling League competition held at the Indira Gandhi Indoor Stadium in New Delhi.

"I go home with joy and a lot of fond memories of the Pro Wrestling League."

At the crowd buzzing Indira Gandhi Indoor Stadium, in New Delhi, they beat the Haryana Hammers 7-2 in the final on Sunday 27 December, 2015.

Trending on Twitter with the hashtag #FauladiFinale, Mumbai Gurada were the team tipped to win the Pro Wrestling League final.

This winning team has won every game in the tournament right up to the final and did not disappoint in the final either.

Nine bouts were fought in the final of the Pro Wrestling League, dubbed ‘Khel Fauladi’ and no categories were blocked.

Haryana Hammers were initially in the lead 2-1 after the first three bouts.

But then, Mumbai Gurada showed their winning ways and won the next four bouts consecutively to claim the winner’s trophy.

The back-to-back bouts were won with the skills of captain Adeline Gray, Giorgi Sakandelidze, Odunayo Adekuoroye and Odikadze Elizbar.

After the seventh bout which Garuda won, the latter two matches became insignificant because they were already in the winning seat. 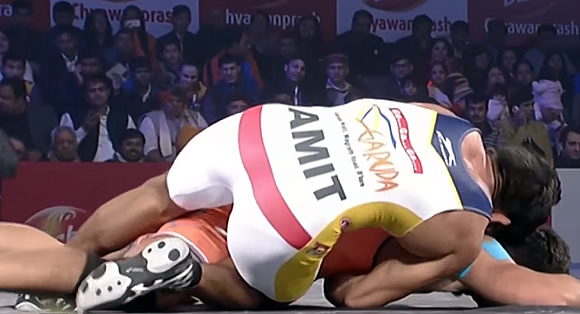 In the first bout, Amit Dhankar of Mumbai Garuda took on Haryana’s Vishal Rana, who was the replacement for injured Yogeshwar Dutt, and won over him with technical prowess, scoring 12-0.

At the break, Amit was winning 8-0 and then in the second round it took him just three minutes and eight seconds to secure his win in the Men’s 65kg.

However, Haryana’s World championship gold medallist Oksana Herhel achieved a 4-4 by Fall win against Mumbai’s Sakshi Malik in the Women’s 58kg and tied the scores.

Mumbai’s Sakshi gained the first four points but was quickly out skilled by Oksana, the Haryana captain who won four points successively and won the first round tie. 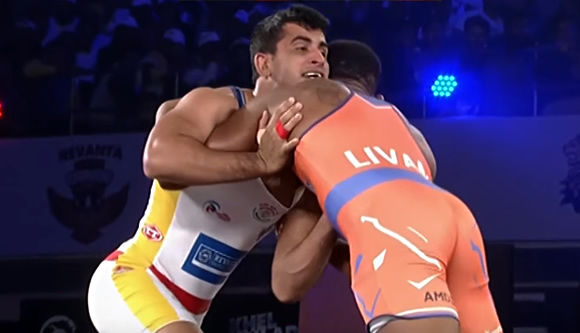 In the Men’s 74kg, Pardeep of Mumbai Garuda, lost all seven of his bouts, and went down 6-11 against Livan Lopez Azcuy of the Haryana Hammers.

In round two, the Cuban, Livan grappled hard and won comfortably against Pardeep. 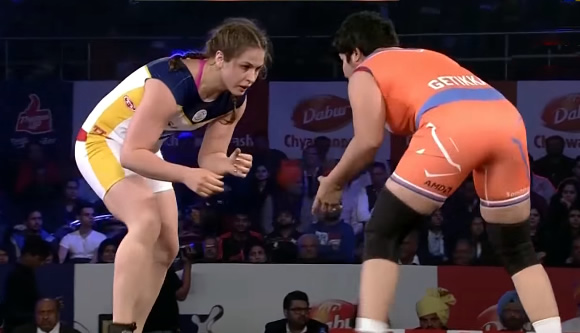 Adeline Gray, Mumbai Garuda’s star player, beat Geetika Jakhar of the Hammers in the Women’s +69kg and got the equaliser for her team.

Haryana’s Hitendar was overcome by Giorgi Sakandelidze of Mumbai in just a minute and 39 seconds, scoring a quick 10-0 win in the Men’s 125kg.

Next, was the Women’s 53kg wrestling match between Mumbai’s Odunayo Adekuoroye versus Haryana’s Tatyana Kit. Both of these World Championship bronze medalists, fought to win but Odunaya won 9-0, being the superior player. 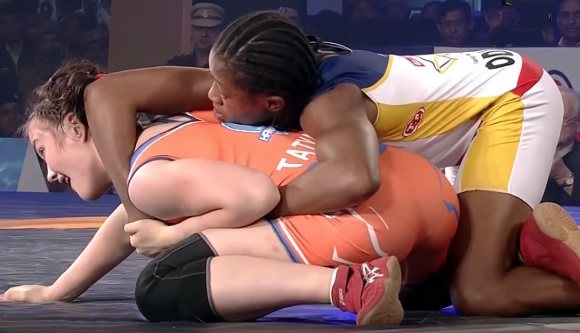 Odunaya, the 21-year-old Nigerian dominated the match and giving Tatyana no chances for any kind of comeback.

Odunaya came into the final not losing any of her competition matches.

The highlight match for Mumbai Garuda was the bout between Odikadze Elizbar and Andriytsev Valeriy of the Hammers in the Men’s 97kg category.

After the first round, Elizbar was ahead 4-2 and then he continued in superior style to win 6-4, which won the title for Mumbai Garuda. 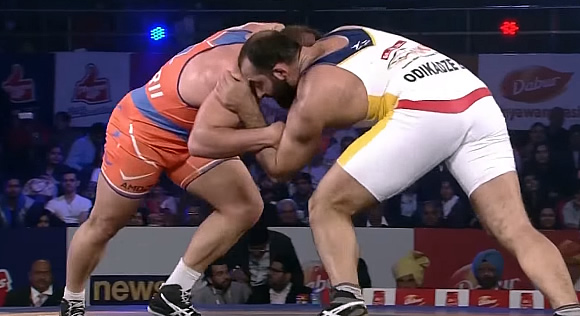 After their title win, Adeline Gray, captain of Mumbai Garuda, felt they were worthy winners since they has not lost in the league stages and followed their plan. She said:

“There are always nerves involved and butterflies in the stomach when you take the mat. We rose to the occasion and made sure that we executed our plans properly. We deserved to win.”

“I go home with joy and a lot of fond memories of the Pro Wrestling League.” 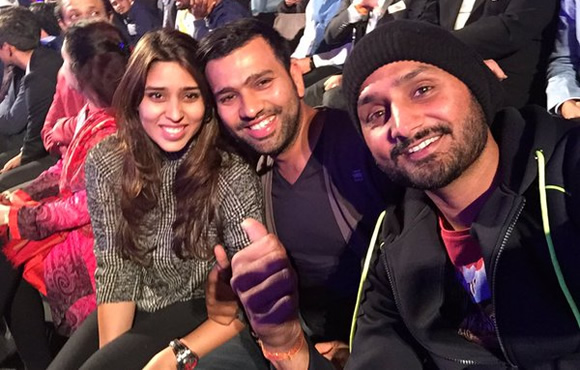 This first Pro Wrestling League competition was not free of some organisational confusion, which questions the ability of organisers, Pro Sportify the Wrestling Federation of India, to run such an event.

The late arrival of some players forced the decision of a change to the opening fixture on the eve of the tournament and the last minute confusion related to the semi-final, where Bengaluru Yodhas tweeted change of opponents in their fixture, did not reflect well on the organisers.

But no one can take away the glowing wins by the wrestlers of Mumbai Gruda in the final and their worthiness of being champions of the inaugural Pro Wrestling League 2015, the new competitive wrestling platform in India.

Baldev enjoys sports, reading and meeting people of interest. In between his social life he loves to write. He quotes Groucho Marx - "The two most engaging powers of an author are to make new things familiar, and familiar things new."
Goa Fans reaction to ISL 2015
Cricket Record broken by Indian Schoolboy