Schoolboy with Allergy Died after Cheese Thrown at Him

A schoolboy with a severe dairy allergy died after cheese was thrown at him by another boy. An inquest into the tragic incident is underway.

"I didn't know it was that serious."

An inquest into the death of Karanbir Singh Cheema is underway. The 13-year-old had a severe allergic reaction when a piece of cheese was thrown at him.

Karanbir, known as Karan, had a severe dairy allergy and when a slice of cheese “the size of a post-it note” hit him on the neck, it caused him to go into anaphylactic shock.

The incident happened at William Perkin CE School in Greenford, London, just before midday on June 28, 2017.

An inquest at Poplar Coroner’s Court was told on May 1, 2019, that Karan was also severely allergic to wheat, gluten, eggs and nuts. He also suffered from asthma and atopic eczema.

The teenage boy who threw the cheese claimed he did not know that Karan could die from an allergic reaction. He assumed that he would break out in a “rash or a fever”.

One of Karan’s friends who knew he had a dairy allergy, gave another boy the piece of cheese, before he was overheard saying “Karan is allergic to cheese”.

The other boy then threw it at Karan who went into anaphylactic shock at approximately 11:30 am. 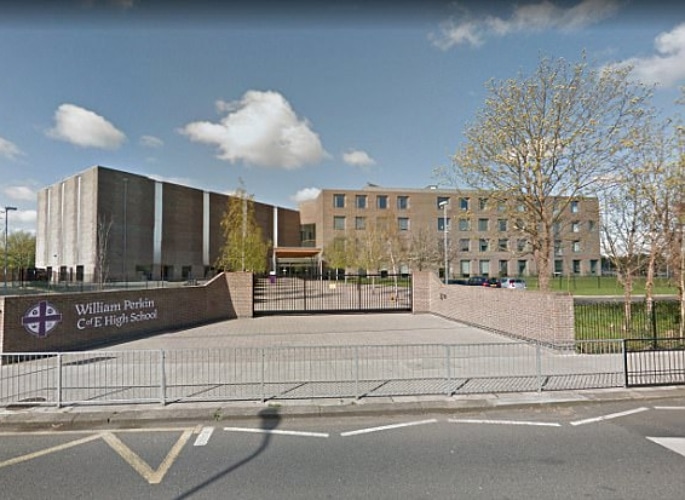 Medics battled to save his life, however, he died at Great Ormond Street hospital 10 days later surrounded by his family.

The two boys, both aged 15, provided evidence behind screens at the hearing.

The boy who threw the cheese told the coroner that he believed Karan would “get a rash or have a fever or something similar to that – I didn’t know it was that serious”.

The boy who handed the cheese said he knew that Karan had a dairy allergy. But he claimed he didn’t know that cheese is a dairy product.

He said he and Karan were acquaintances on “neutral” terms, saying:

“I knew he was allergic to some things, dairy and pollen.

“At the time I didn’t know dairy was cheese – milk and yoghurt, I would say that was dairy.

“I knew he probably had more [allergies], but I was only informed of the other ones.”

The boy replied: “I thought he would get a rash or have a fever or something similar to that – I didn’t know it was that serious.”

Karan had told the boy about his allergy the first time they met two years before his death.

He said: “When we were introduced, it was one of the first things he said to me.”

Speaking about the day of the incident, he explained: “I was at school, it was break time at around 11 am and I got a ham and cheese baguette from the cafeteria. Then I was eating it outside the cafeteria.”

He admitted being the one who handed the cheese and added:

“I gave him all the remaining cheese and then I went to my other friends, I didn’t see him after that during the break.”

Representing Karan’s family, Andrew Hogarth QC said to the boy that another pupil had overheard him making the comment about Karan’s allergy has he handed over the cheese. 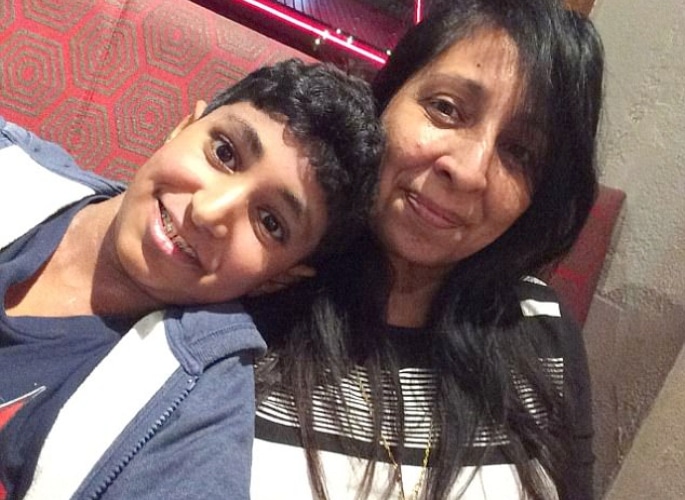 Mr Hogarth said: “In an interview with police he said ‘yeah, I saw him, because he wasn’t going to eat it, he emptied it out of the packet onto his hand.

“He said he heard you telling him that Karan was allergic to cheese – did you tell him that?”

It was heard that the boy who threw the cheese was known to throw food at other pupils on a daily basis. Earlier that day he had chucked a banana skin at someone.

The boy described his relationship with Karan as “casual” and said that they did not share any classes.

He was aware that Karan was allergic to bread but did not know about his dairy allergy.

He stated: “From a past incident I knew that he was allergic to bread but that’s all I knew – someone was eating a sandwich next to him and he asked them to move.”

The coroner asked if he knew what allergic reaction someone could get. The boy replied:

“I thought maybe he would get a fever or a rash and miss school for a while, I didn’t know it could lead to death.”

He then gave his account of what happened on the day Karan died.

“I went to get lunch at the first break, I was with my friend and I was pretty hungry – I asked him for a piece of food.

“I saw he had a small, little piece of cheese – as a joke, he handed it to me because I knew it wouldn’t fill me up.”

The coroner’s court was told he “flicked” the cheese at Karan from a foot away.

“With that small amount I went and I threw it at Karan – I didn’t know he was allergic.

“He was pretty close to me, he was the first person I saw… he was facing away from me.

“I flicked it at him with the finger of my other hand. I think it landed on the left side of his neck.

“After that Karan just told me ‘I’m allergic to cheese – I apologised then after that.’ 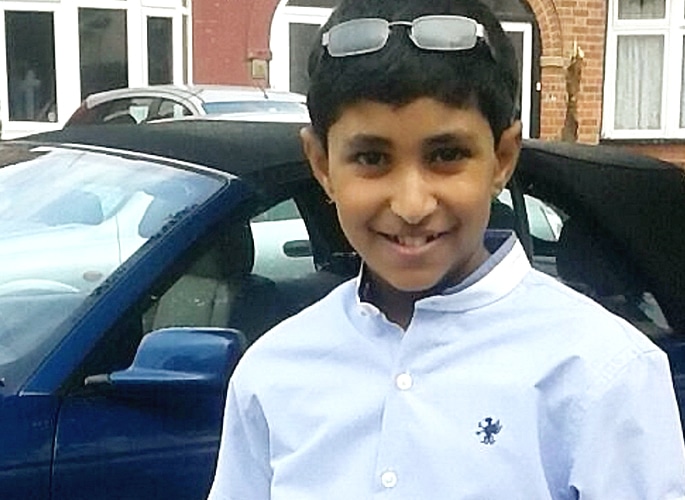 The coroner asked: “Why did you flick the cheese at him?”

He later added that “we would play games with whatever we had, that being food”.

The boy stated that he left the scene but was then called to the principal’s office.

“I went to the principal’s office, he said ‘what have you done? You know what you have done to Karan?’

“I was confused – they told me that Karan collapsed in the medical room and it was my fault.”

Mr Hogath then questioned the boy on whether he had discussed with the other boy on what they were going to say in evidence before the inquest.

He had noticed that their accounts of the incident were similar.

The boy said they had “discussed what happened once or twice” but denied they had planned what to say.

Mr Hogarth then added that there were differences in the statement the boy made at the time and what he admitted at the inquest.

He said: “In your first statement you said ‘he offered me some cheese and he had a tiny bit I thought it would be funny if I used the cheese for something, I threw it at one boy and then at Karan.’

When the boy was told that Karan’s family were present, he said:

Paramedics were informed that it was “just an allergic reaction” but when they arrived, Karan was “gasping for air” and had broken out in hives.

The staff had already administered two spoons of Piriton, an EpiPen and gave him his inhaler. However, shortly after the paramedics arrived, Karan stopped breathing.

Two paramedics began to perform CPR, gave him adrenaline and used a defibrillator while waiting for support to arrive.

Karan’s family were left devastated by his death. He was described as “so bright he could have been anything he wanted”. 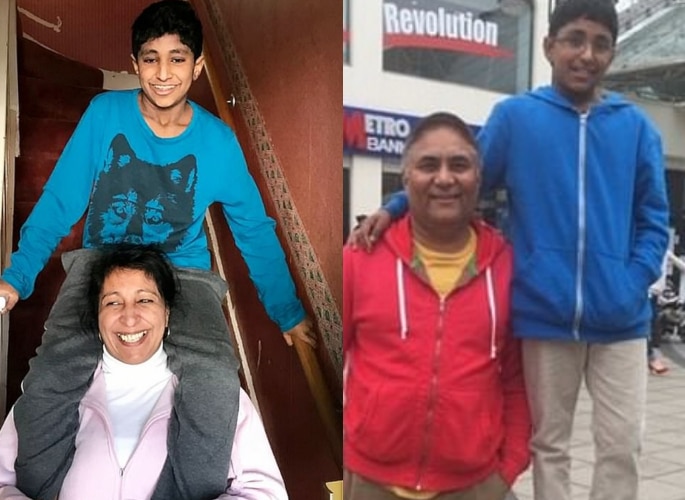 In a statement, a relative said: “I’ve never met anyone like him in my life. He would have done anything for anyone. He could have been anything.

“He loved taking things apart and putting them back together, he loved music. He would have done something out of this world, he was an extraordinary child.

“He was extremely bright – he knew very well how to manage his condition. He wanted to be a barrister but then changed his mind when he saw the size of the books.”

Karan’s mother Rina read a statement about his allergies to the coroner.

She explained that her son was “diligent” about his allergies and skin condition. She added that Karan was in good health on the morning of the incident.

Mrs Cheema also said the school had a detailed report on all of Karan’s conditions.

She was called by the school that day and asked if they could give Karan Piriton as he had eaten something he was allergic to.

A short time later, Mrs Cheema was told to come straight to the school.

At the hospital, Mrs Cheema was told by a consultant that it was unlikely that skin contact with food could cause someone to go into anaphylactic shock.

Mrs Cheema said: “The consultant didn’t think this was responsible, contact with the skin would not have caused this bad a reaction.

“In her 30 years in medicine, she was confident that a child wouldn’t have an anaphylactic reaction with something going down his neck.”

The inquest is ongoing and is expected to last three days.

Dhiren is a journalism graduate with a passion for gaming, watching films and sports. He also enjoys cooking from time to time. His motto is to “Live life one day at a time.”
Student Driver banned gets Back in Car and then Arrested
Sweet Talking Fraudster conned Women out of £600,000