How Failure to understand Allergies by Restaurants needs to Change

The tragic case of Shahida Shahid, who died after an allergic reaction, highlights how restaurants’ failure in understanding allergies needs to change. DESIblitz explores more into the concerning issue.

"I just hope this inquest now gives a lot of awareness to big restaurant establishments."

Restaurants are now under the spotlight, urged to improve their understanding of allergies. Tragic stories such as 18-year-old Shahida Shahid show these establishments are failing allergy sufferers – which needs to change.

In January 2017, the inquest into the case of Shahida concluded that “systematic failures” led to her death.

On 8th January 2015, the teenager collapsed after suffering from a severe allergic reaction. Just an hour prior, she had a meal with friends at a restaurant called Almost Famous. During the inquest, the jury heard how staff had failed to recognise Shahida’s dairy allergy.

First, the server, Reece Balfour, didn’t provide her with an allergen booklet, which was part of company policy. He also failed to tell her that the meal she ordered, a chicken burger, was marinated in buttermilk. Nor was it stated on the menu.

Shahida informed him of her allergy, which he consulted with the head chef Liam Tse. According to him, there was no discussion of a chicken burger, only marinara sauce. This meant she was told she couldn’t have the coleslaw or sauce included in the meal.

A sous chef prepared her dish but missed the note which stated Shahida’s allergy. As a result, he prepared it with the buttermilk. Within an hour of leaving Almost Famous, Shahida collapsed and a friend administered an Epi-Pen on her immediately.

She was taken to a hospital and sadly died 3 days later. In the inquest, the judge concluded there was a “lack of communication” between the server and chef. Afterwards, the 18-year-old’s father said:

“I just hope this inquest now gives a lot of awareness to big restaurant establishments, how they conduct their business and also shows how severe allergic reactions can be. We as a family don’t want any more deaths by allergic reactions.”

His words will resonate with many allergy sufferers and their loved ones. While many restaurants do have policies in place for allergies, it appears there is a concern that many are not meeting up to these requirements.

Throughout the UK, several cases have also emerged, highlighting these establishments failures.

On 15th January 2018, 8-year-old Asher had also suffered from a severe reaction after eating a buttered chicken dish. However, the meal contained nuts which the young boy has an allergy to. The reaction quickly came about, shortly after he took one bite of the chicken.

His mother, Reema, took him to an emergency room twice during the severe reaction. While Asher made a full recovery, his mother explained that she had told staff the 8-year-old’s severe allergy to nuts.

She also expressed similar sentiments as Shahida’s father, saying: “My son could have lost his life, and that’s not fair. As an advocate, I want to raise awareness for people who lack education. It’s about the next person (who has a food allergy).” 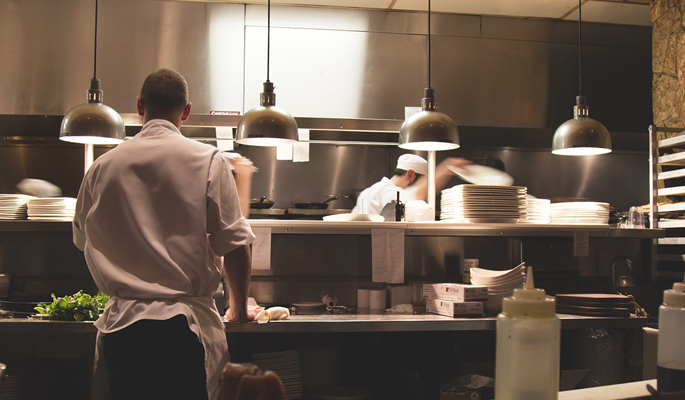 But this issue in restaurants isn’t unique in the UK. Other countries worldwide also contain establishments that fail to recognise the seriousness of allergies. One case that shows this is that of 29-year-old Amy May Shead.

In 2014, she travelled to Budapest, Hungary on a holiday with friends. She suffered a life-changing reaction after eating one mouthful of a chicken dish at a restaurant. It too also contained nuts, for which Amy May had a severe allergy to since she was a toddler.

However, she had shown their waiter a card explaining her allergy, written in Hungarian. She also asked 3 times if the dish was made with nuts.

While Asher recovered from his reaction, Amy May’s created a devastating impact on her life. Despite using two Epi-Pens, she suffered brain damage and now requires 24-hour care.

The 29-year-old had also suffered from a previous reaction at the age of 12. At a London hotel, she was served tomato soup which also contained nuts. All these cases paint a worrying picture of restaurants’ conduct, showing how change is urgently needed.

With these cases shown in the media, fears have grown amongst allergy sufferers. According to Allergy UK, 44% expressed fears of having a fatal reaction. In addition, hospital admissions for allergic reactions have increased by 30% over the last 5 years.

“I can go into a restaurant, tell them I have a nut allergy, and still they bring peanuts to the table.”

With potentially life-changing and fatal reactions, restaurants should not place allergies as a small concern. While the establishment Shahida Shahid went to failed her, perhaps her case will act as a wake-up call to others.

Perhaps then restaurants can begin to expand their understanding of allergies. Ensuring their staff act accordingly to their policies and no future tragedies happen again.