Enjoying the Benefits of Non-Dairy Milks

Non-dairy milks have been rising in popularity in recent years, DESIblitz has a look at some of the most popular non-dairy milks and their countless benefits.

"Many of these milks can be made at home such as hazelnut and almond milk."

Many people are now looking to substitute dairy products, especially milk. Whether this is because they’re vegan or vegetarian, have certain food allergies, or are just looking for a healthier option to help adjust their lifestyle.

It can be quite overwhelming getting your head around all the non-dairy milks available and trying to work out which is best for you, so to ease the process we have compiled a list of the most popular non-dairy milks and the benefits of each. 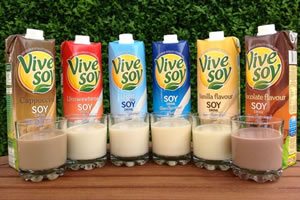 Soy milk also known as soya milk is perhaps one of the most popular substitutes for milk. The Telegraph stated that it is now regularly purchased by over 4 million of Britain’s 26 million households in comparison to the 3.4 million in 2006.

This beverage is made from soybeans and has a similar texture and naturally tastes sweeter than cow’s milk. It is most popularly consumed in China and used in Chinese cuisine. Vivesoy, Aplro and Breeze are the most popular brands for soy milk, with most selling a good variety of flavours.

Soy milk is cheap, healthy, easy to find and it is even available in Starbucks and is offered with their Frappuccino’s! Soy milk has almost as much protein as cow’s milk, no cholesterol and less fat.  Most soy milks are fortified so they contain an equal source of calcium as cow’s milk. 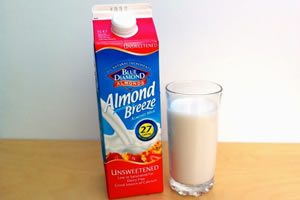 Almond milk has recently become a very popular substitute for cow’s milk, maybe it’s because of its nutty taste or perhaps of its endless health benefits, but nevertheless it is one of the best non-dairy milks available.

Made from almonds, this milk has a high concentration of vitamins and minerals, plus it is low in fat and calories. Like all the other non-dairy milks it contains no animal by-products and is also free of lactose, gluten and casein.

Similar to hazelnut milk, almond milk also has a good source of the antioxidant vitamin E protecting you from a number of degenerative illnesses. However, almond milk does not contain the nutrition of breast or formula milk, and can cause tree nut allergies in children, so it is not safe for infants to consume.

Hazelnut milk is naturally free from dairy, gluten, soy and lactose; it contains no cholesterol, and is low in calories and saturated fat.

As the name suggests hazelnut milk is made from hazelnuts, it is light and creamy in texture and has a rich nutty taste and tastes great in coffee or just on its own. Aplro and Breeze are the most popular brands that sell hazelnut milk, however those with a nut allergy will have to stay away.

Hazelnuts have many benefits, they are an excellent source of the antioxidant vitamin E helping to improve the health of the heart muscles and promote healthy hair and skin. It can also help prevent cancer, heart-disease and anaemia. 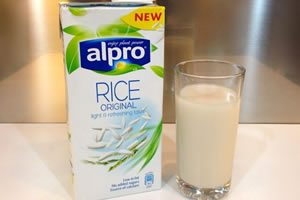 Rice milk is a great alternative to those who are allergic to soy and it is lactose free. Although it doesn’t offer the same amount of health benefits as soy it is still healthy nevertheless.

It is made from boiled rice, brown rice syrup and brown rice starch; thickening agents are usually added as well as sweeteners. Typically vanilla is added to make it taste similar to cow’s milk, however it is generally much sweeter than cow’s milk.

Although it contains more carbohydrates than cow’s milk, it has no cholesterol making it much healthier for your heart. It contains around 3 grams of fat per cup and 140 calories. Rice milk can easily be made at home, although it doesn’t have the benefit of being nutritionally forfeited. 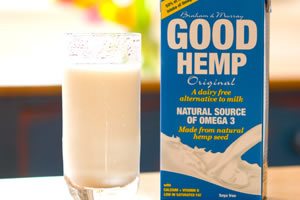 Hemp milk is less common than any other milk and perhaps harder to find in supermarkets. Braham and Murray are possibly the only brand you will find selling hemp milk and can be found at Waitrose and Tesco.

Made from hemp seeds, they are soaked and grounded in water to make a creamy nutty milk beverage. It contains a good source of protein and 10 essential amino acids.

Surprisingly hemp milk is made from the same plant which is used to make marijuana, as mention by Dr Weil: “The seeds, and products made from them, don’t contain any THC delta-9-tetrahydrocannabinol), the psychoactive component of marijuana.” – So you won’t be getting high from drinking hemp milk.

There are plenty of other non-dairy milks available such as coconut and oat milk, and practically all non-dairy milk substitutes are great to use in baking, and in most recipes it’s almost impossible to taste the difference. As with normal cow’s milk, all these milks can be used in hot and cold beverages, as well as cereal and food.

Many of these milks can be made at home such as hazelnut and almond milk, and it is also possible to purchase these milks in butter form, or if you are feeling really adventurous try making it yourself.

There are many brands available in the UK which sell non-dairy milk such as; Oatly, Breeze, Aplro, KoKo, Vivesoy as well as supermarket own brand names. Most brands taste different from each other so it’s best to trial a few before completely giving up on the milk itself.

Wanderlust at heart, Fatimah is passionate about everything creative. She enjoys reading, writing and a good cup of tea. Her life motto is: “A day without laughter is a day wasted,” by Charlie Chaplin.
Reviving Vintage Make-up
The Truth behind Detox Diets