India revs up for first Formula One

Formula One is a major racing sport and highly recognised for its significance as a motor sport. Now, F1 is making its way to India for the very first time with a grand prix taking place in Delhi, India.

"It's a once in a lifetime experience, and I feel extremely fortunate"

Motor sport history will be made in India between October 28th-30th 2011 when the first ever Indian Formula One race, called the Airtel Grand Prix, will take place at the Buddh International Circuit in Delhi, India.

Formula One (F1) fever is fast spreading across all over the country. The race which is all set to make its debut on India’s sporting scene has caught the attention of the Indian sports fraternity and they are all looking forward to the epic weekend. 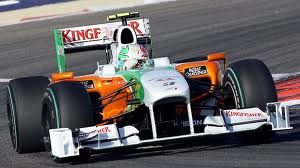 Bhaichung Bhutia, Indian footballer said: “I am a great fan of F1 and I am really looking forward to this wonderful weekend. As an Indian it is great that F1 is coming to the country. I am excited about it.”

Indian Basketball Player, Prashanti Singh said: “It is a great beginning. Sports are commercialising in India and more and more new events like F1 would widen the sports viewing audience. So it’s a great thing and I am really forward to it.”

Shooter, Gagan Narang said: “It feels great to see our own very Delhi on the Formula One map now. I feel after the Common Wealth Games, the coming of F1 truly makes Delhi sub-continent’s sports capital.” 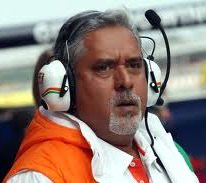 F1 which is seen as one of the most toughest and costly sports and it is destined to change the sporting fabric of India, commonly known for its cricket and hockey.

The Indian racing team is known as ‘Force India’ and the team boss Vijay Mallya has admitted that this weekend’s Indian Grand Prix will be the biggest race to date for the Silverstone-based team and a ‘major step forward for Indian motorsport’ which will put India on the F1 map.

“This weekend is a very significant moment and I’m extremely proud. It’s a major step forward for Indian motorsport and for sport in general in our country. We are all looking forward to it immensely.”

“This is a very important weekend for Sahara Force India and we are all determined to be as competitive as possible. I want to savour every moment of what will surely be one of the most spectacular events of the season and the start of a great Formula 1 tradition in India,” added Mallya.

Reebok is an official sportswear partner for Force India and has dedicated a collection of clothing and accessories inspired by the Force India F1 team. 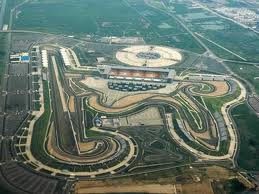 The Buddh International Circuit is a fast track with a width of up to 20 metres in certain areas which should mean that overtaking opportunities won’t be scarce.

The circuit is up and down with 8% downhill slopes and 10% inclines adding to the challenge of the track. There are three high speed straights and a number of slow speed turns meaning that getting the set-up right won’t be an easy task.

Bernie Ecclestone Formula 1 commercial supremo, revealed that he had concerns about the venue and whether India would be ready to stage its inaugural grand prix.

“I was pessimistic a fortnight ago. I was sent pictures of the track and I thought: ‘Christ, we’re not going to get it finished in time,’” said Bernie in an interview with The Guardian. 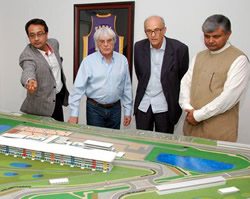 “But what they have done in the meantime – and I’ve been sent more recent pictures – is incredible.

“The people there are very anxious to be sure they’re doing a good job and they are very passionate about their sport,” added Ecclestone.

The only Indian driver competing in the race will be Narain Karthikeyan. In 2005, he became India’s first F1 competitor when he made his debut with Jordan. He is replacing Vitantonio Liuzzi in this race only for HRT.

Karthikeyan, whose from Coimbatore, India, raced in the Le Mans Series and most recently in the NASCAR Camping World Truck Series before returning to F1 this year. 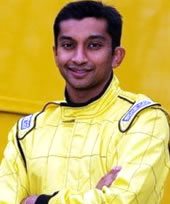 “It will certainly be an eye-opener, there’s no two ways about it,” said Karthikeyan.

“Driving in front of the home crowd cheering on is going to be a surreal experience,” he said.

“It’s a once in a lifetime experience, and I feel extremely fortunate. There is a huge buzz around the grand prix already, and I’m sure that it will be a resounding success that will motivate more youngsters towards the sport and give us the future F1 drivers,” added Narain.

“Making it into F1 at the time I did was a seriously uphill task and the thought of being able to compete in the inaugural Indian GP was non existent. But it is finally here and I’ll be on the grid.” 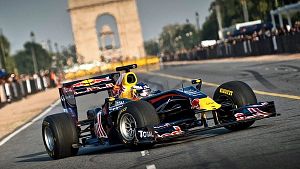 F1 racer Daniel Ricciardo said: “I haven’t seen the circuit yet but I’ve tried it out on Red Bull’s simulator. I’ve heard it looks quite good from Mark and Sebastian and if they say that then usually their judgement is pretty good. It’s always nice to go to a new place and circuit.”

Colin Kolles, Team Principal said, “Finally the time has come and we are heading to India for the first ever Formula 1 Grand Prix in its history. Going to new countries and race tracks gives all teams and sponsors a new platform and opens new opportunities that can be highly beneficial to the sport.”

“Despite not being the most popular sport in India, the excitement around the Grand Prix and the effort that everybody is doing, makes us think that it will be an extremely popular event. And for HRT, it is even more special,” said Colin.

“Having Narain Karthikeyan, the first Indian driver in F1 history, and Tata with us makes it feel like a home race. Narain is a talented driver and we are proud to be going down this path with him,” added Kolles.

This F1 race shows how far India has progressed in sport and portrays that it is opening up to sports which were never ever considered to take place in India or for Indians to even participate. Truly, a major milestone for Indian sport, the participants and the nation as a whole.

Baldev enjoys sports, reading and meeting people of interest. In between his social life he loves to write. He quotes Groucho Marx - "The two most engaging powers of an author are to make new things familiar, and familiar things new."
Is Indian Football taken seriously?
Vettel wins India Formula One