No matter if you’re into house, Bhangra, EDM or hip hop, these iconic South Asian DJ sets will get you up and out of your seat.

"This set blended so much of the music that shaped me"

What’s better than seeing more representation in the music industry? It’s these legendary South Asian DJ sets that are announcing a modern wave of talent.

Periods like the British underground showcased how those of South Asian descent can keep up with mainstream artists.

However, long gone are the days of fusing just Bhangra and garage anthems. DJ sets are much more than that.

That’s not to say these DJs aren’t still blurring the lines between Desi and urban/mainstream music, because they are, and impressively so.

But, in order to diversify this artistic area, more DJs are utilising the different musical scopes they’ve been exposed to.

If these live sets are anything to go by, then the future of music is truly changing. But, experience this for yourself.

These mesmerising performances will satisfy your every need and may even make you a fan of some new styles of music. 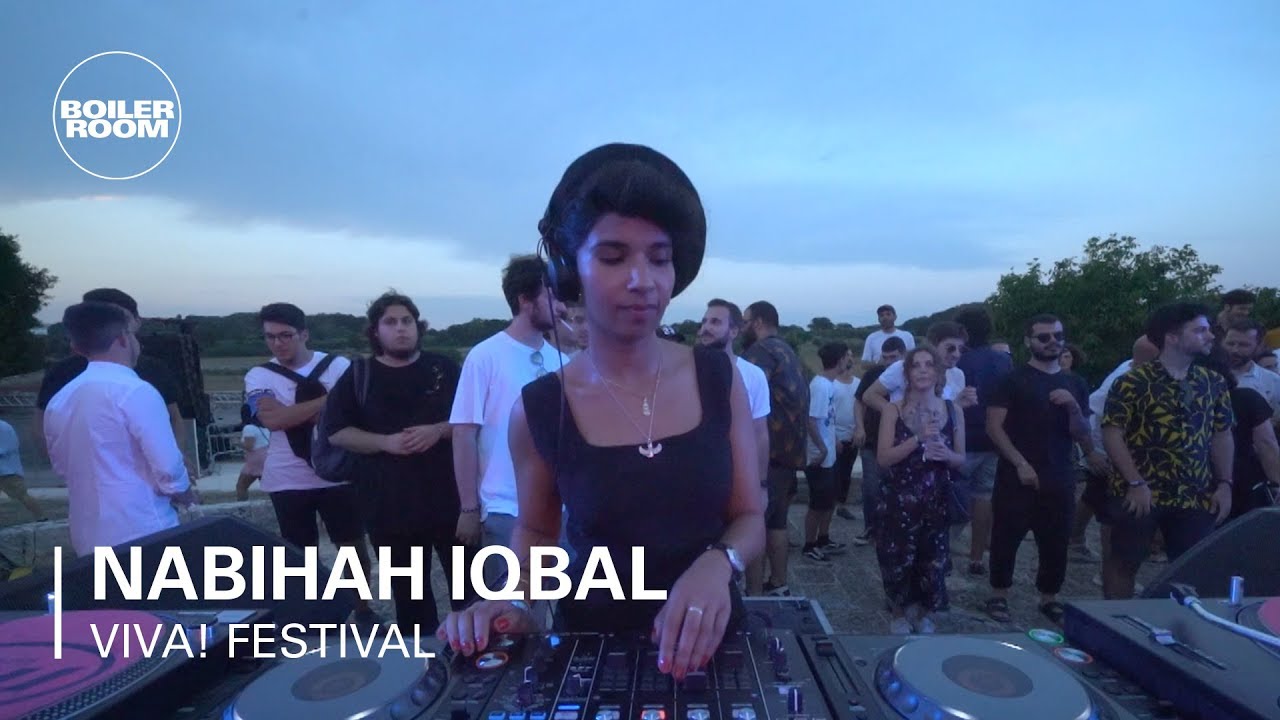 Nabihah Iqbal is no stranger to the DJ scence.

She is one of the trailblazers of the art and has been paving the way since her emergence in 2013, using the alias ‘Throwing Shade’.

Hailing from London, Nabihah has built up a repertoire of musical versatility.

From house to indie, her exploring nature was on full showcase at the 2018 VIVA! Festival.

The samba and jazz vibes of the set are entirely refreshing and she pleases the crowd with her seamless blending of different songs.

The latter is a Portuguese cover of Michael Jackson’s famous 1979 track, ‘Don’t Stop ‘Til You Get Enough’.

This is just a taster of what makes this one of the most experimental South Asian DJ sets.

However, the musician is not just one-dimensional. If you want to witness her techno and upbeat side, then she has an impeccable Lab LDN set.

Or, if you want to stay with the carefree vibes, then she has a smooth reggae-filled set with The Vinyl Factory. None of her productions will disappoint you. 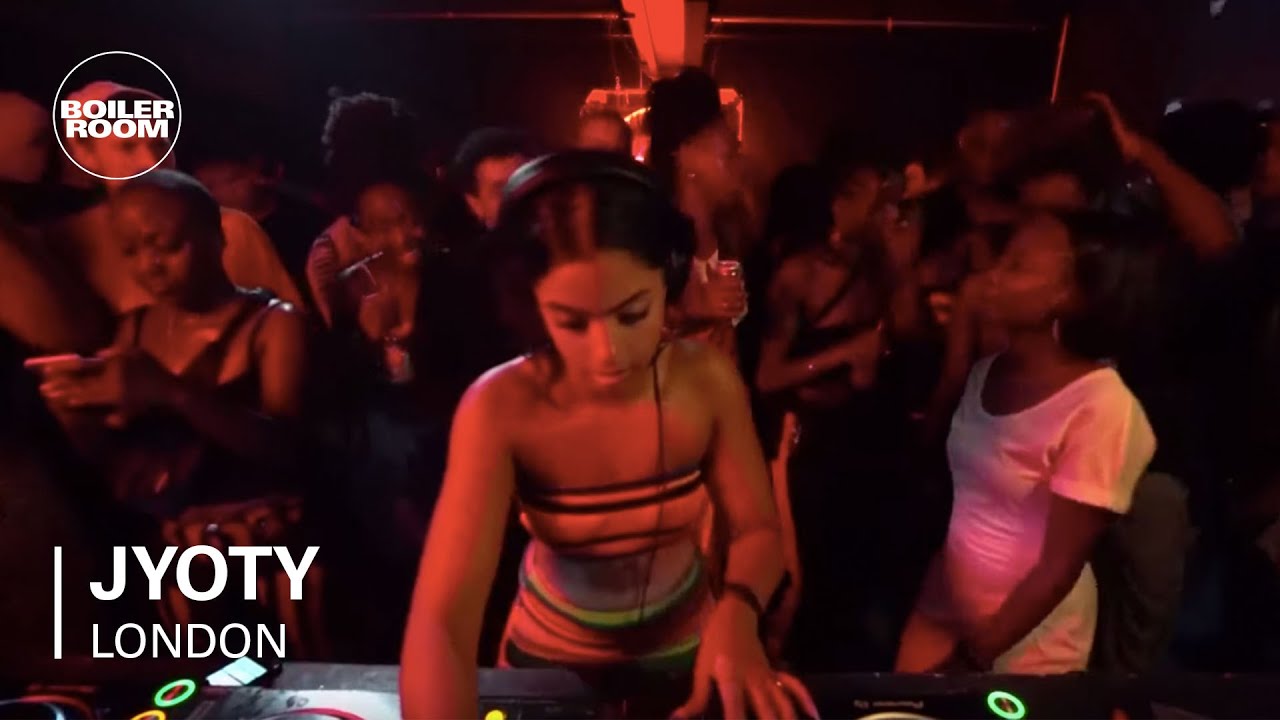 Whilst Jyoty Singh self-proclaims that she is not a South Asian DJ, but just a DJ in her own right, her talents are undeniable.

The Amsterdam-born musician’s meteoric rise came from humble beginnings, from working in a cloakroom to a Rinse radio presenter and in-demand DJ.

Her infectious energy made its way to the Boiler Room stage in 2019 with a roaring set that set the audience alight.

Racking up over 1.7 million YouTube views, the UK garage, bashment, hip hop and dancehall mixture was eclectic. She had people bouncing and walls shaking.

The versatility and transitions of her performance are absolutely stunning.

But Jyoty admits that this has been influenced by her relocation to London, telling the publication gal-dem:

“London has more subcultures to offer…

“…if you’re in London and only want to hear drum’n’bass or dancehall, you can find that. I also think that London tends to be way more mixed.

“I would visit London for a techno night and be amazed at how mixed it is.”

Well, Jyoty certainly brings this mix of cultures in her live DJ sets. This Boiler Room performance solidifies that. 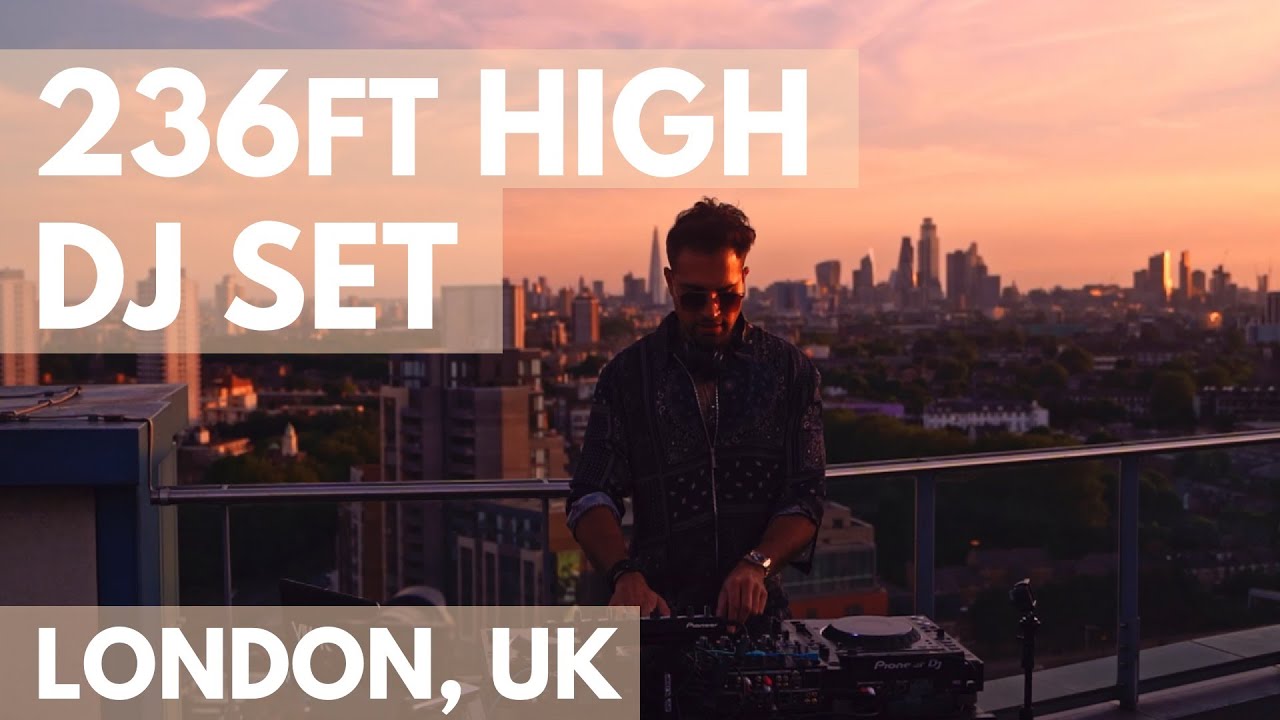 One of the UK’s emerging stars is Vik Toreus who is a sought-after international DJ and music producer.

Having already graced the stage in countries like Brazil, Italy and Australia, Vik’s electric fusion of urban and electronic sounds is captivating.

However, the South Asian DJ isn’t shy from experimenting with different genres like Latin and reggaeton.

He put all these inspirations on show in his breathtaking London rooftop set in 2020.

The cinematic performance took place at 236ft high against a gorgeous sunset. But the true beauty was in his South Aisan, funky and Latin house mashup.

What makes South Asian DJ sets so magical are their recipes for different heritages. Vik has this down to a tee in this production.

His performance is melodic yet lively, soulful yet stimulating. He has previously stated:

“I give it my all on the decks. Try my best to make everyone happy.

“The more diverse, the better. I give them what they know and love, and what I think they will love!”

You can listen to this set on any occasion but every time, you will be able to truly appreciate the mastery Vik brings. 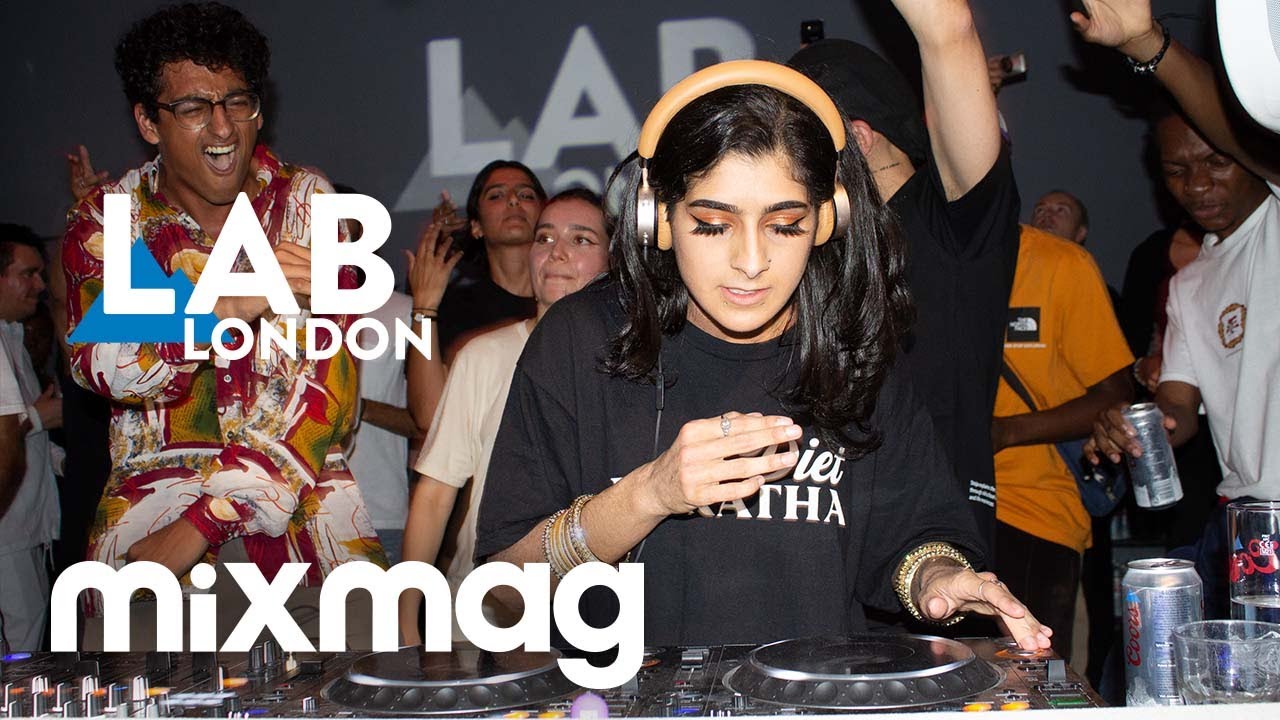 With over 50,000 YouTube views comes this historical set from some of the most prolific South Asian DJs in the game.

The special set was part of Mixmag’s South Asia series which highlighted the diaspora in music.

Mixmag is one of the innovators for DJs and this set emphasised just how aware the platform is of these gifted DJs.

DJ Priya brought her entertaining mix of bashment with a Desi twist whilst Darama caused an uproar fusing South Asian and electronic sounds.

Whilst the audience was raving and going wild, in comes one of the catalysts for British Asian DJing, Ahadadream.

His unforgettable percussive transitions and fusions of grime, kuduro and UK rap were tantalising.

But, this was all magically topped off by Manara with Nabihah introducing her to the front as the ‘Queen of Blend’.

Manara’s performance was seamless. Chopping through house, garage and Bollywood samples, her fast-paced injections lit up the dancefloor.

This production was met with immense praise. Desi Lofi commented:

“This was really refreshing. Heard so much new music. Mad props to everyone involved.”

What engrained this set into DJing history was that each musician showcased the unique and different elements of their surroundings.

But, they never forgot to include hits from South Asia to almost boast that “yes we can do this too”. 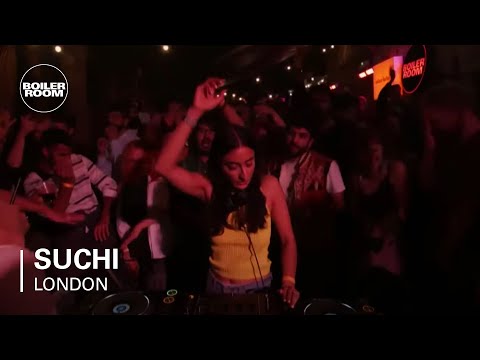 As part of the collective’s takeover, SUCHI took to the decks to play out some amazing deep house tracks.

Combining touches of trance, Indian disco and techno, the musician’s ear for unique music is impressive.

Her genre-blending approach comes from the influences of her hometowns.

In 2022, Mixmag named her one of the top 25 artists to watch. This comes as no surprise given this Boiler Room set.

The audience was treated to punchy UK breaks, tabla percussions and vocal manipulations.

Throw in some synths, soulful disco and electro touches, and you have one of the most decadent DJ sets to have been created.

SUCHI’s infectious energy has led her across the world from Hyderabad to Spain.

With such critical acclaim and mass approval, she is one of the most promising DJs making a name for herself. 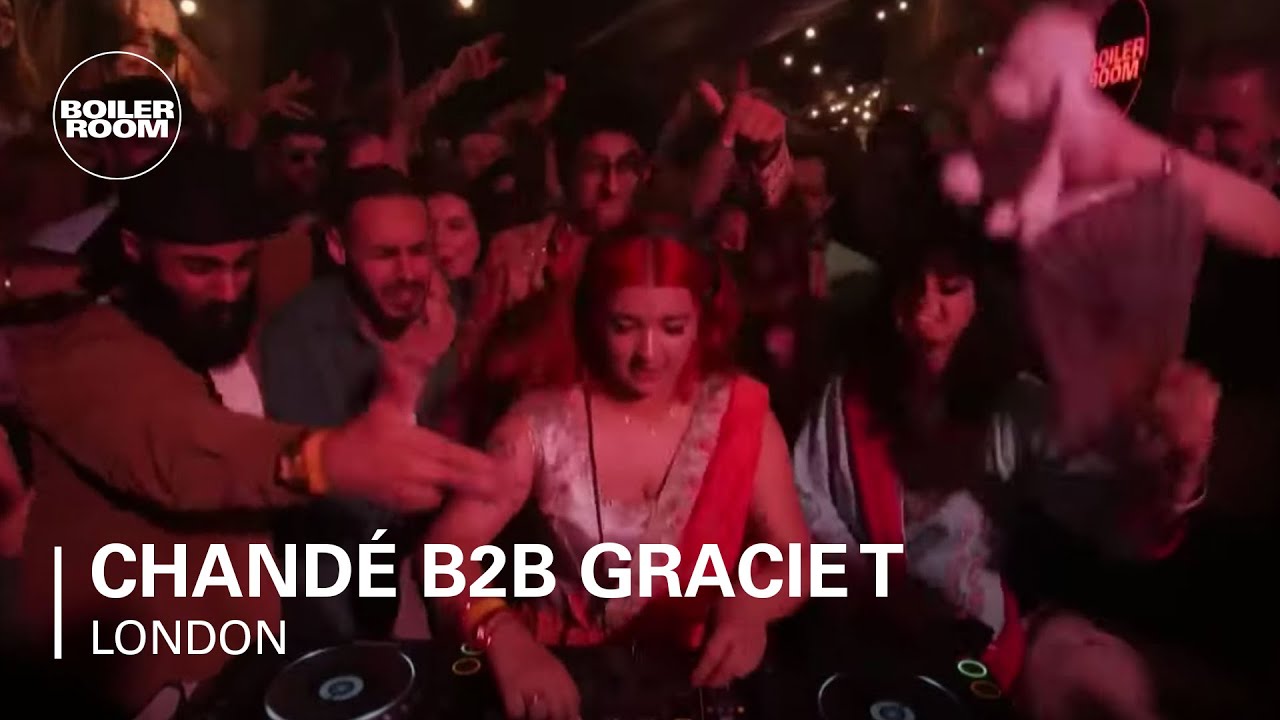 One of the most unforgettable South Asian DJ sets to have blossomed out of the UK is from Daytimers members Chandé and Gracie T.

Both DJs brought an insane amount of energy with their own unique sounds.

The two artists went back and forth, mixing various tracks into one another and giving the crowd a blinding fusion of music.

From Bollywood to garage to UK rap, this set has it all to lift you off your feet. If versatility is your thing then this is the one to see.

Also, the inclusion of anthems like ‘Ladki Badi Anjani Hai’ (1998) and Sukshinder Shinda’s ‘Daroo’ (2002) keeps flooding you with retro flashbacks.

Both artists were decked out in traditional Desi wear which just emphasised the cultural grip this performance has you in.

But, the set is not overwhelmed by a South Asian aura. In fact, it exists in the background and as an undertone of the performance, which makes it even more impressive.

An avid fan of the set, Rico, emphasised just how impactful the DJs were:

“This is easily one of the best boiler rooms of all time for sure, Chandé and Gracie T are goated.”

Rico’s comment is not one to take lightly. In 2015, The Guardian reported that Boiler Room has streamed over 3.5 billion minutes of music.

This number is of course much higher but highlights just how poignant this set is. 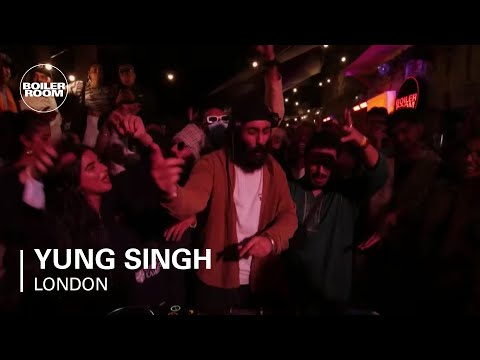 With over 320,000 YouTube views, Yung Singh’s headlining act at the Daytimers’ take-over event was a spectacle.

It’s no secret that the DJ is an advocate for British and Punjabi garage sounds. As is shown in his legendary ‘Sounds of Punjabi Garage’ mix for Shuffle ‘n’ Swing.

However, the sonically gifted production was just the tip of the iceberg.

It was the live Boiler Room mashup of his deeply rooted inspirations of UK and Desi music that really skyrocketed Yung Singh’s status.

The audience was gifted with electric fusions of Dubstep tracks like ‘Night’ (2008) and Bhangra hits such as ‘Dhol Jageero Da’ (2005).

Of course, in true Yung Singh fashion, there were loops, breaks, drum manipulation and seamless transitions to make sure the music never lost that vibrancy.

Watching the set, it’s clear how effortlessly the artist is able to mix and how refreshing his track choices are.

Not only do they represent the artist but the entire British Asian experience. Arrun Johal, a fan of the DJ reacted to this performance, stating:

“Part of my experience as a British Asian has been struggling with my identity.

“This set blended so much of the music that shaped me into one session. Looking forward to more of Yung Singh in the future”

Arrun’s comments amplify just how Yung Singh and the rest of these DJs are introducing a new face to music.

South Asian DJs don’t just need to play Bhangra or Bollywood music, they are so much more creative than that.

It’s not just about representing their culture, they are showcasing the true nature of the South Asian identity.

That identity comes from numerous places and it shows through their music. That’s why they are catalysts in setting the world alight with these spellbinding DJ sets.

So, feast your eyes and open your ears in the pleasure of witnessing some truly original performances.