We spoke to Brit-Asian YouTuber and published writer, Humza Arshad about his book, ‘Little Badman and the Time-travelling Teacher of Doom.’

"I have to do it bigger, better and funnier."

Popular actor, YouTuber, comedian and writer Humza Arshad is back with his latest children’s book, ‘Little Badman and the Time-Travelling Teacher of Doom’ (2020).

Humza Arshad’s new children’s book is the sequel to his first-ever book, ‘Little Badman and the Invasion of the Killer Aunties’ (2019).

Interestingly, Humza began his journey as an online comedian on YouTube with his hit video series, Diary of a Bad Man in 2010.

Since then, his rib-tickling video series has garnered over 96 million views.

Known as one of the most popular British Pakistanis, Humza Arshad has gone on to become the Ambassador for YouTube’s Creators for Change campaign.

Not only that but he has starred in, wrote and directed the BBC Three mockumentary, Coconut (2017) as the TV reporter, Ahmed Armstrong.

His latest venture sees Humza Arshad as a writer of children’s books. Published by Penguin Random House, his book is filled with mayhem, mystery and comedy. 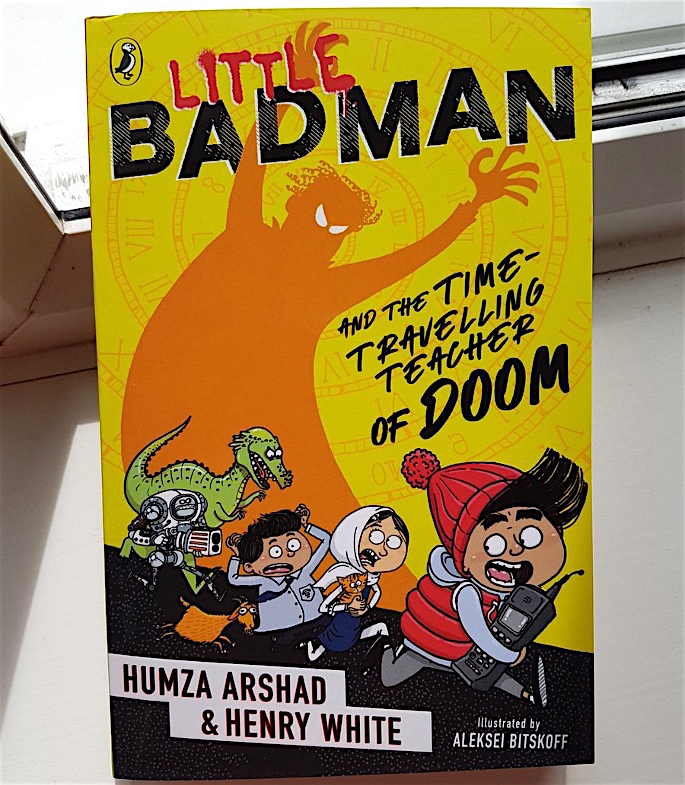 What got you into writing?

“I was always writing whether it was sketches or stories for my YouTube channel since I was young.

“So, it was something I was always used to. Storytelling is a passion of mine. But I never really thought I would be in a position where I can say, ‘I am an author now.’

“I saw a gap in the market and I wanted to make people laugh and smile in different ways, not just visually but by creating a story in a book.

“It was something new for me, but I am definitely enjoying the experience.”

Elaborating on the gap in the market, Humza revealed:

“I remember seeing that in 2017 all the books that were published in the UK, only 1% of all those books had a main character that was Asian or Black.

“I think is ridiculous when you look at the UK and how diverse it is. I feel that having 1% of books that represent a different community other than white was very disappointing.

“So, I remember seeing that and I really wanted to make a difference. Even when I was young, I don’t think I was invested in reading.

“But maybe if I saw a book with a main character that looks like me it may have inspired me to pick it up and start reading from an early age.

“Hopefully we can give more opportunities for children to start reading.” 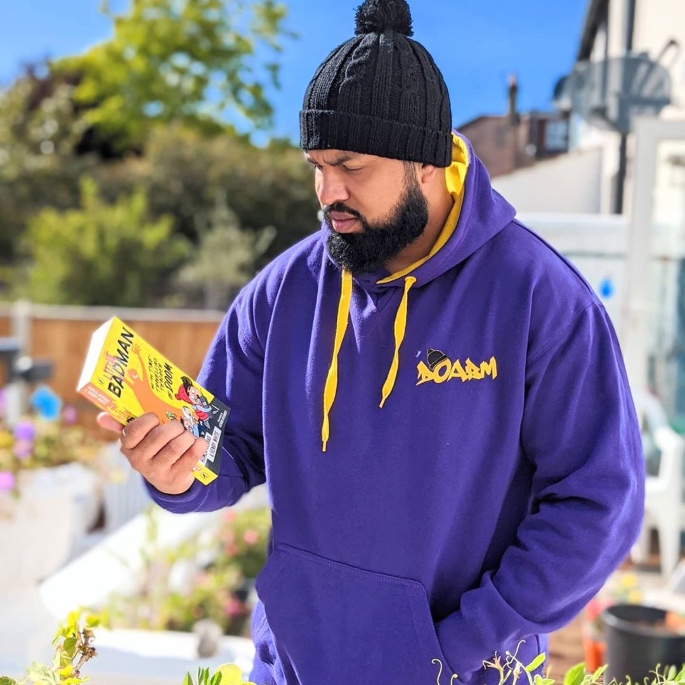 Responding to how much Little Badman in the book is like to real-life Humza, amusingly he disclosed:

“He always gets into trouble which is pretty me really. I started with Diary of a Bad Man on YouTube channel.

“I wanted to tell a story about him when he was young. Diary of a Bad Man is kind of like me, but the exaggerated version.

“There are elements of Humza in the Diary of a Bad Man world and the book world that was a lot like me.

“When I write sketches for Bad Man, I am kind of writing it as myself but in just another world. So, there are definitely similarities.”

Despite the book being categorically defined as a children’s book, Humza explained how it has a wide-reaching appeal across all ages. He said:

“The book is catered for 8-12-year-olds, but me and Henry, we wanted to create a story where the parent who would pick it up for their son and daughter to laugh too.

“We kept that in mind early on. Even though it’s a children’s book, many of my fans are older who have given it a go and they have said, ‘I’ve really enjoyed that.’

“I think it is cool because we added in a few jokes for the adults and we made it for them to be invested in this fun child world.

“We created this story to be fun for anyone and that’s the beauty of comedy. If you get it right it is universal and anyone can have a laugh.” 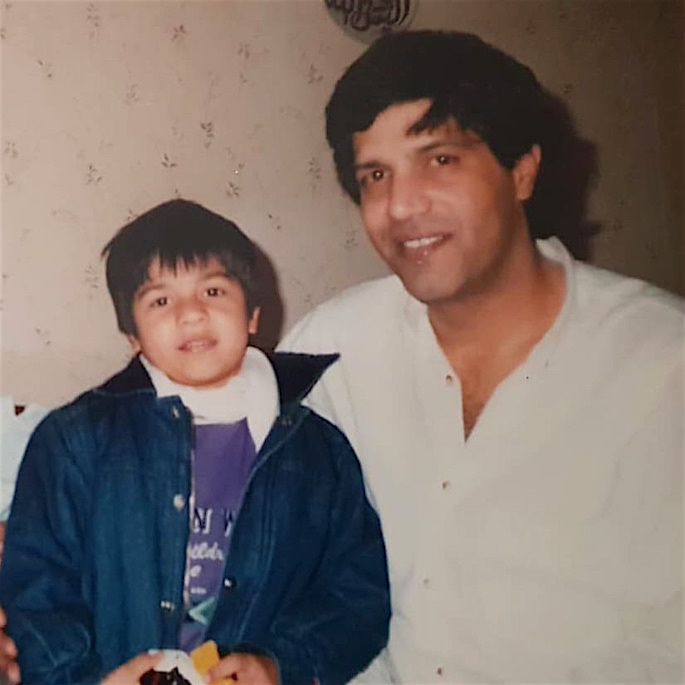 Who are your inspirations?

Speaking about real-life inspirations he used in the book world, Humza said:

“One of the best ways to make people laugh is by speaking the truth. And for some weird reason, when you speak the truth someone else can connect to that truth.

“They find it funny. I am from a Pakistani background, I looked at how my mum is, how my dad is, how my aunty and uncle are.

“They’ll be different things that they do, that all my friends can relate to. And even people who are not Asian.”

“I looked at my own world, the characters around me and I put that in the book. There is a lot of truth to the world and relationships with Badman and his family.”

“For me, as a Pakistani, I am very proud. It’s really funny. A lot of the time I would make fun of traditions and people in general.

“But the reason I do that is because I love Pakistan and I am very proud to be Pakistani. So, I tried to incorporate that into my work.”

Why Pakistan for Second Book?

Using Pakistan as a setting for his second book seemed to evolve from the first one being set in the UK.

“We wrote the first book which was based in the UK, ‘Little Badman and the Invasion of the Killer Aunties.’

“Me and Henry spoke and I said, ‘If we do another one, I would love for him to go to Pakistan to his roots.

“We were very fortunate to get the second book and it was a dream of mine.”

Interestingly, Humza Arshad’s can see his Badman world on the big screen. He said:

“Even if I ever did a movie, I would love to do a movie of Badman in Pakistan.” 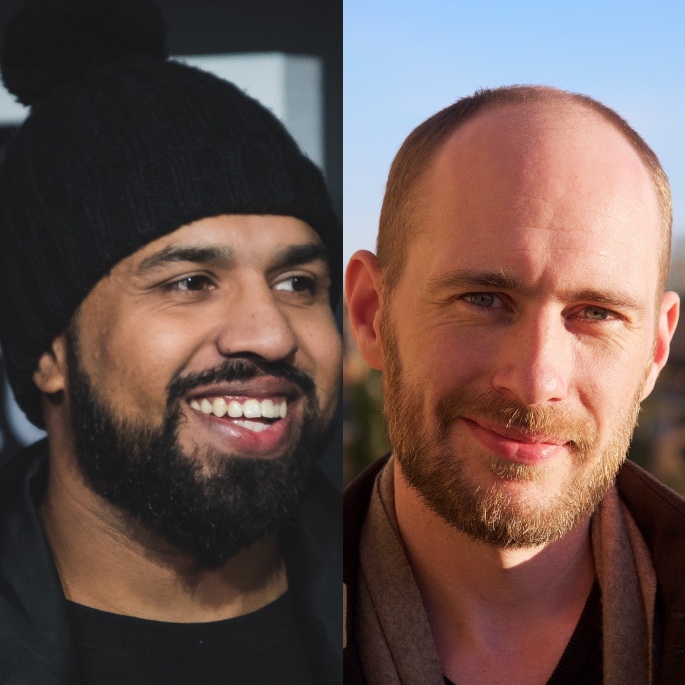 ‘Little Badman and the Time-Travelling Teacher of Doom’ was co-written with comedian Henry White.

Talking about the experience of working with Henry, Humza jokingly said:

“My spelling is terrible. It can even be considered a sin. So, I definitely needed Henry for that.”

Sharing an exclusive with DESIblitz, Humza Arshad revealed that his popular YouTube series was once commissioned by BBC.

“Me and Henry have known each other for a while.

“A lot of people don’t know this, but a few years back, BBC wanted to commission Diary of a Bad Man.

“I partnered up with Henry. We wrote the first episode and it was hilarious.

“The week when everything was going to be finalised, BBC announced that they were only going to be on iPlayer.

“I thought I don’t want to do online stuff. I hesitantly pulled out because I was already comfortable with the online world I have on my own channel.

“We’ve had a good friendship since then. It was only right that I worked on this with him. He’s brilliant and super talented so very happy to work with him.”

Humza Arshad divulged whether he found the process of writing the sequel easier or difficult compared to his first book.

“I think if anything it was easier. With the first book, you have to keep in mind the tone, the world, the characters.

“When you’re making the second book you have answered all of that. It’s an extension of what you have already built.

“The first book was really hard. We spent a year just getting everything right. But once we got that, we were flying.

“The only thing that was harder, because it is new to me but something I have always instilled in myself, if I do something again, I have to do it bigger, better and funnier.

“There was a lot of pressure to make sure that this book was even better. I think we accomplished that.”

Humza Arshad continued to credit the illustrations courtesy of Aleksei Bitskoff. The colourful and quirky illustrations perfectly encapsulate the notion and vibrancy of Little Badman.

Humza mentions that Aleksei Bitskoff was the perfect match for his books because he loved her work as the illustrator understood his vision. 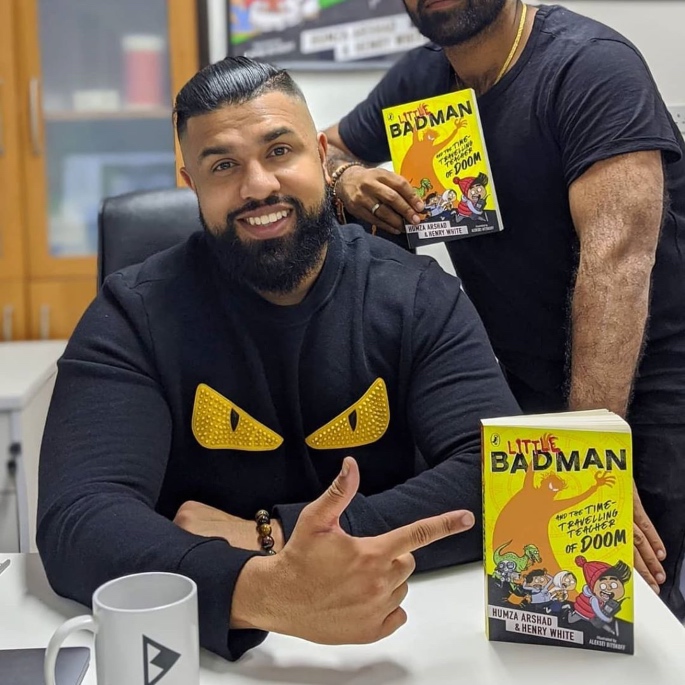 “I can’t really take their words seriously. They have told me they love it but if they are lying that’s on them.”

He continued to reveal the reactions he has received from fans on social media.

“The response has been amazing. The messages I’m getting from fans on social media, people tagging me that they have ordered the book, it’s really special.

“It means a lot to us. We’re making a difference and a change. I think it’s really good for the kids.”

We asked Humza which medium of entertainment he preferred – YouTube or writing. He answered:

“YouTube is what made me and I will never want to leave YouTube even if I’m getting a million views of one view.

“I love YouTube. I love them for allowing me to make my own brand. So, I would say YouTube. But I enjoy them both in different ways.” 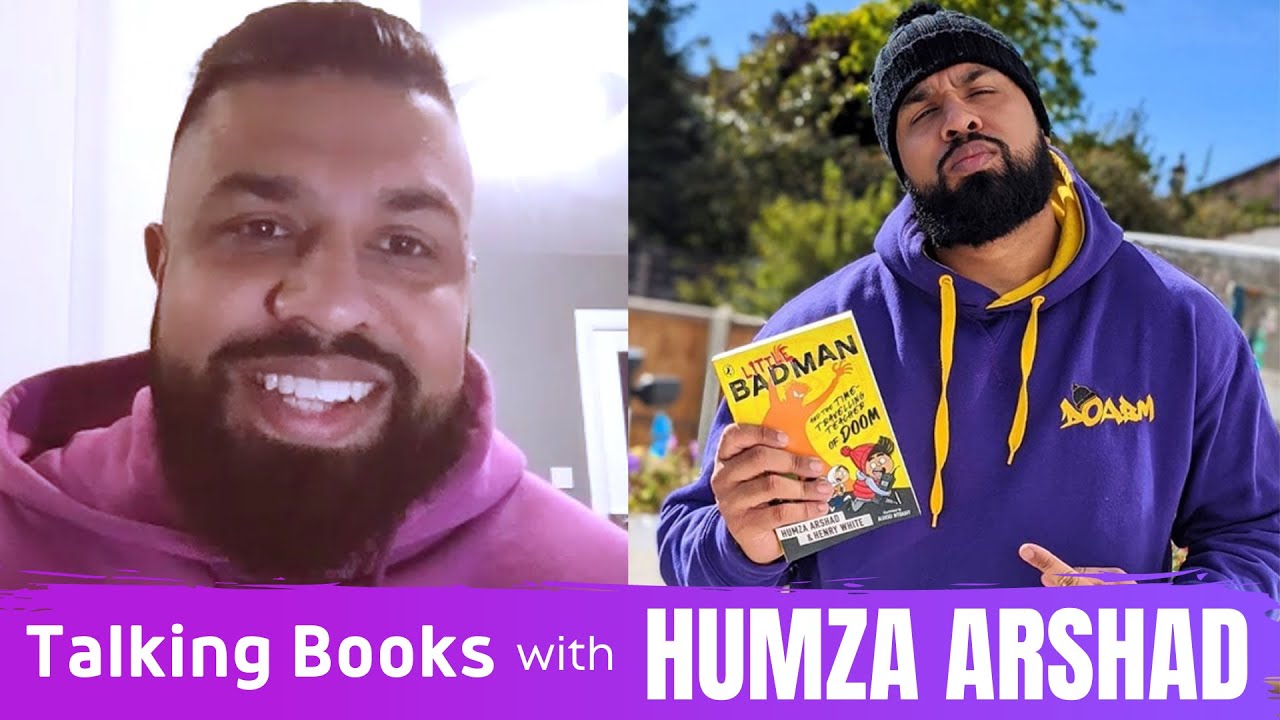 ‘Little Badman and the Time-Travelling Teacher of Doom’ certainly is the perfect sequel to Humza’s first book. There is no doubt it is funnier, crazier and a treat for all ages.

Humza successfully portrays the story of Little Badman as he travels to his roots in Pakistan.

Who knows where Little Badman might be going next, so we hope the book series continues with Humza and his team entertaining young people with his very much needed adventures.

Be sure to purchase a copy of ‘Little Badman and the Time-Travelling Teacher of Doom’ here in both paperback form and on audiobook.