The government is facing heat after junior doctors have protested against contract changes. But what exactly are these changes and how will they affect Asian doctors?

'Make us Tired, Make us Stressed, This is How You Kill the NHS'

Proposals by the government to impose changes on the working contracts of junior doctors has created uproar among Asians in medicine.

Suggested by Health Secretary Jeremy Hunt, these changes to newly trained doctors does not simply concern the pay of a doctor but also affects patient safety and care, and ultimately the future of the NHS.

Junior doctors are newly trained doctors that leave medical school and are primarily involved in the care of patients at hospital wards.

What exactly are these changes proposed by the government, and how will they affect new junior doctors starting out their career in medicine? 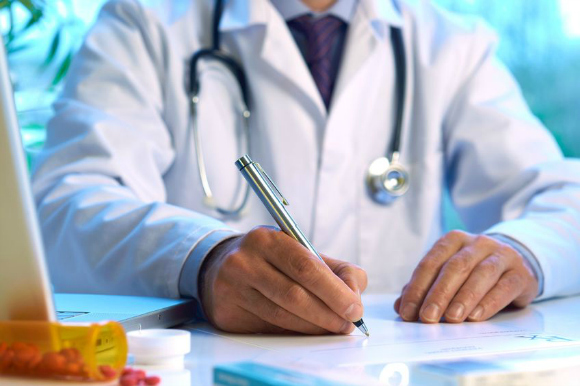 Since 2000, there have been safeguards in place that monitor the hours that doctors work in order to prevent them being worked up to 80 hours a week and make detrimental mistakes due to exhaustion.

The new contract will mitigate this protection, leaving doctors to work longer hours. Breaks during shifts will also be reduced to 20 minutes for every 6 hours of work.

“Quality of care will be affected because of increasingly fatigued doctors. And making us work long hours can be detrimental to our patients and to us too.”

Currently, the normal working hours for doctors are 7am to 7pm, Monday to Friday. Junior doctors regularly work outside of these hours to care for their patients through weekends and nights.

This is rewarded with a pay premium to recognise the negative impact these unsocial hours can have on their family and social life. The new contract will change the standard time to 7am to 10pm, Monday to Saturday. 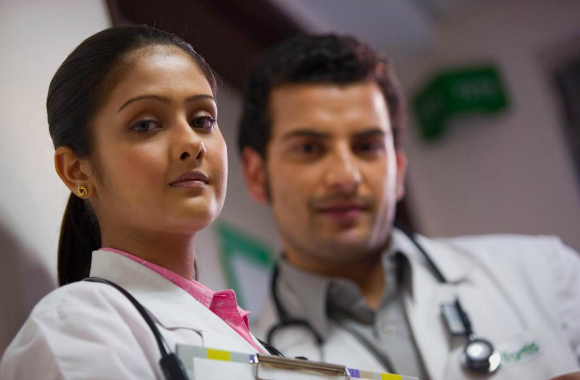 The government says a ‘seven-days-a week NHS’ is their target, but the changes they are pushing remove the incentives for doctors to work weekends:

“The government have said a lot about a 7 day a week NHS. In reality, what is not known is that many doctors do end up working 7 days a week but this is recognised as overtime, like in many other professions.

“Getting rid of that will make the work centred lifestyle that doctors already have even more unsocial,” says Farah, a consultant at Central Middlesex Hospital.

The 7 days a week NHS idea initially came from a recent study by the BMA that suggested patients who are admitted at the weekend are more likely to die within a month.

It concluded that the reduced number of doctors on the weekend was a sole reason for this increase in deaths, while other factors, such as that sicker patients are admitted at weekends, were not accounted for. 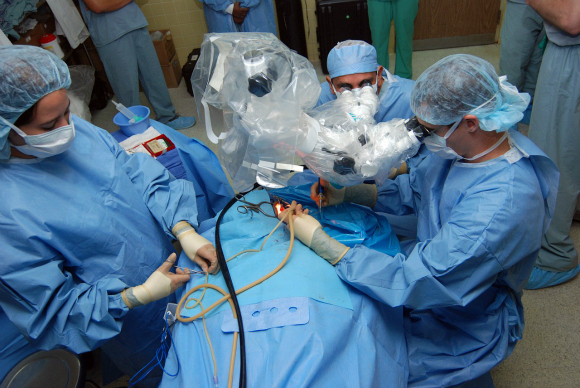 If doctors decide to temporarily leave work to start a family, when they return they continue on the same pay as when they left, as recognition of the time put into the NHS.

Under the proposed contract, these doctors will start again at the lowest rate of pay on returning to work.

This will be a huge set back for those who hope to propel their career in a more family-friendly direction and would be against providing equal opportunities for women in the medical profession.

Female doctors will now be forced to choose between climbing up the career ladder or having a family.

“About 60 per cent of doctors in the UK are female and it even shows in our medical school, where there’s more females than males. In fact, girls even tend to win the medical school prizes for best performance.

“I was disheartened to hear about the changes that are being made, because my life plans are incomplete without marriage and children but I also want to train as a surgeon.

“With training being several years long and if I were to have children during this time, it would be heartbreaking to start all over again.” 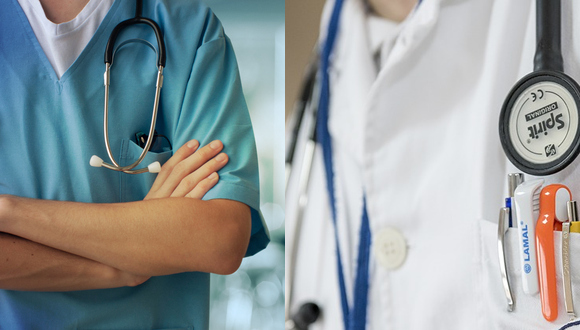 Most doctors will receive a pay cut of around 30 per cent under the new contract.

The costs of GMC registration and insurance, along with continuous training and exams throughout their career easily add up to thousands of pounds each year for doctors.

This new contract will become a serious obstacle in the career of many doctors. It gives medical students who spend 5-6 years of their lives training to help others in their time of need, a grim outlook, as they leave university with a debt in excess of £30,000.

Junior doctors currently earn £23,000 a year, which has a comparatively lower pay than a tube driver.

With this drop in pay, junior doctors on their first year will earn just over £16,000 – which is the same as a manager at Greggs or McDonald’s.

With doctors being made to work much longer hours than actually paid for, because of the sheer volume of work to be completed, many end up being paid just above the minimum wage per hour.

As a result of these changes being announced, doctors and medical students from all over the UK have taken to social media to express their views.

Many have shown ways to take action, from one Indian junior doctors voicing his opinion on BBC’s Question Time to petitions being signed. 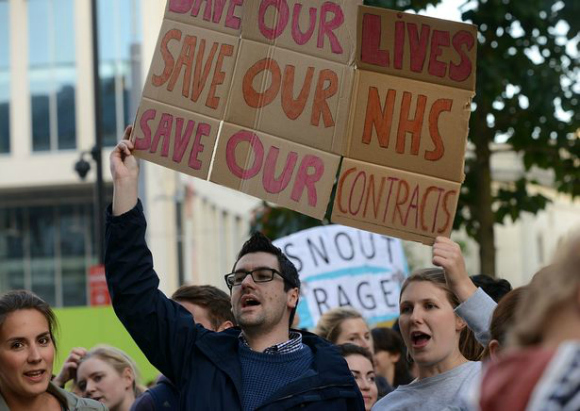 The most united front came from a major protest on Monday 28th September at Westminster, where various doctors and medical students chose to take a stand on the issue.

The peaceful protest saw slogans such as ‘Make us Tired, Make us Stressed, This is How You Kill the NHS’ and ‘Save Our NHS’.

Malawana stressed the importance of changes being made to the government’s decisions: “We’ve already seen reports of high numbers of doctors considering leaving the NHS to work abroad.

“These figures should serve as a serious wake up call to the Government that there is a real risk that junior doctors will speak with their feet.”

With the government’s new decision on the contracts gaining a lot of heat, many hope that these changes will not be enforced.

For many doctors and medical students, the concern is not merely about pay and working hours, but about patient safety and quality of care, which will surely deplete as a result of these government proposals.