On January 12, 2016, up to 4,000 junior doctors went on a 24 hour strike to protest contract changes. DESIblitz discusses the positive and negative impacts of this.

This was the first in over 40 years.

The strike action came after talks broke down with the government regarding the new contract for junior doctors.

In fact, a whopping 98 per cent of British Medical Association (BMA) members backed the walkout – a first since 1975.

As a result, thousands of hospital appointments were cancelled as well as 3,200 operations.

Johann Malawana, the chair of the BMA, called Tuesday, ‘the saddest day in our profession’s recent history’:

“For a government to force doctors into a course of action that no doctor would ever choose to take is such a failure of their basic purpose.

“We continually have asked for 3 years for our concerns to be taken seriously and to give us a contract that is safe and fair.”

But what impact, positive or otherwise, has the strike had on patients and the NHS? Was it fair for the public to be turned away from hospitals, and see their appointments cancelled?

“But the government needs to take ownership of the fact that their new proposed contract for junior doctors does exactly that! It endangers us all.

“They keep saying we need a ‘7 day NHS’. We already have one. When has a patient ever been refused entry to A&E on a weekend?

“Hospitals are staffed with doctors 24/7. Services might need improving or upgraded but to say we don’t have a 24/7 NHS is an insult to all those doctors who give up their nights and holidays to be there for their patients.”

The proposed changes to the junior doctor contract is more than just a concern about pay and working hours. It affects patient safety and care, and ultimately the future of the NHS. 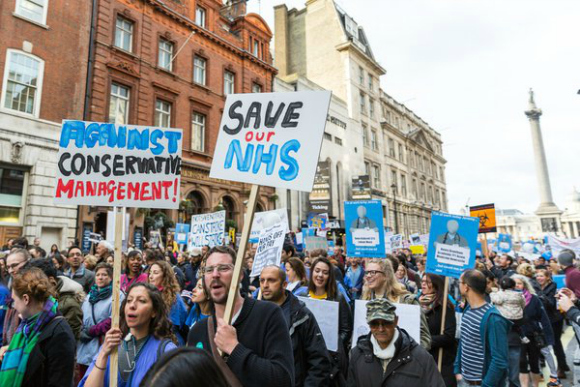 Junior doctors are primarily involved in the care of patients at hospital wards and are usually the first doctors that patients will meet on the wards or in A&E.

The new contract will mitigate current safeguards, leaving doctors to work longer hours. Breaks during shifts will also be reduced to 20 minutes for every 6 hours of work.

Currently, the normal working hours for doctors are 7am to 7pm, Monday to Friday.

Junior doctors regularly work outside of these hours to care for their patients through weekends and nights.

This is rewarded with a pay premium to recognise the negative impact these unsocial hours can have on their family and social life.

The new contract will change the standard time to 7am to 10pm, Monday to Saturday. The government says a ‘seven-days-a week NHS’ is their target, but the changes are pushing doctors to work lethal hours: 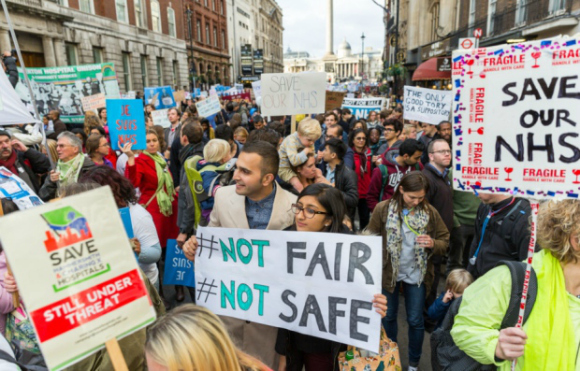 “Is it safe for anyone to work such long hours in a day? You would not expect airline pilots to fly out without checks to make sure everything is safe and them having breaks.

“Thus, shouldn’t the same apply to doctors who are saving people’s lives?” says Pooja, a junior doctor at Chelsea and Westminster Hospital.

‘Make the care of the patient your first concern’ is a key good medical practice guideline that all doctors have to practice, according to the General Medical Council.

However, whilst this is paramount, doctors are also under the pressure of examinations, audits and research for quality of care improvement, as well as life outside of work.

The building pressure doctors have to face on a day to day basis makes it no surprise that they reportedly have the highest rate of suicide compared to any other profession. 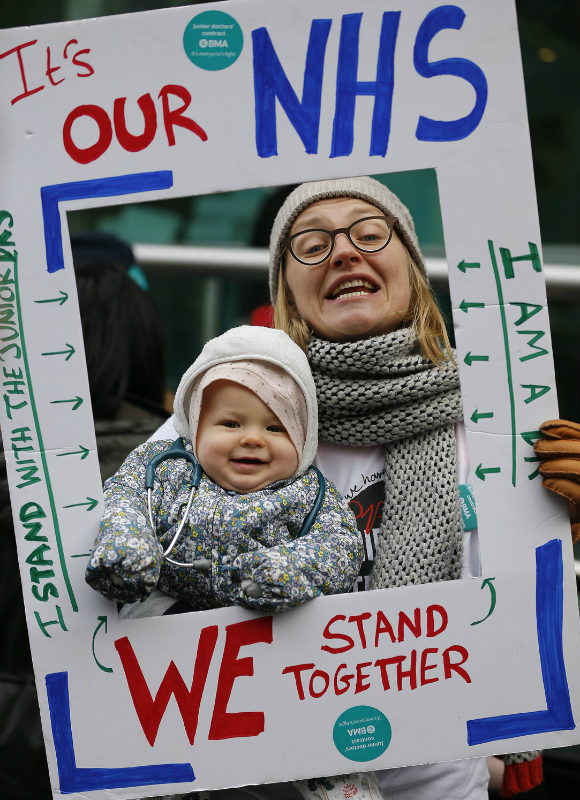 Most doctors will also receive a pay cut of around 30 per cent under the new contract.

The costs of GMC registration and insurance, along with continuous training and exams throughout their career easily add up to thousands of pounds each year for doctors.

Several doctors on call are already being paid as little as £2.55 an hour, according to the BMA.

This new contract will become a serious obstacle in the career of many doctors.

It gives medical students who spend 5-6 years of their lives training, a grim outlook, as they leave university with a debt in excess of £30,000.

Ultimately this will affect the care of patients and staff recruitment and retention:

On Tuesday 26 January, 2016, there will be a fresh strike for 48hrs with emergency care only.

If a solution is still not sought after, a Wednesday 10th February strike from 8am to 5pm of a full withdrawal of junior doctors will take place.

If the first strike had minimal impact on patients and the NHS, these upcoming strikes might make all the difference. Will the government start listening?