The Glassworker is the first film from Pakistan’s only hand drawn animation studio. DESIblitz chats exclusively to artist Usman Riaz about the project.

"It will be a very personal story told through these characters"

Their first project, The Glassworker, is the coming of age tale about a young boy learning the art of glassblowing from his father, and the complications of life as he grows up and falls in love.

With a crowdfunding campaign for The Glassworker underway, DESIblitz spoke to studio director, artist and composer Usman Riaz about the project. 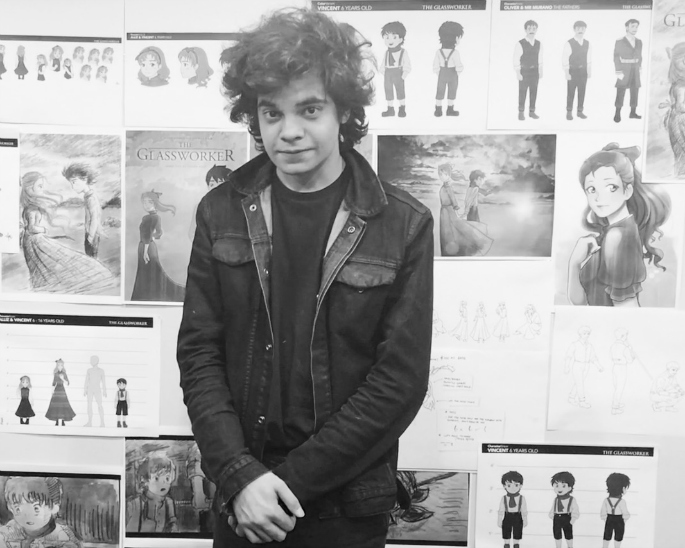 What inspired the decision to make a film about this subject matter?

The Glassworker is a story about two children growing up amidst a war torn landscape. The war however, will not be the subject matter.

I will draw inspiration from my own childhood and how I like many other Pakistanis grew up amidst chaos and was still able to have a normal childhood (or almost normal).

The film will be a comment on the effects of war on children, and just the bond between the main characters Vincent and Alliz.


Another thing I want to point out that might not be obvious is that the main character is not just Vincent our young ’Glassworker’. Rather, the main character will be Alliz and how her role in Vincent’s life makes him mature and grow.

Alliz will be a virtuoso Violinist while Vincent will be a struggling glass blower. Both are equally talented but dissatisfied with their situations. People are never happy with what they have. 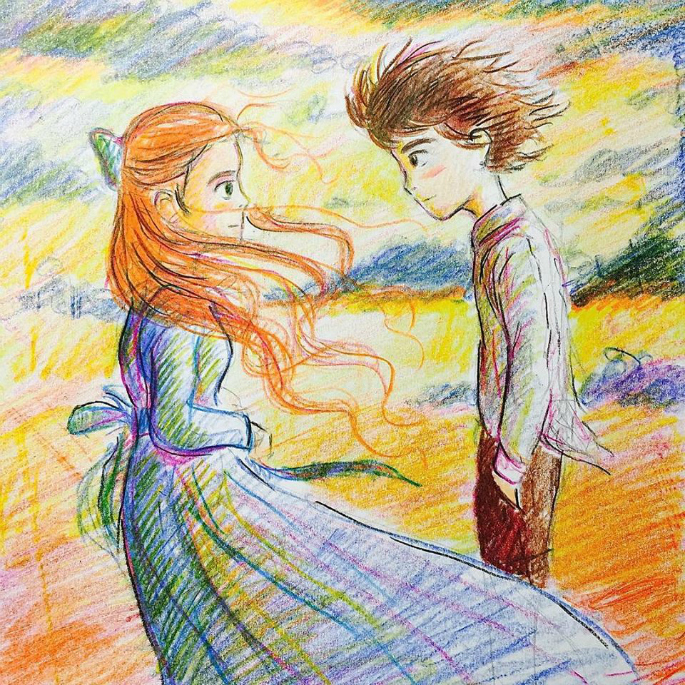 They will be complete opposites and their personalities will carry the story. I will be able to pour my own musical experiences into the characters and moments from my childhood that had an impact on me.

It will be a very personal story told through these characters.

What aspects of Pakistan’s culture and history were influential in the design process of The Glassworker?

I am combining a lot of different aspects of Pakistani culture into the production. But the most important aspect will be that the film will be in Urdu.

The entire cast and depiction will be in the Urdu Language. 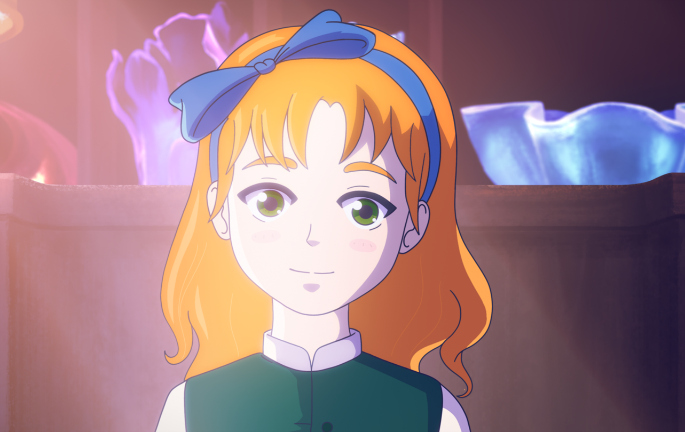 How is The Glassworker’s soundtrack being created with regards to the context of the film? Will there be a focus on emulating environmental sounds or will it be a more conventional cinematic-style score?

It will be a combination of both. It’s very exciting. And yes, we will have a traditional orchestral score.

The Glassworker often gets compared to the work of Studio Ghibli, especially in regards to character design and the intricacy of animations. Do you feel that this is an apt comparison?

We can’t be the Studio Ghibli of Pakistan. Because nothing can touch Ghibli.

Also people are very superficial when it comes to design. While there slight influences from Ghibli – our characters and art style are very different.

Especially the way they move and the way we animated them.

Hayao Miyazaki – apart form being my hero, is also a genius that only comes around once every generation.

And then you have Isao Takahata, another giant of Japanese animation, working under one roof, making his own masterpieces. 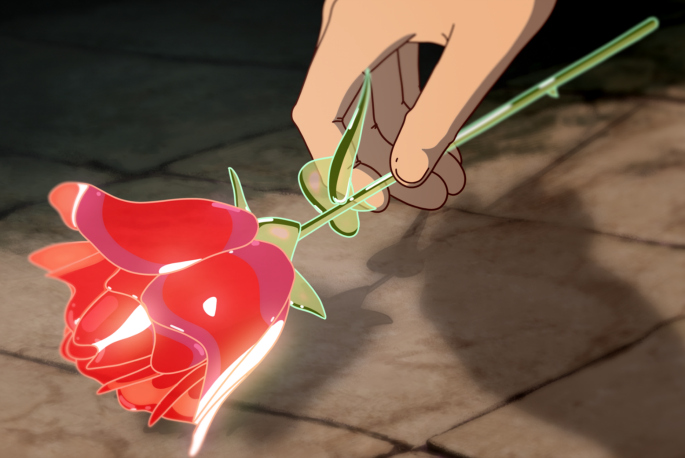 We will never see an animation studio more gifted than Studio Ghibli. Not for a very long time.

What I hope to achieve with Mano Animation Studios is just to make beautiful work that can compliment the works of these incredible artists.

Aside from tell beautiful stories we just want to give other people in Pakistan who love animation hope. We hope to lay the foundation for artists to come and work on beautiful works of art that they can be proud of.

Mano Animation Studios means that we can support new work, and seek opportunities to support a new generation of exceptional artists in Pakistan, and beyond. 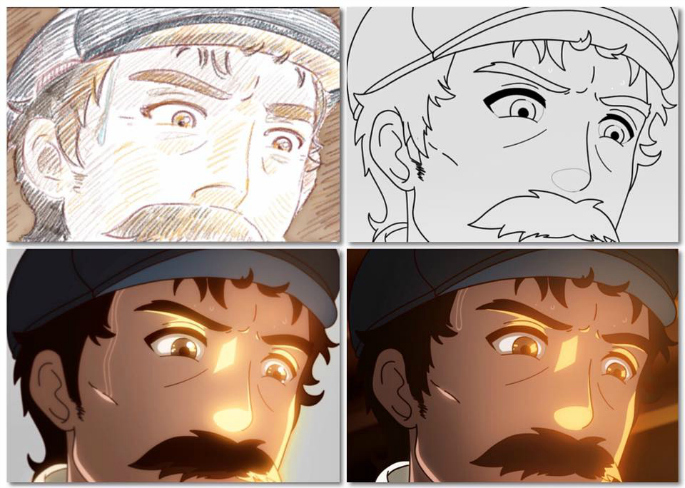 You have quite a diverse team working on The Glassworker, including a large number of women. Do you feel that this diversity helps improve the quality of this project?

I never thought about that – we are hiring based on talent and skill.

So far we have found far more talented women than men. I believe in order to truly kill off gender discrimination we must become indifferent to gender entirely in our workspace.

If they are good and they want to be part of the team – that’s all that matters.

Have you had any major setbacks or obstacles when forming the studio and developing The Glassworker?

The Glassworker is a passion project. As you know, it will be Pakistan’s first fully hand drawn animated film.

I established a small animation studio that I named ‘Mano’, in order to help make this film a reality.

Mano has only been active for a few months. But in those few months we have made some incredible strides, I have an amazing team of incredibly talented people and I couldn’t be more grateful. 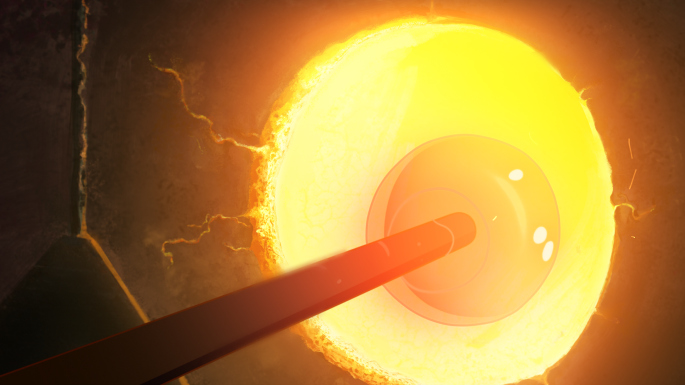 Otherwise I have been working on The Glassworker alone for over a year now. The question was, ‘How does one build a hand-drawn animation studio in a country with no background in it?’

I realised there must be many people like me who loved animation but worked on their own. What if I were to bring these artists under one roof?

I searched online for like minded artists, architects, animators and video game designers, and spread the word by holding workshops in art schools about what I wanted to achieve.

I managed to gather a small team of incredibly talented professionals (and Students) from the UK, South Africa, Malaysia and of course Pakistan, where our headquarters are based.

How essential to the project’s survival has the crowdfunding campaign been? Are there any funding options for the arts in Pakistan?

Nope. The Kickstarter is the only reason we can make this.

We will have to wait and see.

The Glassworker is an incredible piece of movie-making magic, and with Usman Riaz’s vision and talent combined, animation in Pakistan has a very credible future.

The Glassworker Kickstarter is running until April 3rd, 2016.