Which Hollywood Film shot in Lahore had a Local Effect?

A USA-based studio came to Pakistan, making a famous movie. We reveal more about the Hollywood film shot in Lahore and its local impact.

"Neelo's role was significant in the bigger picture."

Shooting for the famous Hollywood film Bhowani Junction (1956) took place in Lahore, Pakistan, giving a local footprint to the world.

The Hollywood film coming to Lahore was also attractive for locals to work on this huge project.

The likes of Pakistani actress, Neelo had the chance to mingle and spend time with the main cast of the film.

Metro-Goldwyn-Mayer Pictures (MGM), a company from America was behind this film.

An adaptation of the 1954 namesake novel by John Masters, the film follows Anglo-Indian Victoria. In the film, she specifically searches for her true identity amidst the British exit from India. 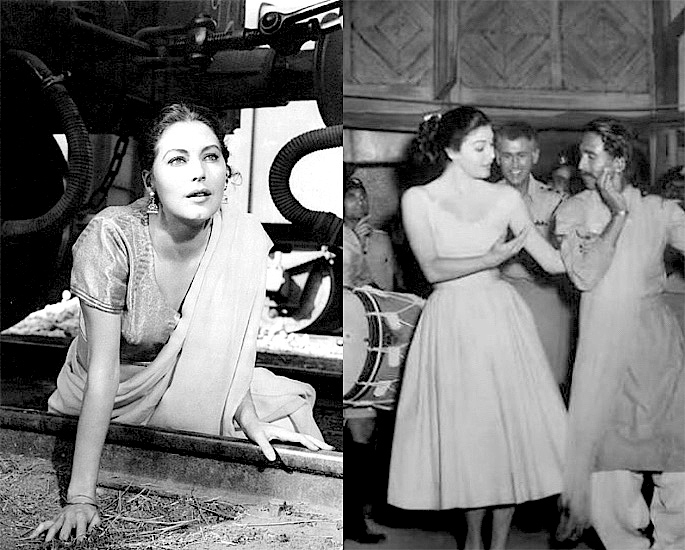 The foreign actors and production team were residing in Lahore, Pakistan for around three months due to the shooting.

We delve further into the shooting in Lahore, along with a zoom on local influences. 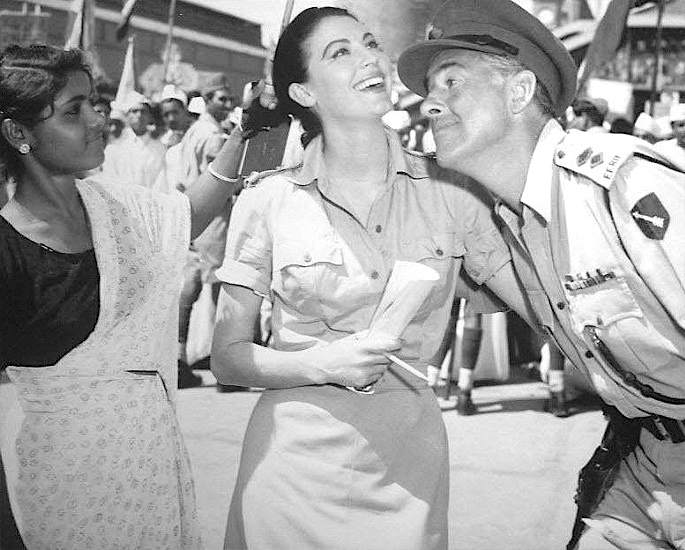 Lahore was not the original choice for the film. However, with India asking MGM to pay certain tax payments to the exchequer, their loss became a big gain for neighbours Pakistan.

MGM gave the green signal for filming in Lahore. Thus, the railway station became the focal point for shooting in the historic city.

The Pakistani authorities gave a strong lending support, with full co-operation, courtesy of the police and army units.

At the start of the film, the makers include an acknowledgement in saffron colour text form, stating:

“The producers gratefully acknowledge the assistance given by the Pakistan Government in providing officers and men of the 13th battalion frontier force rifles, units of the Punjab police and the facilities of the northwestern railway.”

For the film, the character of Colonel Rodney Savage, a British Indian Army officer goes on to command the real Pakistan military battalion of the 13th Frontier Force Rifles.

In the film, Colonel Savage sports the golden arrow badge on his arm. Alongside Stewart, there are scenes of him with Ava Gardner at the Railway station.

Gardner who plays Victoria Jones and is serving in the British army has several scenes with common people.

The Pakistan government also made a place of worship available, with many Indian Punjabis from across the border featuring in scenes relevant to their community.

There is one key scene where Gardner is seen in a saffron tone cotton saree, alongside the Punjabi character of Ranjit Kensel (Francis Matthews). 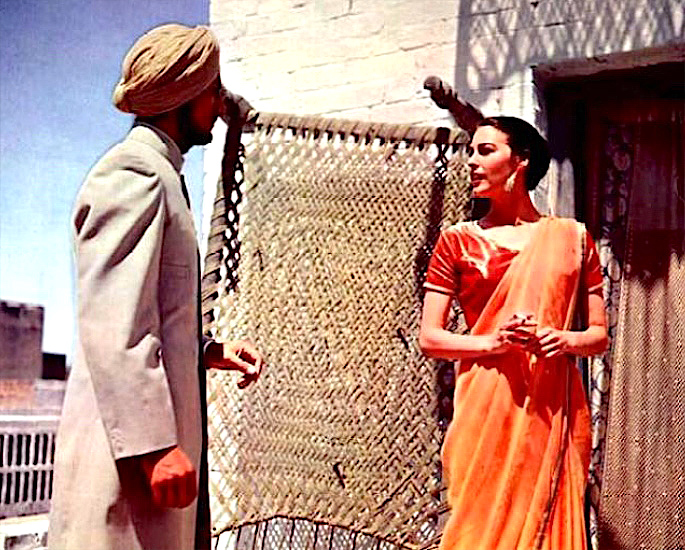 Besides in her character uniform, Gardner wore a white high collared shirt with a black high pant clinched in the waist.

She had also worn a yellow swing dress, in true 50s style. Savage’s character and the military units also got into the act.

Gardner’s dressing was influential, especially her western outfits, with many wearing such clothing in the biggest cities of Pakistan.

Additionally, her dress sense had some influence within the Urdu cinema of Pakistan, particularly with the likes of actress Babra Sharif wearing this kind of attire in films

Shaan’s Mother and Opportunity for Locals 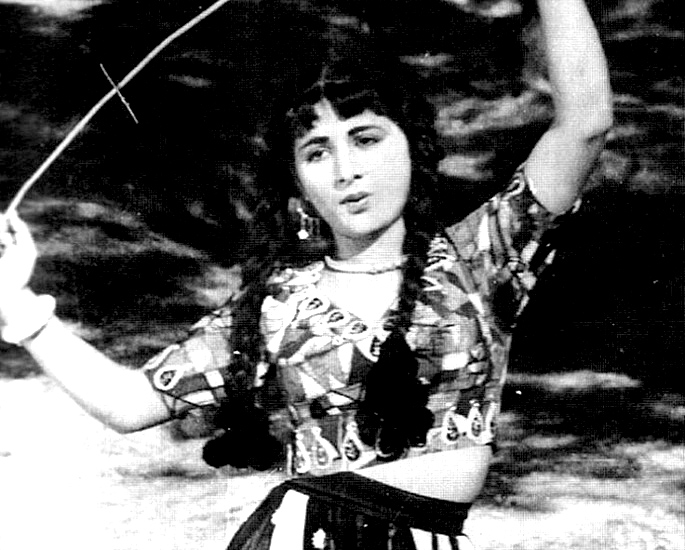 With Hollywood coming to Pakistan, it paved the way for local artists and actors with a golden chance.

One of Pakistan’s future stars, Neelo features in a cameo role as an uncredited reporter within a scene full of crowd.

AH Rana, the production manager of the film was instrumental in introducing Neelo to director Goerge Cuckor.

Rana was also the casting assistant, working under the wings of Harvey Woods, the casting director.

It is important to note Neelo is the mother of Pakistani superstar, Shaan. Neelo also made her debut in Bhowani Junction, making it a dream moment for her.

Neelo was apparently only around fifteen years of age at the time. During that time, she was part of a minority faith in Pakistan, breaking all barriers to secure this role.

Shoaib Anwar, a film buff from London exclusively told us about Neelo’s involvement:

“Neelo’s role was significant in the bigger picture. To cast someone local, was a big boost for her career and Pakistani cinema as a whole.

“The actress surely had a glimpse of western culture, from a creative and stylistic point of view.”

The elegant Zohra Arshad Mahmood also stars in this film with a special appearance. She appeared in person and on our television screens in Hollywood during the World Premiere of the film. 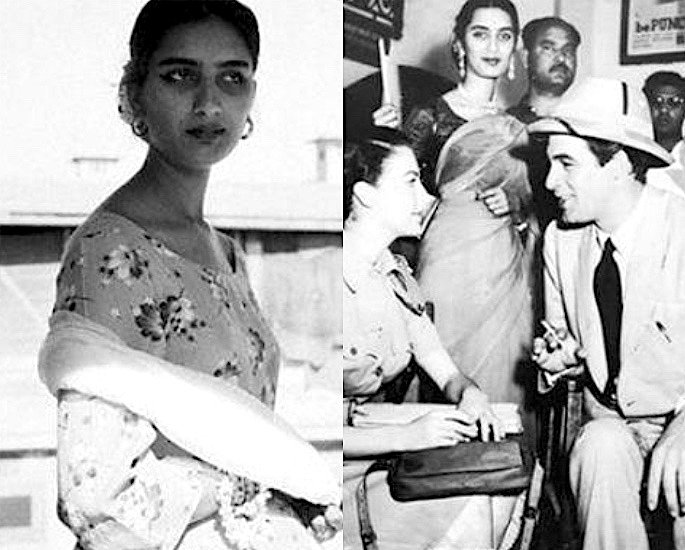 There is a photograph of Zohra wearing a graceful saree and the main cast during the filming of Bhowani Junction.

With the setting of the film being pre-partition India, many local fringe actors also had a chance to be part of this memorable film.

Following numerous casting calls, extras who were finally chosen had gone on to feature in a variety of different scenes in Lahore. 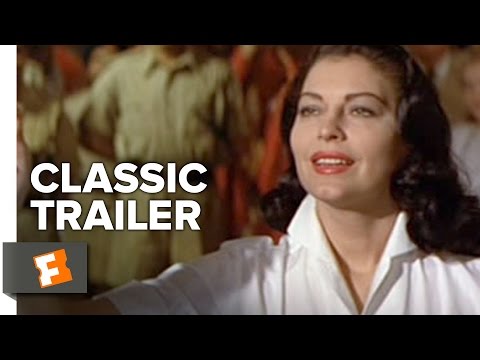 The cast and crew came to Lahore for this Hollywood Film in early 1956, with Pakistan giving them a red carpet welcome.

Even the national press of Pakistan gave the stars and film front-page coverage. 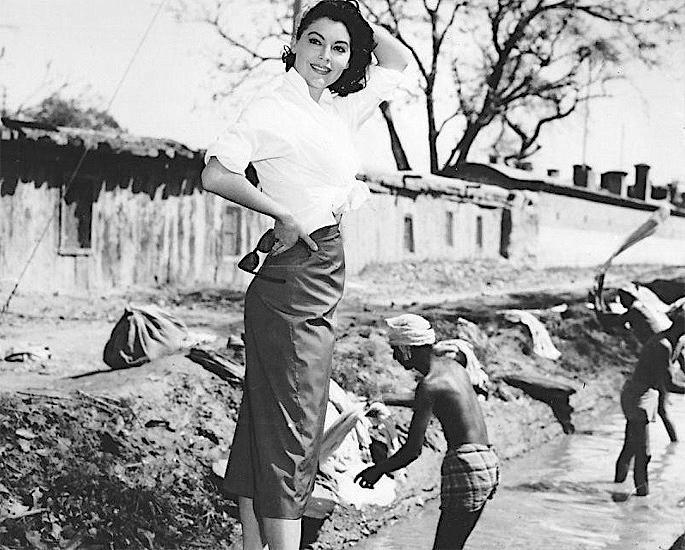 The two lead actors had the luxury of staying at the Faletti Hotel in Lahore. This was only the prestigious hotel in the city at the time.

Throughout her stay from February 22 to May 1955, Ava Gardner was living in number 55, a two-room suite.

Later in honour of the actress, it became famous as the Ava Gardner Suite. Bhowani Junction did fairly well worldwide, becoming somewhat of a cult classic later on.

More importantly, the film was a major uplift to home-grown actors and the wider perception of Pakistan globally.

If you want to witness some great performances, particularly of Gardner, then Bhowani Junction is a good watch.

This was a rare famous Hollywood film to shoot in Pakistan. The country took the occasion to be the perfect hosts, reaping their own benefits along the way.