A new face animation feature has been introduced to short video app Josh and it was unveiled by popular rapper Badshah.

"You can see the magic."

Josh is India’s fastest-growing and most-engaged short video app and it has now partnered with D-ID, a global leader in AI video reenactment technology.

In a short video, Badshah provides a step-by-step demo of the new feature, stating:

Users then upload a photo of themselves. On the filters section, the live filters option is chosen.

It then processes and then, according to the rapper:

“You can see the magic.” 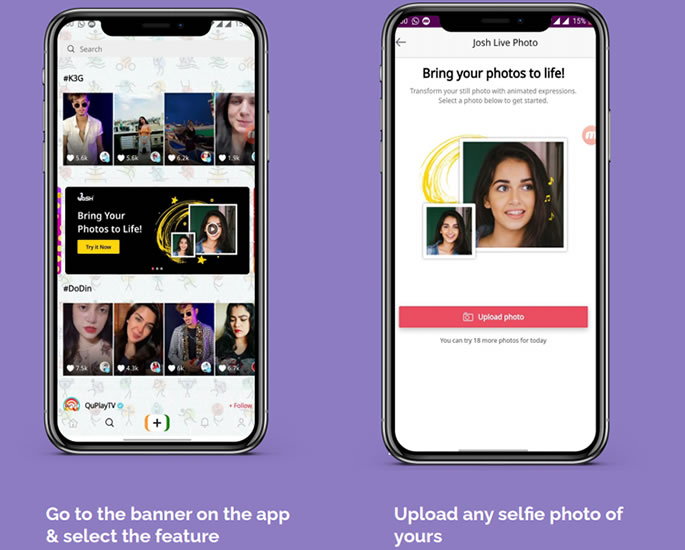 The app’s users can also add music to their live photos before sharing them with their followers.

Josh is specifically designed for the Indian market and with more than 100 million downloads, it is also one of the top apps of this genre.

The new face animation feature presents the most powerful integration of synthetic media by a short video app, blurring the boundary between photos and videos. 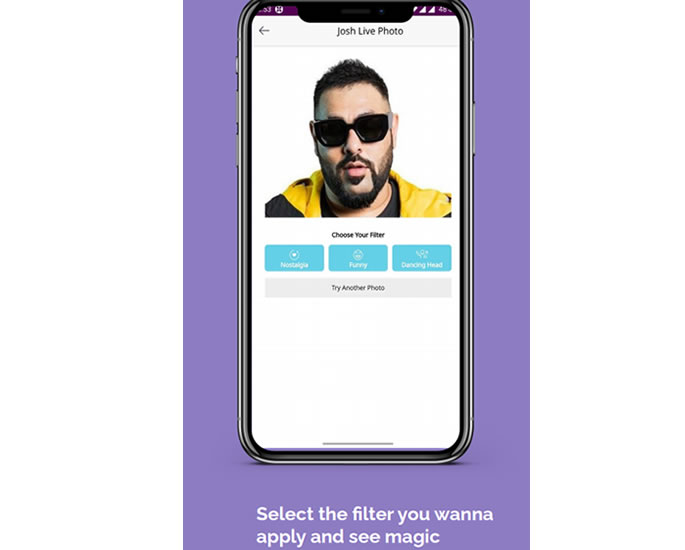 In July 2021, Josh announced the launch of Josh Skill, the first Alexa for Apps skill India, as part of its commitment to improve app experience and inspire creativity on the platform.

In February 2021, D-ID announced a partnership with genealogy company MyHeritage to launch a new feature for their app called Deep Nostalgia.

Deep Nostalgia enables users to bring photos of their ancestors to life.

The app quickly became popular and became the top-rated app on the Apple App Store, with more than 85 million animations since its launch.

“We’re delighted to be working with Josh, one of the fastest-growing short video apps in the world, developing this new feature for their customers and showcasing the many possibilities that AI and synthetic media will bring to the future of content development, entertainment and social media.

“Working with a leading Indian company is an exciting move for D-ID as we continue to expand our technology across the globe.”

“D-ID’s technology is a natural fit for Josh, as we strive to deliver a product and a platform that increasingly captures India’s mindshare and timeshare.

“The quality, resolution, speed and accuracy of their facial animation is exactly what we were looking for when developing our new photo to video feature.

“We know our many millions of users will love using this new feature, enhancing their experience even further.”

“We’re excited to see the response and to continue working with D-ID as we develop this new feature even further.”

The new animated photo feature is now available on the Josh app.

Users can animate their photos with three movement categories, funny, nostalgic and dancing.

All come with background music soundtracks.

Once animated, the video can be shared with the user’s followers across the platform.

Watch the Demo from Badshah

Dhiren is a journalism graduate with a passion for gaming, watching films and sports. He also enjoys cooking from time to time. His motto is to “Live life one day at a time.”
5 Ways to Save Money for a Rainy Day
Indian Rocket carrying Earth Observation Satellite fails Launch