The ban on the Indian Alphonso mango has been lifted by the European Union. Before the ban, the UK imported 16 million Alphonso mangoes each year. British Asians are delighted with the lifting of the ban.

"This is the sweetest news for West Midlands traders and restaurant businesses."

Imports of the Indian Alphonso mango were banned in April 2014, after some consignments were found to have a large proportion of fruit flies.

The ban was imposed to prevent cross-contamination to European crops.

The mango business is worth £6.3 million to the UK economy. Before the ban, the UK imported 16 million Alphonso mangoes each year.

Britain’s Asian population were particularly upset by the ban on the Alphonso mango which was very popular in the country. 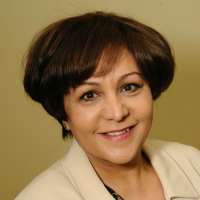 The lifting of the ban will mean that imports and sales will flourish. This is music to the ears of many British Asians, especially traders and consumers.

Neena Gill, Labour MEP for the West Midlands, said: “It’s the very first issue I’ve taken on since being elected.

She added: “This is the sweetest news for West Midlands traders and restaurant businesses.”

Keith Vaz, Labour MP for Leicester East, had campaigned vociferously for the ban to be overturned.

Mr Vaz said: “I am delighted that the Commission and all EU member states who voted in favour have acted to end a ban which has caused so many problems for businesses in the UK and India.

“The traders of Leicester must also be thanked for their unwavering support, and I am sure they will be delighted the campaign has come to fruition.” 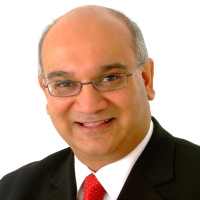 Ashok Mehta, owner of Mehta Sundries in Hall Green, Birmingham, said: “It affected us in a big way. In the country as a whole, £6 million worth of mangoes were not able to be sold.

“But I think the government took the right measures. The health and safety regulations are strict which is good.

“This is best news for the long term. The Alphonso Mango is the ‘King of Mangoes’ and all other mangoes are just a compromise. So I’m very happy.”

Ajay, from Birmingham, said he was disappointed when the ban was enforced. He said: “As a youngster we grew up eating Alphonso mangoes. We would eat them everytime we went back to India as well.

“Every summer I would look forward to eating them. It was like returning to a bit of your childhood. Now that the ban is lifted, I’m obviously very happy.” 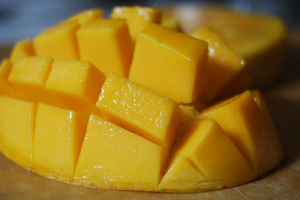 Jay, from London, trains for and competes in triathlons, and regularly eats mangoes as part of his training regimen.

He said: “Every time I’d come back after a run or a swim, I’d tuck into a mango or two to replenish my sugars.

Jay added: “They cost a lot at the supermarkets. But at the Indian shop, I could pick up a big box of these Alphonso mangoes for a couple of quid.

“When the ban came in, I weren’t very happy. But this news has made my day.”

The EU decision has also been welcomed in India by mango growers along the western coast.

Ratnagiri District, Maharashtra, close to the border with Goa, is one of the prime areas for Alphonso mango cultivation in India. 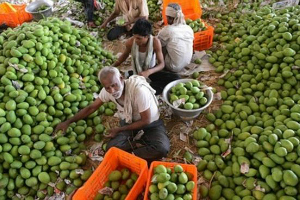 Only a fraction of Indian mangoes are sold in Europe, with the Middle East being the main export market. However, Europe is still a very important market for the Indian mango industry.

The fall in the price of mangoes in India has hit farmers hard. One farmer from the district had said that his profits had almost halved.

He is now hoping that with the lifting of the ban, the sales in Europe will compensate for his recent losses.

The ban was lifted once the EU was satisfied that improvements were being made in India regarding plant health controls.

The lifting of the ban will allow the import of the Alphonso Mango from India for the start of the next import season in March 2015.

Harvey is a Rock ‘N’ Roll Singh and sports geek who enjoys cooking and travelling. This crazy guy loves to do impressions of different accents. His motto is: “Life is precious, so embrace every moment!”
The History of the Samosa
Sexy Dessert Recipes for Him and Her