Every star in Bollywood wants a six pack and killer abs to sizzle on screen. DESIblitz looks at the heartthrobs who have the best abs in the industry today.

To be successful in Bollywood today, along with talent and a bit of luck, an athletic body is almost a must.

With the biggest and most successful stars often sporting six pack abs and chiselled torsos, Bollywood heroes are always striving for the perfect physique.

Though some stars have achieved certain body shapes for a particular role, DESIblitz takes a look at those stars who have attained and maintained their enviable abs off the film set. 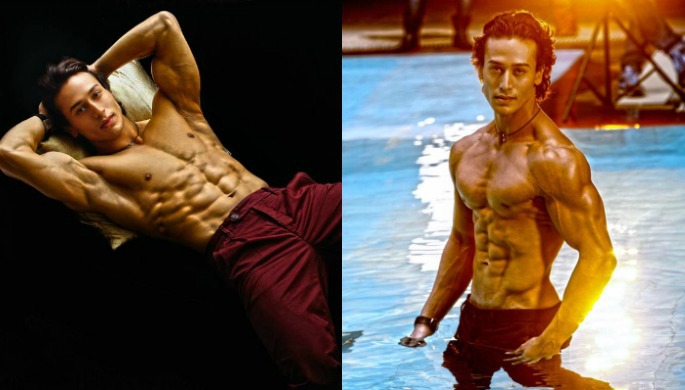 Son of popular actor, Jackie Shroff, this new kid on the block surely gained everyone’s attention with his outstanding physique.

A keen dancer and martial arts enthusiast, Tiger’s body reflects the hard work that goes into his physical hobbies.

With impeccable abs and impressive biceps, Tiger has one of the best six packs in the industry today. 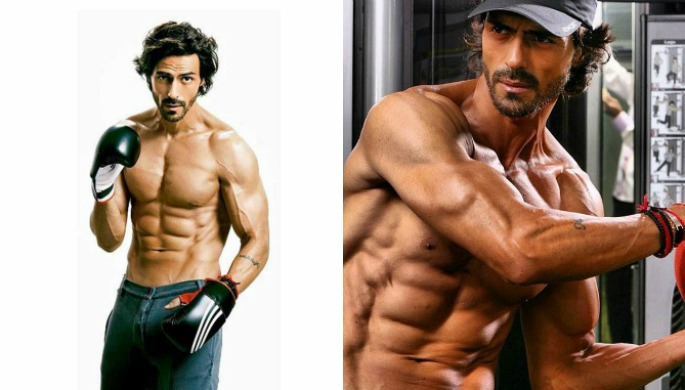 Former model and Bollywood heartthrob, Arjun Rampal has had his audiences swooning of his irresistible good looks.

Along with his cute dimples and natural charisma, Arjun’s muscular physique added to his onscreen appeal. 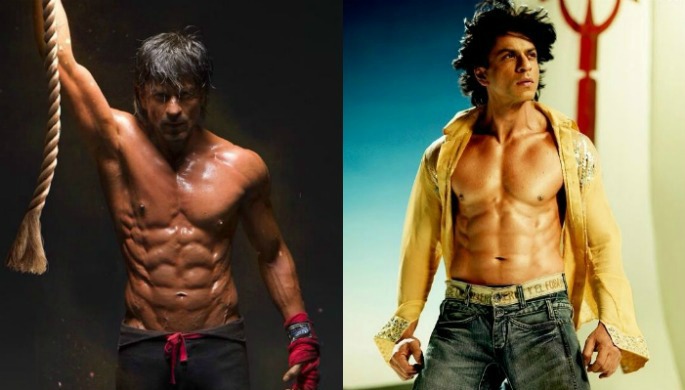 The King Khan of Bollywood whilst always having a lean physique did not have a six pack in his youth. His fame as a romantic hero often meant that his heart melting smile and adorable dimples were enough to woo the ladies.

However, things changed when this superstar gained an impressive 8-pack for his role in Om Shanti Om (2007). The song ‘Dard-E-Disco’ debuted his new physique and we were not disappointed!

King Khan followed this up with attaining a 10-pack in Happy New Year (2014) and is still sizzling at the age of 50! 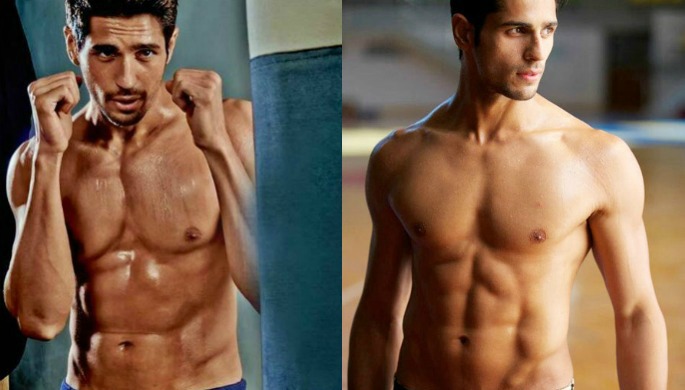 Sidharth’s lovable nature and onscreen presence has won over the hearts of millions.

In his debut film, Student of The Year, it was just his acting which caught the attention of audiences, but his flawless torso got the attention and appreciation of his fans.

Now dubbed a young heartthrob of Indian cinema, this stud has only worked on his abs and muscular physique more for films like Ek Villain (2014) and Brothers (2015). 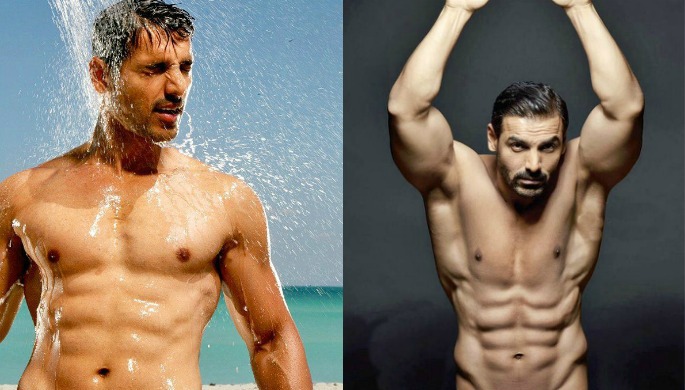 Famous for his six pack, gym junkie John Abraham is renowned for his discipline and dedication towards maintaining his figure.

Bulking up in mass whilst maintaining a chiseled and lean torso is not an easy achievement.

Who can forget his sizzling swimsuit entrance in Dostana (2008)? John running on the beach in his yellow swimsuit sealed his position as one of the hottest celebrities in India. 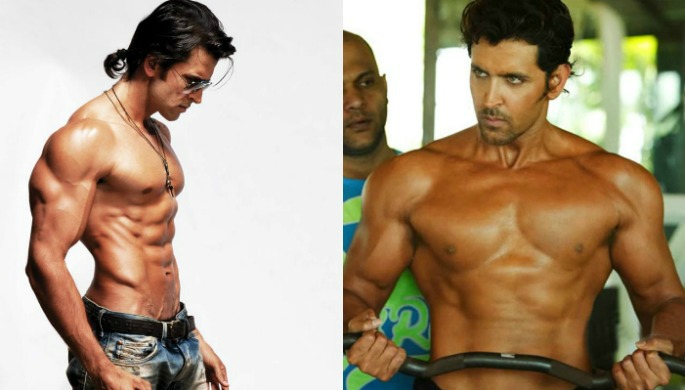 Hrithik’s Greek God good looks are a combination of his exotic appeal and unbelievable figure. Tall and muscular, Hrithik has shown the industry how to get and maintain a fantastic body with apparent ease.

Wowing audiences with his sizzling figure in the dance number ‘Ek Pal Ka Jeena’ in his debut film, Kaho Naa… Pyaar Hai (2000), there was no looking back for Hrithik.

Only becoming more toned and muscular throughout his career, Hrithik still has one of the best six packs in the industry. 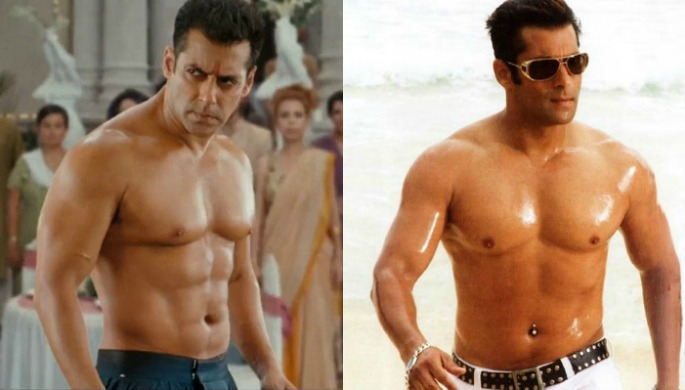 This list of Bollywood hunks would be incomplete without mentioning the original poster boy of the six pack, Salman Khan.

It was Salman Khan who brought the trend of toned abs and the idea of a shirtless hero into Bollywood in the 90’s.

From the song ‘O O Jaane Jaana’ in Pyaar Kiya To Darna Kya (1998) to his current films, Salman Khan’s name is always mentioned when one speak of abs and six packs in India.

Along with attaining a fantastic figure himself, he also trained Hrithik Roshan and Arjun Kapoor to help them achieve their current physiques. 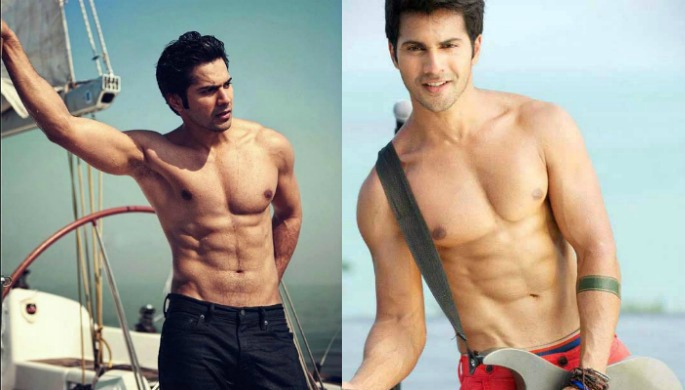 Another young and fresh face on this list is the rising Bollywood star Varun Dhawan. With a boyish charm and cheeky smile, Varun’s entrance into Bollywood was helped by his outstanding physique.

Also trained by Salman Khan, Varun has the strong bulging biceps but also lean and chiselled torso to give him a youthful and athletic look. 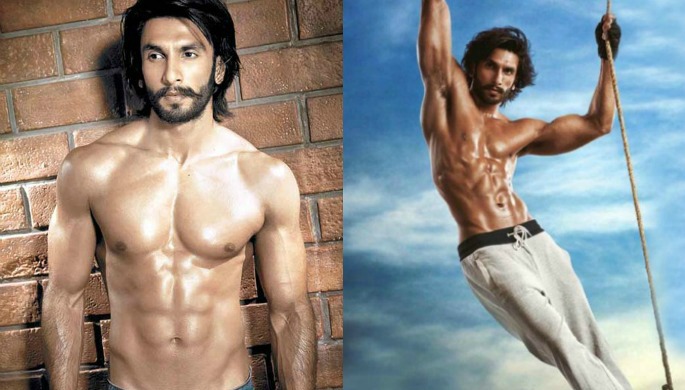 The most energetic and enthusiastic guy in the Bollywood industry, Ranveer Singh would undoubtedly have a perfect figure!

Flaunting his perfect torso in Goliyon Ki Raasleela Ram-Leela (2013), Ranveer showed audiences that he is not to be overshadowed by any other hero in B-town.

With body fitness and training support from Lloyd Stevens, Ranveer is on a mission to prove himself.

Going from strength to strength, Ranveer’s impressive figure in Ladies vs Ricky Bahl (2011) has only gotten better during his time in the industry. 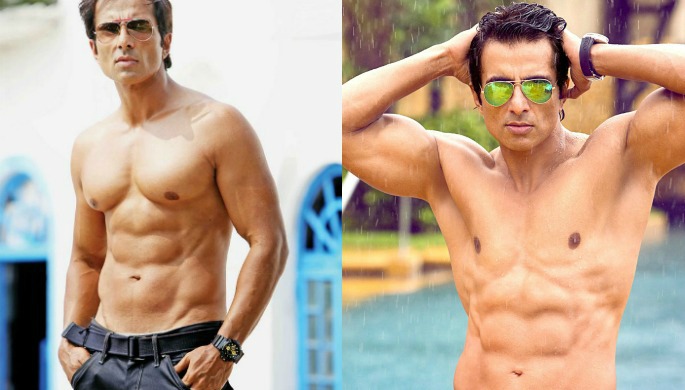 Though Sonu is not a mainstream hero in Hindi Cinema, his amazing figure caught the attention of many and has helped him succeed in Bollywood.

His commanding presence on screen due to his height and broad physique has allowed him to play various roles in Bollywood. With perfectly chiseled abs, Sonu surely deserves to be on this list.

Bollywood is full of talented and good looking actors, however not all can achieve the outstanding physiques that these men have.

Through gruelling hard work and years of discipline, these Indian men have attained and maintained some of the best abs in Bollywood.

Momena is a Politics and International Relations student who loves music, reading and art. She enjoys travelling, spending time with her family and all things Bollywood! Her motto is: “Life is better when you're laughing.”
Find the Perfect Bridal Makeup Artist on Instagram
Is Using a Condom really a Mood Killer?