A 60-year-old bodybuilder has won Mr Pakistan 2021. The title-winner explained how he started bodybuilding and what inspires him.

"It is about building muscle, not mass."

A bodybuilder in Pakistan has defied age to win Mr Pakistan 2021. Ustad Abdul Waheed has won the bodybuilding title at the age of 60.

By doing so, he has become the oldest man to win Mr Pakistan.

In an interview with Dawn, Ustad shed some light on his fitness obsession and his journey.

Ustad was initially drawn to bodybuilding just as a hobby. He said:

“I started building up my body at 16, but at that time, I had no interest in taking part in competitions.

“I only liked to go to the gym and lift weights.

“The competitions came later when my students pushed me to compete. That was 20 years ago.”

Ustad Abdul Waheed previously worked in private gyms as a coach. However, he now runs his own gym by the name, ‘The New Body Grace Gym’.

This is where he trains himself and others as well. 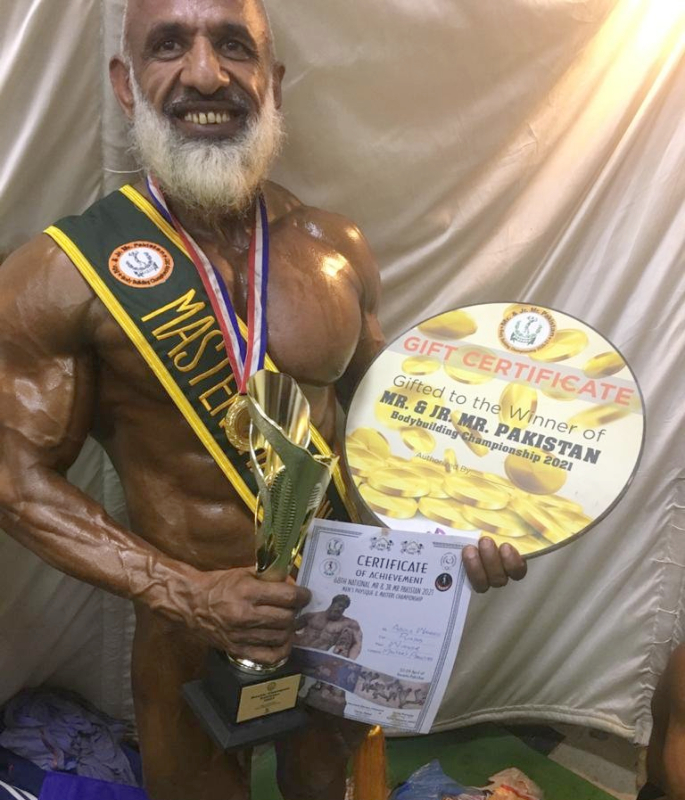 Mr Pakistan spoke about the age limitations of many bodybuilding competitions. He said:

“There are some open-age competitions.

On his experience of competing for the Mr Pakistan title, Ustad said:

“I was crowned Mr Pakistan a few weeks ago… in a big competition in Karachi.

“It was an open-age competition. And when I came on stage there, I overheard some people say that my six-pack abs were visible even before I tried striking a pose.”

Ustad elaborated on what he does to build his body. He revealed:

“I am not a wrestler. We are more into building a body and physique that we can show off.

“It is about building muscle, not mass.

“These too we break into six to seven meals a day, with proper gaps for rest and exercise in between.”

Mr Pakistan believes in involving more young people in healthy activities regardless of their financial circumstances. He elaborated:

“The food isn’t cheap, neither is the training and equipment.

“But in my gym, I let anyone who wants to train there, do it for whatever they can afford to pay me.

“I have always believed in driving our youth away from bad habits such as drugs and alcohol.”

“I would rather prefer them to spend money on something positive and healthy. So I accept whatever they can pay me.

“The gym and equipment, the weights and the machines are at their disposal under my supervision, but the food I tell them to arrange themselves.

“I am not a rich man. Honestly, had I been rich, I would have also arranged for a healthy diet for my students, but that I am unable to do so at this point.

“I wish I had some good sponsors.” 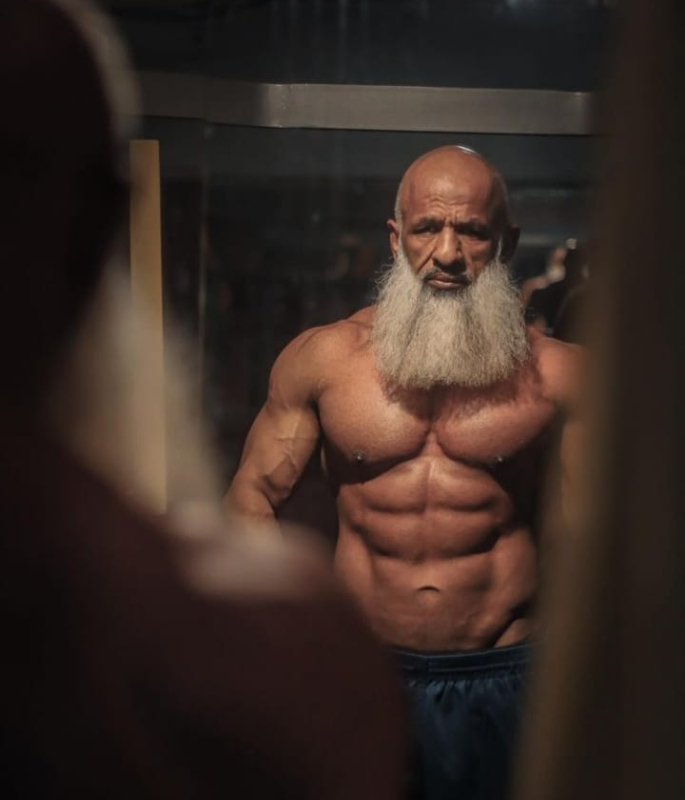 Ustad opened up on his struggle for success and the challenges he faced. He said:

“It has not entirely been a cakewalk.

“There have also been times when people have had issues with me taking part, or registering for a competition.”

Ustad explained that such incidents happened because of ageist stereotypes in society.

He further added that such attitudes from people disheartened him and he stopped taking part in competitions.

However, after his only son broke his ribs and back in a tragic accident, Ustad suddenly found himself as the only breadwinner of the family, and so he decided to go back into competitions. He explains:

“I have pulled up my socks and started taking part in competitions again, along with running the gym.”

Ustad has previously won Mr Lahore and Mr Punjab titles, along with some other accomplishments.

He is now looking forward to competing for the Mr Asia title and he is determined to win it.

The fitness routine of Ustad Abdul Waheed is a great inspiration for the younger generation.

Images courtesy of geo.tv and Dawn