An Indian dancer who blackmailed a bodybuilder with obscene and nude photos of him from their past relationship has been jailed.

she threatened to defame him if he did not pay

An Indian dancer known as Radha was jailed on March 23, 2022, after being accused of blackmailing a bodybuilder and possibly other young men, using nude and pornographic photos she took of them.

Arrested by Rajasthan police and taken into custody at the Sanjay Circle police station, Radha, a resident of Kalandgarhi Khurja, Bulandshahr UP, lived at a flat located in the Gurukripa Apartments on Ajmer Road.

After her arrest police officers visited and searched her entire flat as part of the investigation. On her mobile phone, they found she was in contact with a number of men. Including Anish a bodybuilder also known as Mr Rajasthan.

Police revealed that 30-year-old Radha was living alone, a year after divorcing her husband. The search of her residence also provided police with CCTV footage which is being reviewed to identify other young men who visited her.

DCP North Parish Deshmukh from the police told reporters of what took place in this ‘honeytrap’ case.

The blackmail related to Anish the bodybuilder came to light after police seized three cheques worth Rs 19.50 lakh and Rs 50,000 in cash from Radha given to her by Anish as part of the honeytrap plot.

Radha had come to Chandpole Bazar in Jaipur in a taxi on Tuesday, March 22, 2022, in the afternoon. At a nearby hotel, she was caught taking the cheques and cash. 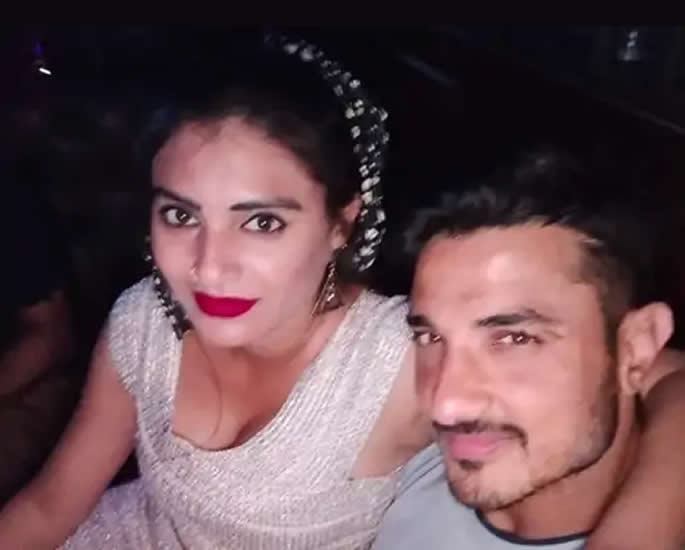 Anish, the victim, aged 32, is a resident of Hasanpura in Jaipur. He won the Mr Rajasthan bodybuilding championship in 2021. In 2016, Radha who was working in the metro met him through a friend.

The closeness between Anish and Radha grew and developed into a sexual relationship.

In 2020, Radha broke her relationship with Anish, after she fell in love with another young man. Subsequently, knowing the relationship was over, Anish got married in October 2021.

As a dancer, Radha had gone on tour with her dance troupe and went to Assam in 2021. Upon her return in November 2021, she discovered that Anish had married. Not being able to accept his news she started to blackmail him.

Radha had kept old photos of their sexual relationship and told Anish that she had obscene and nude photos of him and that she would make them public if he didn’t give her the sums of money she requested.

It first started with her taking Rs 5 lakhs of Anish.

Then Radha pressured him for more money and told him to pay Rs 20 lakh and she threatened to defame him if he did not pay.

This continued and after several payments, she realised she had trapped Anish in her honeytrap. She then continued to demand more money.

Eventually, Anish decided he was not going to accept her blackmailing anymore, so he decided to report the matter to the police.

The police, then, with Anish’s co-operation decided to lay their own trap. They told Anish to invite Radha to Chandpole Bazar in Jaipur to collect honeytrap money from him.

Once she accepted the money from Anish, the police immediately intercepted the meeting and arrested her.

After her arrest, Radha was crying and in tears in shock of being caught. A court hearing then sentenced Radha to prison for her crimes of blackmail.

However, police are continuing the investigation around her blackmail of men using their obscene photos as bait. They believe Anish is not the only victim based on enquiries, mobile phone data and the CCTV footage they are reviewing.

Amit enjoys creative challenges and uses writing as a tool for revelation. He has major interest in news, current affairs, trends and cinema. He likes the quote: "Nothing in fine print is ever good news."
What has Rishi Sunak announced in the Spring Statement?
Man stole 60 iPads worth £29k for Sick Children from Hospital