Indian bodybuilder, Thakur Anoop Singh, has been crowned ‘Mr. World’ after winning the World Bodybuilding Championship in Thailand on November 28, 2015.

"Hope my win helps Indians believe in the value of fitness."

Thakur Anoop Singh has achieved the gold medal at the 7th WBPF World Bodybuilding and Physique Championships on November 28, 2015.

He also earned the coveted title of ‘Mr. World’ in the competition held in Bangkok, Thailand.

Competing in the ‘fitness physique’ category, Thakur was triumphant over 70 individual athletes from 43 different countries.

He is only the second bodybuilder from India, after Manohar Aich, to lift the title.

Thakur says: “Hope my win helps Indians believe in the value of fitness. We can really make India proud.”

My gold medal that beautifies my nation today! Made of not Gold but #sweat #determination and a hard alloy – #guts pic.twitter.com/RBOwOIjQJE

Thakur’s first professional career was that of a pilot. But after a downturn in the tourism and aviation industries, he decided to try his hand at acting.

His first major role was playing King Dhritarashtra, father to a hundred sons, in ‘Mahabharata’ that aired on Star Plus from 2011.

He said: “It is crazy and amazing at the same time when even kids as small as six years old recognise me as Dhritarashtra when they see me walking with long hair.” 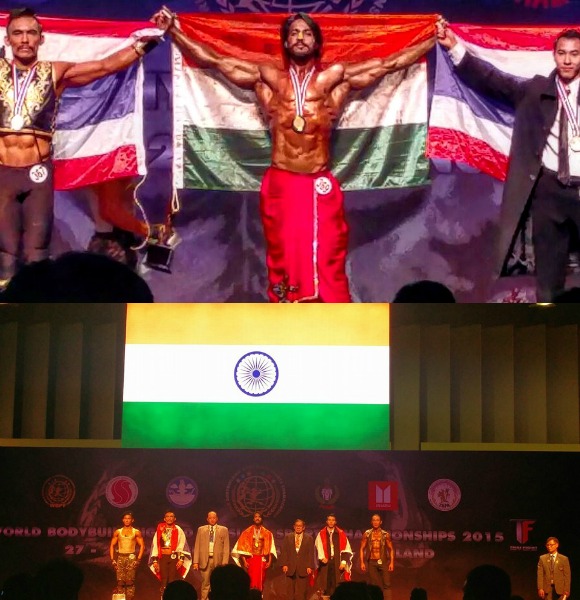 Having made another switch to pursue bodybuilding as a career, Thakur has been ranking high in other competitions as well.

He attained third place in the ‘Men’s Fitness’ category at the Mr Asia 2015 competition in Tashkent, Uzbekistan and was runner-up in ‘Fit Factor’ at Body Power India Expo. 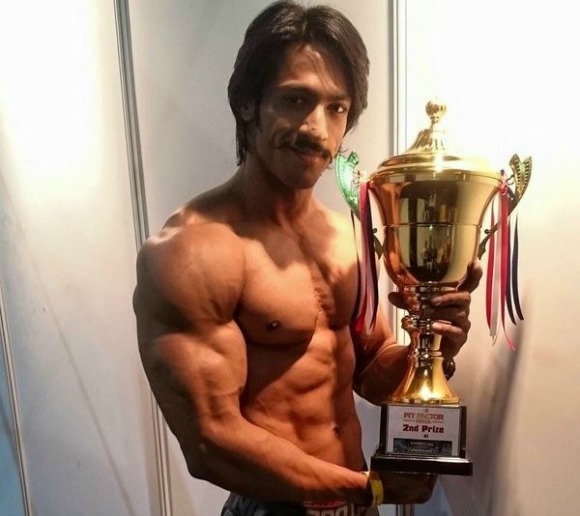 Historically, South Asian bodybuilders have tended to fall short of the mark when it comes to competing against international athletes.

But Thakur’s triumph, and that of Salman Ahmad and Atif Anwar could change public opinion about Desi bodybuilders and inspire others to emulate their professional success.

It is indeed refreshing to see Indian and Pakistani athletes bucking the trend and the convention.