An inspired Stoke City performance led to a memorable victory for the home team against former leaders, Manchester City on December 5, 2015. Stoke soared to victory with 2-0 over Man City.

"We defended very badly but we also had not too many chances to score."

Two first half goals from Stoke City’s Marko Arnautovic, who could have had five goals on the day, sealed Manchester City’s fate.

Both strikes were assisted by Stoke midfielder Xherdan Shaqiri who undoubtedly showcased his best performance in a Potter’s Shirt.

The Swiss magician confidently strode along the edge of the box, beating three city players in the process via a few faints and a stepover, before delivering an inch perfect cross into the danger zone for Arnautovic and Stoke’s first.

Arnautovic’s second was the result of a devastatingly pinpoint through ball by Shaqiri, one of many he dispatched throughout the match, allowing the Austrian forward to sweep the ball under Joe Hart. 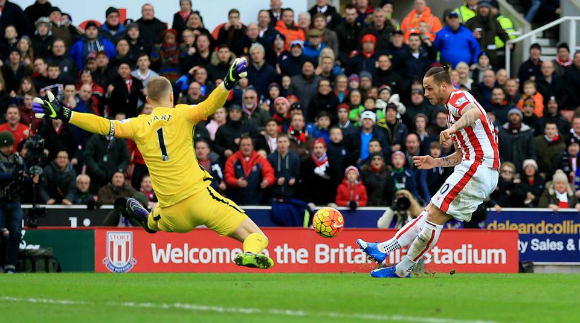 Man City’s two chances of note came to Aleksander Kolarov who rattled the woodwork on both occasions. But it is clear to see how Manchester’s blue outfit were affected by the absence of Sergio Aguero and Yaya Toure.

Stoke are a far cry from the stereotype that they once were a couple of seasons ago.

The team are full of hard tackling big athletes who adopted the long ball/long throw route one approach at every instance. 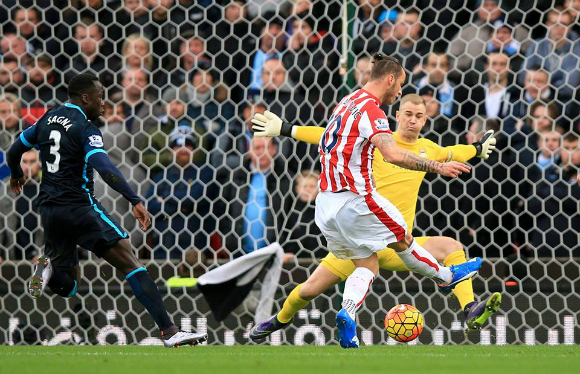 Mark Hughes has transformed the attacking style of this team, bringing in Barcelona, Bayern Munich and Inter Milan alumni, resulting in a more flair-filled yet measured approach to their offence.

Although Arnautovic and Shaqiri were the standout performers, the contribution of Bojan, the Barca youngster who was tipped to be the next Lionel Messi, cannot be understated.

The player is finally showing his potential it seems, as the runs he was consistently making were always positive but more importantly effective.

Wilfried Bony barely got a sniff of the ball with just one touch inside the opposing box the entire match, and the two CAM’s in David Silva and De Bruyne were consistently hampered by great Stoke pressure. 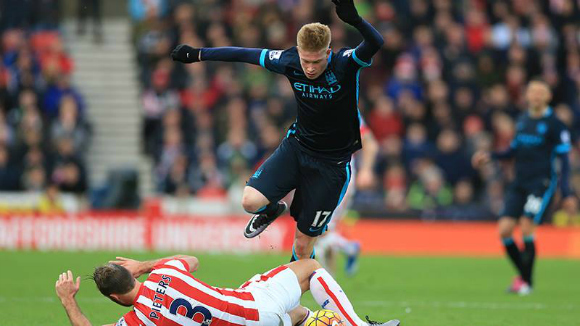 Not only were Man City missing creativity in the final third, defensively they just looked unsure of themselves without captain Vincent Kompany.

The stats show this with the side conceding just one goal when he has played this term and let in fifteen without him.

Manuel Pellegrini attempted to drastically change the course of the game by bringing on Jesus Navas, Fabian Delph and Kelechi Iheanacho early in the second half.

But the decision proved to be ill-fated as his side were reduced to ten men just fifteen minutes from time as Fernandinho succumbed to a hamstring problem. 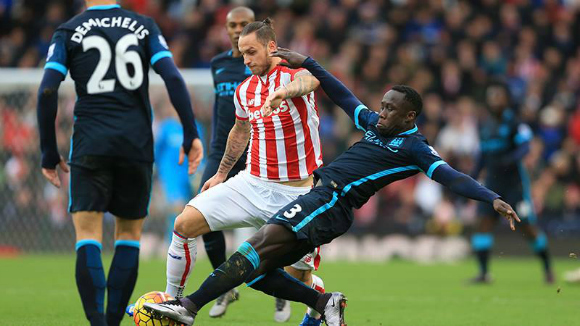 After their 2-0 victory, Stoke manager Mark Hughes said: “We played with an energetic three in midfield, we were on the front foot in midfield and we unsettled them. We always had a threat up front.”

Man City manager, Manuel Pellegrini added: “We defended very badly but we also had not too many chances to score. We are playing with 13 players in all competitions. It was a defeat.”

Up next for Stoke is a visit to West Ham on Saturday 12th December, 2015, whilst Man City host Borussia Monchengladbach in their final Champions League group game on Tuesday 8th December, 2015.