Batman v Superman ~ A Bad Portrayal of the Dark Knight

Unfortunately, Batman v Superman, the battle between the Son of Krypton and Bat of Gotham made for a disjointed experience with a cluttered narrative.

Batman v Superman: Dawn of Justice was set with the task of initiating DC’s answer to the Marvel Cinematic Universe as well as standing alone as an epic between the two most famous superheroes of all time.

It is the fight you’ve always wanted to see; Batman using his vast intellect and resourcefulness against the God like strength of Superman.

When the film was announced at Comic-Con in 2015, fans were overwhelmingly excited but as fragments of production news was released the excitement quickly turned into apprehension.

With Batman, Superman, Lex Luthor, Lois Lane, Wonder Woman, The Flash, Aquaman, Cyborg and Doomsday all set to play a part in the film there was a major concern that there were too many major characters involved in one production and too many plot points would be required as a result.

These fears were warranted as the film is a poorly paced jolting affair with dialogue light minuscule scenes with unimaginative action sequences.

Ben Affleck did not portray Batman 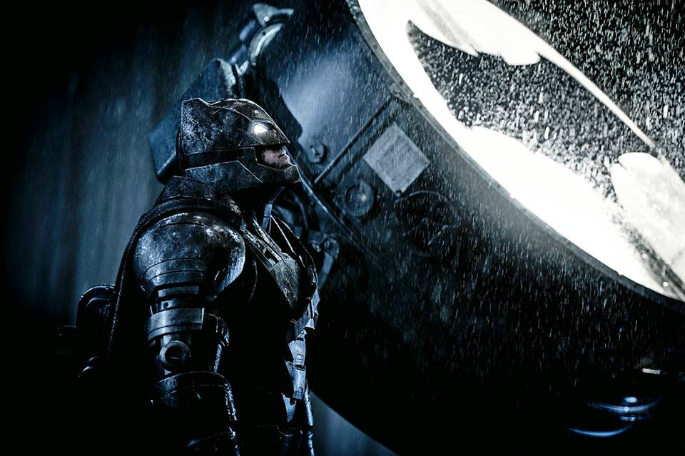 Affleck’s performance was a positive one; it was very reminiscent of Frank Miller’s Batman from the Dark Knight Returns and the Batfleck haters have to eat humble pie because the Daredevil alumni gave DC fans the Batman they’ve always wanted.

In the opening scene of Bruce Wayne’s perspective of the Superman/Zod fight from Man of Steel we see Batman basically running towards 9/11 and saving a child from impending doom. Nothing could be more Batman.

However, there are many aspects of Affleck’s Batman that go completely against vital elements of the character.

For example, Batman is a much more pragmatic man than what was portrayed in Dawn of Justice.

Batman sets out to kill the Man of Steel because of the death and destruction he experienced first-hand in Metropolis.

The Dark Knight does not let any emotional influences cloud his logical calculations of scenarios but in this case he went to the dire extreme and the illogical choice; to take a life. 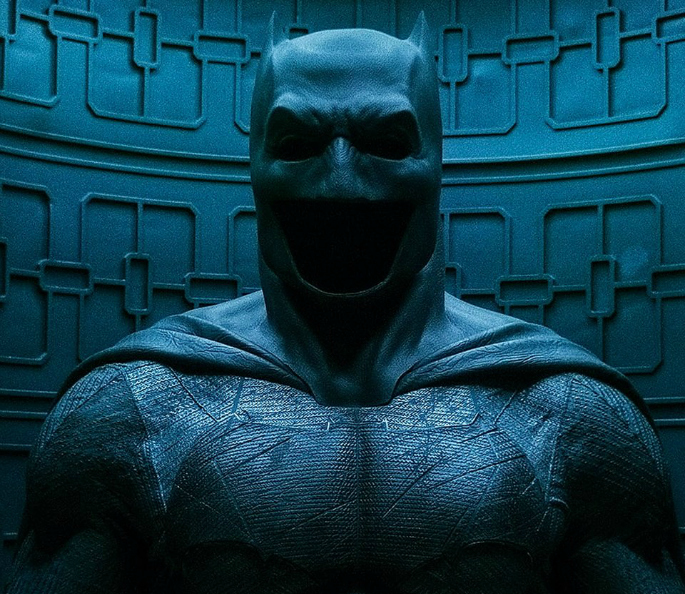 The theme of Batman content with killing is further shown via the Bat-branding of criminals.

When these crooks are sent to prison the brand basically serves as a death sentence executed by fellow inmates. Something Batman would never allow to happen.

In one of the scenes shortly after the Metropolis flashback Batman’s idea of stealth is hanging out in the corner of a very well lit room; this is a man who is supposed to be trained by League of Shadows.

Lastly, admittedly this was in a dream sequence, but we saw Batman wield guns and kill without hesitation; the antithesis of what the Caped Crusader is capable of even in the most dire of circumstances.

Experimentation from the source material is always welcomed when adapting franchises but this is crucial Batman lore that must be adhered to. 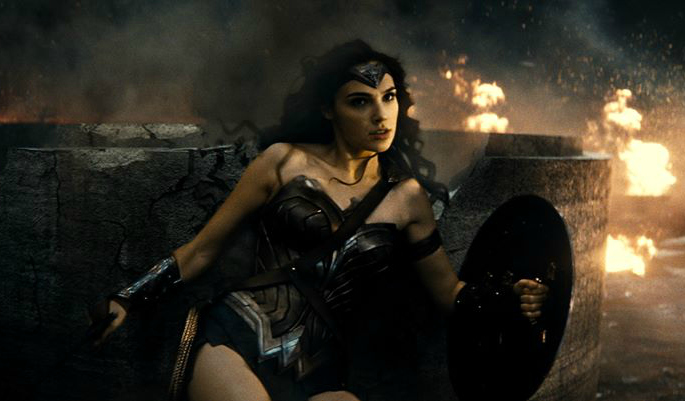 Gal Gadot and Henry Caville are restricted to either emotionless or grimacing facial expressions for the majority of their respective appearances.

Many claim the pair aren’t brilliant actors but it’s easy to forgive their lackluster performances when the dialogue they had to deliver was so atrocious.

Gadot’s Wonder Woman was given approximately twenty minutes of screen time and had two moments of brilliance.

One involved a smirk during the battle with Doomsday and the other was when she said she’s killed creatures in other worlds bringing the Greek mythology aspect of the DC universe into the fold.

Caville’s Superman, on the other hand, a character supposed to be the light to counterbalance Batman’s darkness served as a silent brood with nothing of interest to say.

Inconsequential dream sequences that served no other purpose than creating a jarring experience for viewers were littered throughout Batman v Superman.

The scenes involving Bruce as a boy being elevated by bats, the bleeding Martha Wayne tomb and the Jon Kent flashback were simply unnecessary and didn’t add to or further the plot in any meaningful way.

And the possible Injustice future involving Batman in the desert surrounded by Parademons and Superman’s corps as well as the flash multiverse tease could have been brilliant fan service.

Yet, they were just cut into the film at such unprecise moments that they left the viewer confused rather than happily shocked.

There were so many elements and plot points to keep track of in the two and half hour feature and most weren’t explained thoroughly enough.

The major gripe of the film was the moment where Batman was on the brink of killing the Man of Steel and was only halted because their mothers happen to have the same name.

That is unforgivably bad writing and the two go on to be superfriends forever more.

Zack Snyder not playing to his strengths: 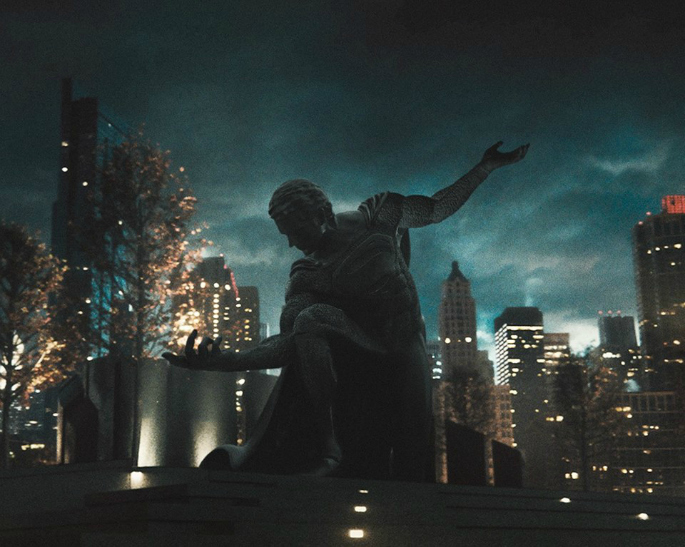 The majority of action lacked any imagination and seeing as the director of 300 helmed this film it is perplexing that this is the case.

The choreography, particularly in the climactic Doomsday battle was repetitive and fight scenes of this ilk have been executed far better in DC’s animated productions.

Snyder’s films are known for being breathtakingly beautiful with innovative cinematography but the only noteworthy shot involved the gun against Martha Wayne’s pearl necklace in the brief Batman origin story. 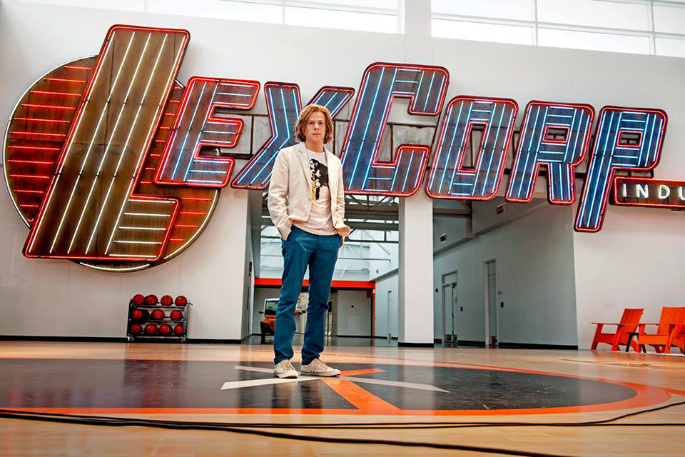 Despite the backlash of Jesse Eisenberg’s portrayal of Lex Luthor in the snippets of him we saw in the trailers, it turns out he is the film’s standout performance.

He was quirky, eccentric and genuinely interesting to watch when on screen; a rarity in this film.

His back story of having an abusive father was also very compelling and explains his motivations to topple superman.

We don’t know exactly what Lex hoped to gain from his actions but the character’s captivating unpredictability was most welcomed.

The Arkhams series-esque sequence involving grappling hooks, battarangs, multiple takedowns and the use of environmental objects was the best representation of Batman combat ever witnessed on the silver screen.

Overall, the film was a haphazard experience and does not bode well for the rest of DC’s cinematic universe.