Wonder Woman throughout the Years

Wonder Woman is one the most iconic female superheroes. With her film set to release in 2017, DESIblitz explores her evolution throughout the years.

"She shows the strength of women and fights for love, justice and equality"

Wonder Woman is one of the most iconic female superheroes in the comic book world.

She is strong, smart and can stand on her own, so it is natural that many young people would be a fan of her.

The hype has also returned for Wonder Woman after her on-screen debut in Batman vs Superman: Dawn of Justice in March 2016. Although she may not have had much screen time, she still managed to slay.

But have no fear, we will be seeing more of Wonder Woman in her up and coming film set to come out in cinemas 2017.

DESIblitz explores the evolution of this iconic superhero and how she gained her cult status over the years. 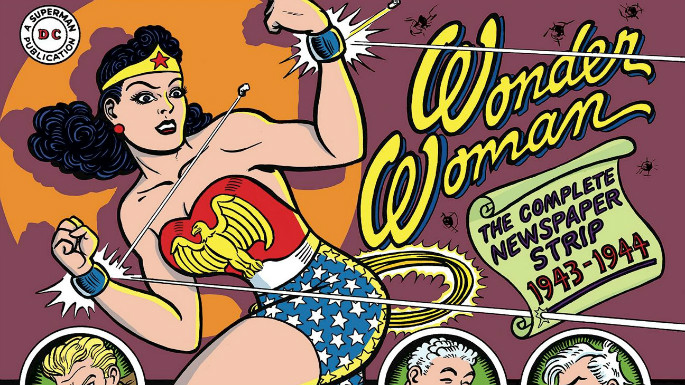 Wonder Woman aka Diana Prince has gone through many different evolutions, as Creator William Moulton Marston invented her character way back in 1941.

Wonder Woman is an Amazonian Princess with powers of immense strength, beauty, wisdom, courage, speed and flight. She grew up with warrior women and was sent into Man’s World where she had taken up the secret identity Diana Prince.

She is commonly seen as a feminist icon because she shows the strength of women and fights for love, justice and equality.

She fought against people by using the lasso to force the truth out of her enemies. However, her overt sexuality and obvious links to bondage has led to a lot of controversy.

Jill Lepore, Harvard professor has written about this confliction at length in his book, The Secret History of Wonder Woman. He writes: 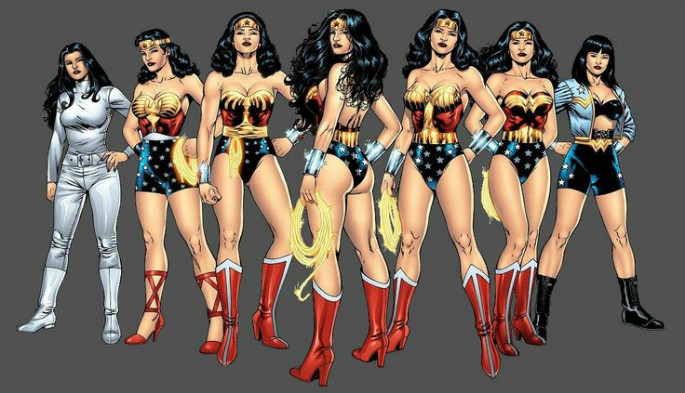 Wonder Woman has gone through many makeovers. Her original comic featured her in a red breast plate and blue shorts with white stars.

She then moved on to have a star studded skirt, a modern revamp, and also sported a chic and revealing black outfit in the 90’s. However, the one outfit that remains in the minds of her fans is the iconic red and blue body suit.

In 1968, Wonder Woman also went through a period where she lost her powers and became a normal human, due to the Amazons being sent to a different dimension.

Her boyfriend was murdered in the first issue and she went on a quest for revenge. As you might expect, this was not very well received.

Journalist, Gloria Steinem put Wonder Woman on the front cover of Ms. Magazine. Due to Steinem’s intense lobbying and claims that the removal of her costume was a ‘shameful disempowering of a beloved female superhero’, the beloved character’s powers were restored.

Wonder Woman has also enjoyed numerous TV adaptations, the first being in 1974 where Cathy Lee Crosby played the Amazonian superhero in a ‘made-for-TV movie’. This film was supposed to work as a pilot for a TV series however it didn’t do as well as expected.

CBS then took the reigns of the Wonder Woman series, this time starring Lynda Carter – it continued for three seasons. 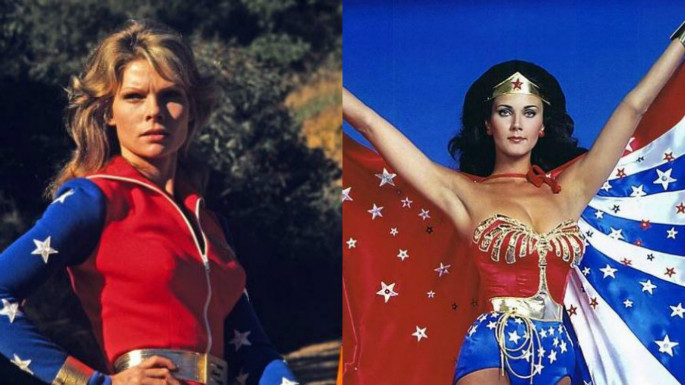 There was a certain level of controversy due to her outfit and Carter herself has been quoted telling US magazine that ‘she hated the way men looked at her in this role’. She added: “I never meant to be a sexual object for anyone but my husband.”

The pilot of the show stayed true to the original comics, however key facts were inevitably dropped or changed – like her birthplace and her time in the military.

Diana Prince also span in order to transform into Wonder Woman, which was suggested by Carter – this was later adapted into the animated series of the Justice League.

It’s safe to say that Wonder Woman is more than some overly sexualised woman in a tiara, she is a feminist icon and has been a role model to generations of women. 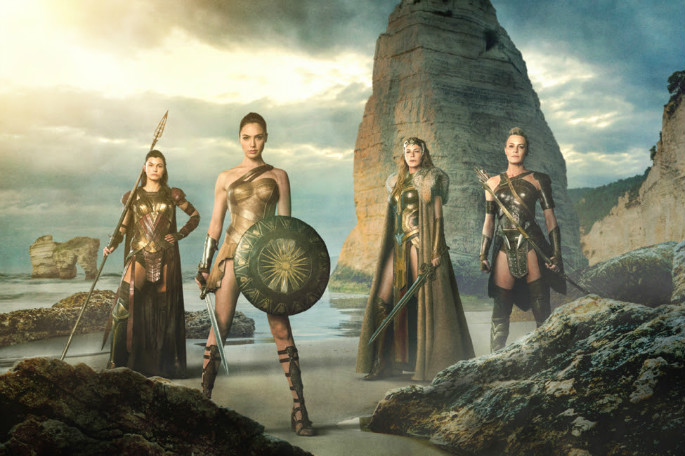 The most recent addition to Wonder Woman’s long history is Gal Gadot who has been cast as this Amazonian badass.

Gadot recently starred in Batman vs Superman: Dawn of Justice and will also be in Wonder Woman’s feature film which is set to hit the big screen in 2017.

With director Patty Jenkins (known for her work in Monster and The Killing) taking the reigns of this new and improved female icon, fans are bursting at the seams with anticipation.

Although fans only caught a short glimpse of Gal Gadot in Batman vs Superman: Dawn of Justice, we saw enough to know that she is set to kick ass in the up and coming DC movie adaptations.