Though there has not been much of a media buzz around Pari, Anushka Sharma does not fail to spook audiences with her eerie avatar in this Bollywood horror film. DESIblitz reviews.

It is quite refreshing to see a film like Pari which focuses on its fright factor and nothing more.

Anushka Sharma is perhaps one of the most diverse and distinguished actresses in Bollywood today.

Over the course of her 10-year career, she has played various roles consisting of a wedding planner, a con, and ghost, to name a few.

Even as a producer, Sharma’s films have quite a unique and fresh angle. Whether it’s an intense thriller like NH10 or a comedy like Phillauri, there is always something that both educates and entertains the viewer.

Her latest film, Pari seems like a fright fest, a movie that showcases a more sinister side to Sharma’s acting.

Furthermore, the fact that there has been minimal, if not any media promotions, adds more of a curiosity factor to the film. So, how chilling is this Prosit Roy directorial? DESIblitz reviews Pari.

Set in Calcutta and Bangladesh, the film is based on traditional folklore involving the demonic possession of a woman to continue the bloodline of the devil.

The less you know of this, the better since it has not been covered much in Bollywood before. This is what sets Pari from other supernatural Hindi films.

Without giving too much away, the film begins on quite a light and innocent note.

We are introduced to Arnab (played by Parambrata Chattopadhyay), an introvert who agrees to an arranged marriage setup where he’s getting to know the prospective bride.

However, on returning from seeing the bride (played by Ritabhari Chakraborty), the road takes a sinister turn and this forms the crux of Pari‘s narrative. 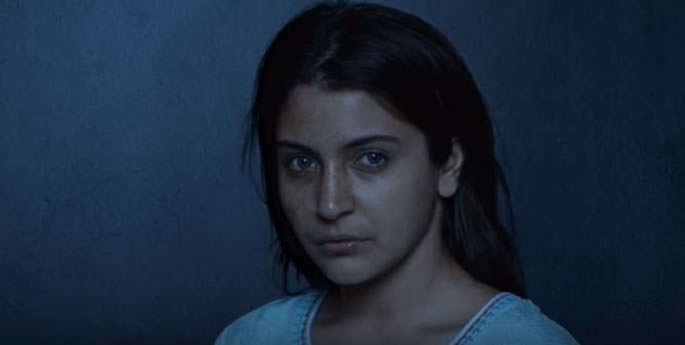 What is the strongest point about Pari, is that the movie does not follow the conventional elements of a horror film, i.e. jarring music or the overt use of jump scare sequences.

What makes the film so spooky is the overall package. From the setting of where Rukhsana (Anushka’s character) originally lived to her abhorring antics, there are several elements which are both scary and suspenseful.

As such, Jishnu Bhattacharjee’s crisp cinematography creates an eerie but visually stunning effect.

One example is when an afraid Rukhsana looks at another bloody and battered version of herself.

As she runs, the viewer is unable to hear the scream and the entire shot of her running is executed by slow-motion. This scene is so different to what we have seen previously in other Bollywood horror films.

In addition to Bhattacharjee’s cinematography, the use of editing is also refreshing.

One quite violent sequence is divided into snippets followed by a blackout and then cuts into the next sequence.

Hats off to the technical team for attempting to present this supernatural horror in a distinctive way within Indian cinema.

Aside from the technicalities, the characters and performances are very well written and performed excellently by the cast.

Rukhsana, as a character, is well-written. Despite being a girl who is untouched by modern society, she is not completely disconnected and therefore is able to adapt gradually to social customs. 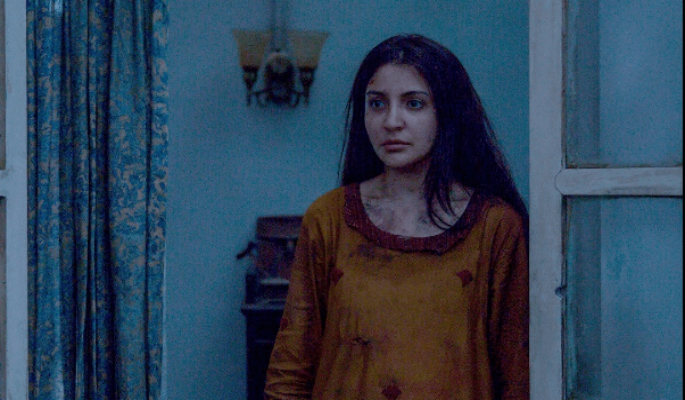 Anushka Sharma is first-rate in playing Rukhsana. Essaying such a dark character is not easy, yet Sharma portrays her part with maturity and sincerity. This is definitely another feather to add to her hat.

It has been a while since we have seen other mainstream or commercial Hindi film actresses depict a scary character.

Perhaps the last popular Bollywood actress to headline a horror role with such impact is Vidya Balan in Bhool Bhulaiyaa.

By undertaking such an innocent yet malevolent character, Sharma, despite being a current and popular heroine in Bollywood, proves that it is worth taking a risk by playing a role which transcends an actor’s comfort zone.

Complementing Sharma’s excellent performance is Parambrata Chattopadhyay. His character (Arnab) pretty much like in Kahaani, is that of a compassionate man.

Chattopadhyay’s simplicity is what works in the film. He is not pretentious in being this macho hero who overcomes the wrath of evil. Arnab is a simpleton who makes one horrid mistake and decides to take responsibility for his wrongdoing.

Seeing the steady relationship blossom between Arnab and Rukhsana is quite endearing.

Usually, in a horror film, there is a lot of skin-show and that is used as a means of promotion. It is quite refreshing to see a film like Pari which focuses on its fright factor and nothing more.

Rajat Kapoor actually plays quite a positive character, yet he is initially portrayed as quite evil. However, as the film progresses, one becomes aware of his intentions. He enacts his part well and shines throughout the film. 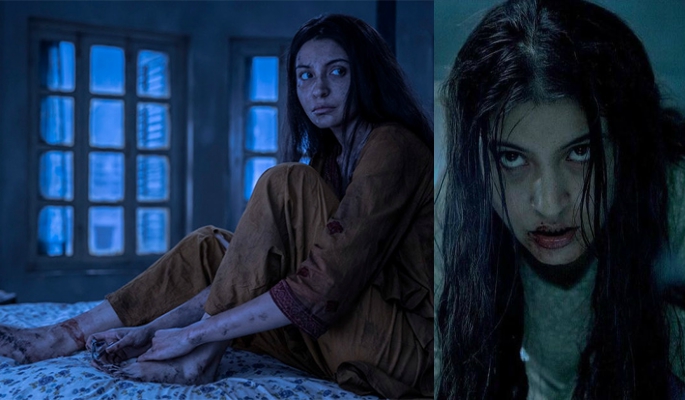 Alongside Sharma, the actress that will really give you nightmares, is Mansi Multani.

She essays the role of a ‘Kalapori’ – which seems to be a satanic messenger. At first, we see a girl who implores she is innocent. But slowly, we see her transform into a hideous figure that oozes of evil. Perhaps, the Kalapori could be Bollywood’s response to ‘The Woman in Black’!

Though there are several positives about Pari, what are some of the downfalls?

Well, with Pari, the movie aims to be quite dynamic and presents a different angle.

Unlike other horror flicks, this one does not exhibit the entire narrative within the first 20 minutes. It takes a while to get going.

Despite having a reasonable duration of about 2 hours and 14 minutes, there is never a moment where one feels as though the movie is unable to progress.

Also, Pari is not a film for the faint-hearted, especially if you love animals. There are several scenes which will make one look away in terror.

Pari is a game-changer for the horror genre in Indian cinema.

This film does not follow the traditional scary style and it compels the viewers to connect with the story and its characters.

A spooky Bollywood film without unnecessary sex-scenes, deafening screams and loud background music, Pari should be appreciated for attempting to break the boundaries of supernatural cinema.

Nonetheless, if that still does not impress you, then Anushka Sharma’s chilling avatar of Rukhsana will be forever etched into your mind!

Anuj is a journalism graduate. His passion is in Film, Television, dancing, acting and presenting. His ambition is to become a movie critic and host his own talk show. His motto is: "Believe you can and you're halfway there."
Anushka Sharma’s Pari thrills with Horror and Mystery
Sunny Leone & Daniel Weber blessed with Twin Boys via Surrogacy