Angry Indian Groom erupts into Fight at His Wedding

An Indian groom was captured on video getting angry with a guest. The groom eventually got into a fight at his own wedding.

her new husband loses his temper with the guest.

An Indian groom had a traditional marriage but it did not go to plan as it resulted in a fight between him and another guest.

The incident was captured on camera as the groom sat next to his new bride.

It is not known where the wedding took place but the fight broke out after the groom was provoked by one of the guests.

The bride and groom were seen sitting at the venue dressed in their wedding clothes while guests gathered around them.

Meanwhile, a man in a blue shirt is seen standing behind the groom’s chair.

The man appeared to be drunk as he was swaying from side to side and he looked like he was struggling to stand still.

He is then seen moving the groom’s turban from side to side. Guests watched as the groom laughed and adjusted his headwear. 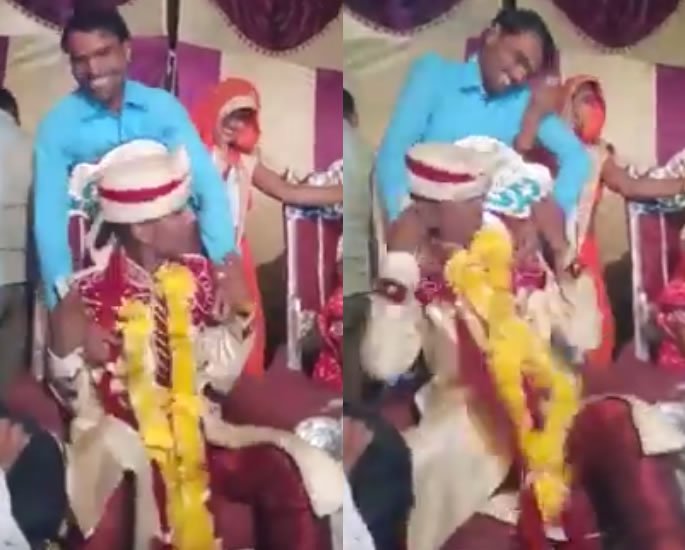 However, the wedding guest continues to mess around with the groom’s turban, even taking it off and putting it back on.

Another wedding guest helps the groom with his turban as he begins to look annoyed. Meanwhile, the man continues smiling.

He hands the groom something and the two face forward. The guest then grabs the Indian groom’s cheeks and begins squeezing them in an aggressive manner.

The irritated groom tries to pull the man’s hands away but he grabs his clothes. The incident results in the groom’s turban being knocked off.

The bride looks over as her new husband loses his temper with the guest.

In the video, the groom is seen getting up and throwing punches at the guest. The bride and other guests try to separate the two men but the groom continues to swing punches. 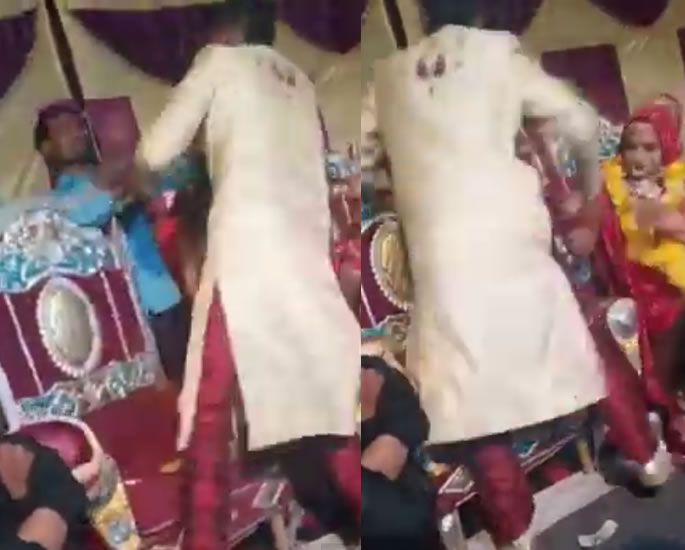 The bride eventually gets up from her seat and pulls her husband away with the help of other guests.

The groom continues to shout at the man while guests attempt to calm him down. They eventually escort the groom off stage so that he can cool down.

The incident was viewed over 50,000 times and many social media users supported the groom for his actions.

“That guy in the blue shirt messing with the Groom’s turban should be beaten up black and blue!!!!”

“Good for the groom. The guy in the blue dress shirt took it too far. I don’t care if its a brother, uncle, dad, grandpa, you should always know there is a time and a place for everything.”

Others stated that the wedding guest went too far.

Watch the Video with the Indian Groom 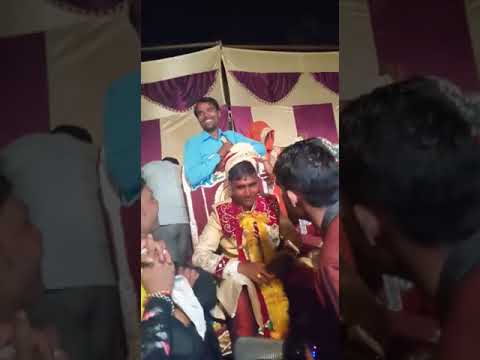 Dhiren is a journalism graduate with a passion for gaming, watching films and sports. He also enjoys cooking from time to time. His motto is to “Live life one day at a time.”
Indian Traffic Cop forcibly Driven on Car Bonnet for 2km
Indian Father attacks Love Married Daughter, Husband & In-Laws