London’s Chime for Change saw the best of East and West join forces to stand up for women around the world. The concert included the likes of Aishwarya Rai Bachchan and Beyoncé.

“None of us can move forward if half of us are held back.”

June 1, 2013 saw a star-studded gathering of international stars from music and film, at the Twickenham Stadium, to stand for change.

Representing Bollywood was actress Aishwarya Rai Bachchan alongside husband, Abhishek Bachchan, campaigning for the empowerment of women and girls across the world.

Read on, to see how the Chime for Change concert brought our team at Desiblitz to tears as well as had us dancing on our seats.

On the hunt for tickets to the world renowned Wireless festival in London in July, we came across the rather under publicized Chime for Change concert.

With a dazzling line up such as Beyoncé and Florence and the machine as well as whispers that our very own Aishwarya would be making an appearance, we just couldn’t resist but attend. 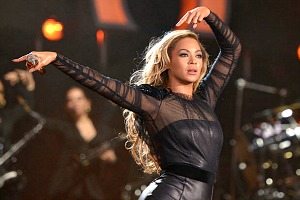 Arriving at a part empty stadium, our expectations were low. Boy were we wrong – the stage exploded as Jessie J, in amazing shape, gave us favourites such as, ‘Price Tag’: It’s not about the money, money, money.

Our feet were bopping and our hearts filled with a love for humanity. Her performance certainly set the tone for the unexpected video footage of the stories and injustices of women and girls across the world.

The story of Humaira, a courageous young woman in Pakistan for example, who, despite intense social and religious pressures, set up a school in a small room in her village, to educate girls. If you consider that there are over 32 million women under the age of 14 in Pakistan, less than 13 million are enrolled in formally recognized schools.

It made us realise that the impact of this is like the ripple effect of throwing a stone in a pond. Studies show that investing in girls education raises GDP and employment of a country. Today, after a long and hard journey, Humaira now teaches 1200 children in that one room. 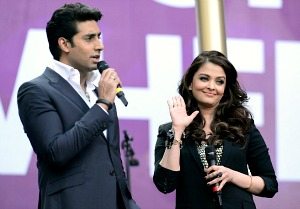 Our hearts were touched but inspired as Aishwarya alongside hubby Abhishek, took the stage, to show their support, as if to say: ‘We are here for you Humaira, all of us can make a change to help you in your suffering and give you the opportunity to make your dreams come true.’

The message was strong but clear with a nice touch of comic relief from Abishekh who shared a smile and a subtle wave every now and again.

One after the other, celebrities such as the stunning Salma Hayek and Madonna campaigned for the crowds to make a difference. Followed by Jennifer Lopez, who set the stage on fire alongside Mary J Blige, the embodiment of a strong woman.

We knew and danced because yes, they were amazing, but also because each and every celebrity was there to make a difference. 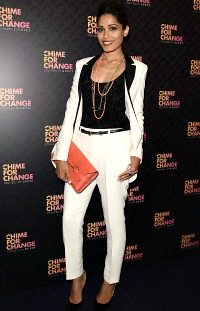 As the dusky night grew on, spirits were high and just kept getting better and better. Florence Welch, singer from Florence and the machine, floated on the stage like an angel.

No other singer could put to music the feelings we had in our hearts at that moment.

The atmosphere was electric and the stadium seats literally vibrated as she powered out with the very fitting, ‘You’ve got the Love, I need to see me through’. Such an unforgettable experience that even Shane Richie, the lovable Alfie from Eastenders sat behind us, rose to his feet.

As the saying goes, behind every great man stands a great woman. This was most certainly true for Beyoncé who rocked the stage with husband rapper Jay- Z.

The crowds went wild as, with a supportive kiss on the cheek for his wife, Jay-Z took a side step while Beyoncé delivered an amazing performance of ‘Who runs the world?…Girls’. Beyoncé, one of the key founders for Chime for Change commented that:

“Being a mother, it’s really important that I do what I can and use my voice. There are many women around the world that don’t have one”.

We came for music and Bollywood, but we got much, much more. Our eyes were opened to the sadness and struggles of so many women across the world. Woman to woman, sister to sister our hearts were touched by their plight. We left inspired and confident that we can make a change. We can do amazing things: “None of us can move forward if half of us are held back.”

Learn about and find health, justice and education projects that you can make a difference too by visiting the www.chimeforchange.org website.

Minal is currently a brown/yellow toned East London resident with a strong Mancunian accent and a weakness for samosas. As a former part time model recently discovered that she has the perfect face for writing. Her motto is: 'Peace, Love and Curry.'
Shreya Ghoshal ~ Bollywood’s Songbird
Bollywood The Cabaret