10 Desi Habits which Can Damage Sperm and Fertility

There are everyday habits which may not seem harmful but they can damage sperm and fertility. We look at 10 Desi habits in more detail.

Prolonged use can decrease testosterone levels

Male fertility for men from South Asian communities is an extremely important matter. The quality of sperm and fertility can make all the difference when it comes to having a family.

With family being the nucleus of Desi lifestyle, anything that impacts having a family definitely requires attention.

Due to changes in lifestyle and diet, the impact on male fertility can be paramount.

There are many causes, from hormonal imbalances to physical problems. Psychological and/or behavioural problems can also have an impact on male fertility.

Fertility in a man is affected by a man’s overall health. If he is healthy, then his sperm is going to be healthy too.

We take a look at Desi habits that can impact the sperm and fertility in men with South Asian roots, however, they are not all-inclusive. 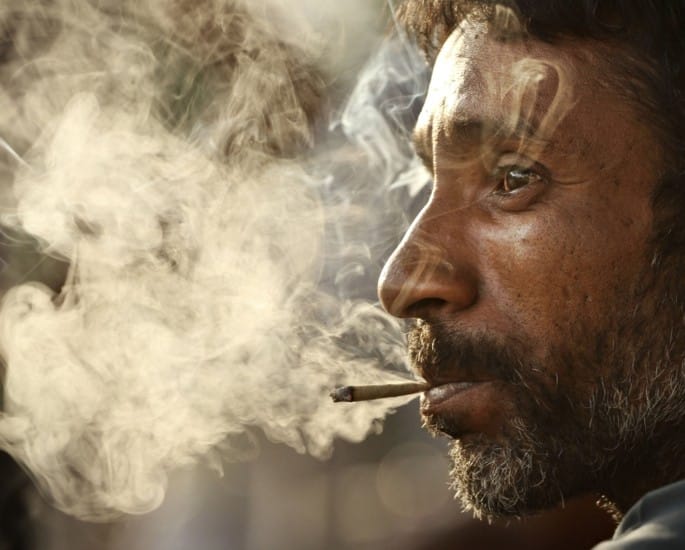 Smoking is a well-known habit which can impact any kind of health including fertility.

Smoking can radically reduce sperm count, affect the quality of semen, impact the swimming patterns of normal sperm and cause male impotence including erectile dysfunction.

In 2016, European Urology published a study on the impact of smoking on semen health.

It screened over 5,000 men and found that smoking reduced sperm count, sperm shape and sperm motility (how sperm swim).

Cigarette smoking is by far the highest contributor but now vaping or e-cigarettes are also seen as a contributor to harming sperm. In 2017, a scientist found that some flavours of electronic cigarettes can impact sperm quality.

In the South Asian community, as well as cigarette smoking there are different types of tobacco habits that exist.

Prolonged use of Marijuana and other Recreational Drugs 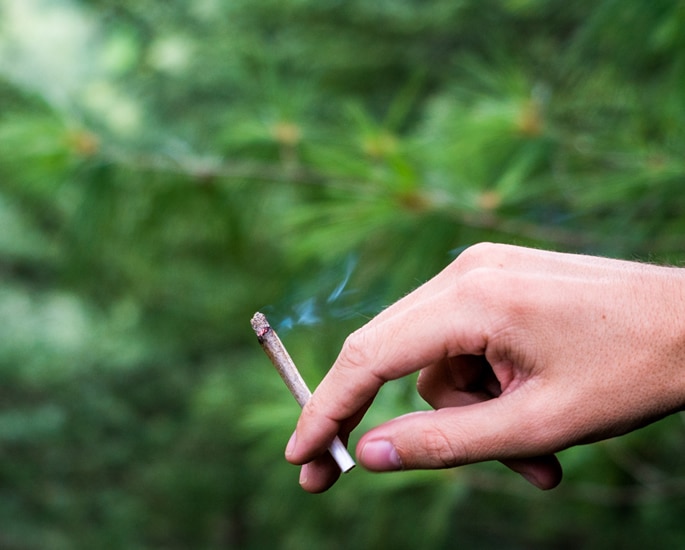 It is suggested that prolonged use of recreational drugs can affect sperm and fertility, however, there has not been much research into the link.

There is evidence that marijuana can affect a man’s fertility. Prolonged use can decrease testosterone levels which results in less sperm being produced.

THC is the active ingredient in marijuana and it can also make your sperm move slower. This means that they are less able to reach and fertilise your partner’s egg.

The use of cocaine has been linked to a reduced sperm count and it negatively affects sperm quality. Long-term users experience problems in getting or maintaining an erection.

Although there has been little research into ecstasy use and fertility in humans, animal studies have shown that it can cause damage to the sperm’s DNA.

For men with existing fertility issues, ecstasy use can make conceiving even more difficult. The drug has also been linked with higher miscarriage rates and birth defects.

Drug usage has increased among Desi people especially since they have become easy to get a hold of. 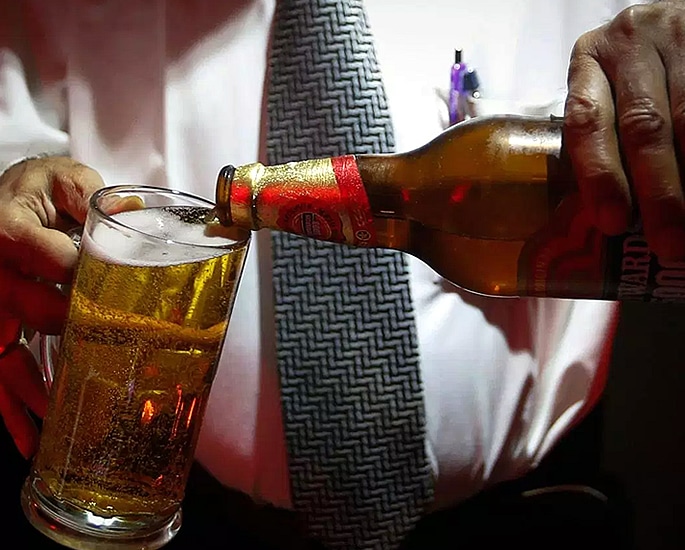 Drinking excessive alcohol contributes to a decline in sperm quality and may even cause relationship problems.

It is recommended that you drink no more than 14 units per week, spread out across at least three days. This is equivalent to about seven pints of beer, nine small glasses of wine or 14 single measures of spirits per week.

Staying within these limits will not affect the quality of sperm. But research has linked heavier drinking to lower testosterone levels, lower sperm count and lower numbers of healthy sperm.

A Danish study found that men who drank 40 alcoholic drinks per week had a 33% lower sperm count than those who drank between one and five drinks.

Heavy drinking can also reduce your libido and make it more difficult to get or maintain an erection.

So for those Desi men who are trying to conceive, it is suggested to stay within the recommended alcohol intake.

The good news is those heavy drinkers who cut down, it will improve sperm quality and fertility. 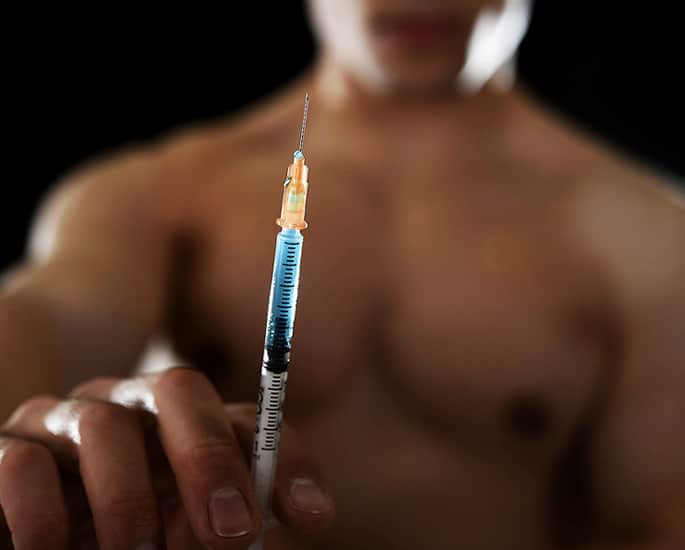 Exercise and building muscle is a way for men to look and feel good, however, some want to build muscle fast.

Men see pictures of muscular men and they feel pressured into wanting to become more muscular. This results in them becoming addicted to bodybuilding.

This includes Desi men who are obsessed with the idea that they have to look bigger than their peers. Some even resort to anabolic steroids to speed up the process.

While it does aid with muscle building, it causes harm to other parts of the body. This includes a man’s fertility as steroid use can actually shrink the size of a man’s testicles.

It is a side effect which can have a massive effect on a man’s confidence. However, a lot of men are using steroids in order to speed up the bulking process.

Public Health England estimates that “one million people are using anabolic steroids, 93% of them are men”. 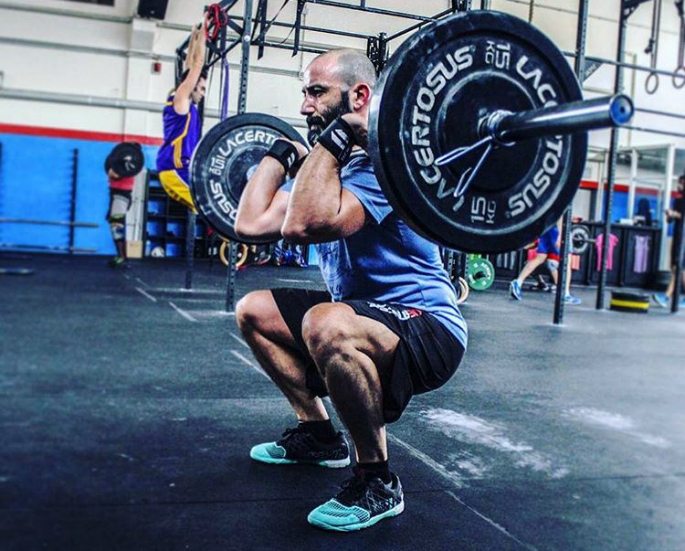 Usually, moderate exercise is helpful for fertility. It helps to keep you at a healthy weight, which is important for normal sperm production.

However, overly intense exercise can cause damage to the quality of your sperm.

Overly intense exercise produces high levels of adrenal steroid hormones. This means it can lower your sperm count indirectly by lowering the amount of testosterone in your body which can result in infertility.

It may also result in poor-quality sperm. For example, research has found that triathletes had worse sperm quality than those who take part in game-based sports like tennis.

It is recommended to opt for a more moderate exercise routine that protects against low sperm count and testosterone loss. Moderate exercise will also improve one’s sex life.

Decreasing the intensity will help maintain a normal sperm count with risking inactivity or weight gain. 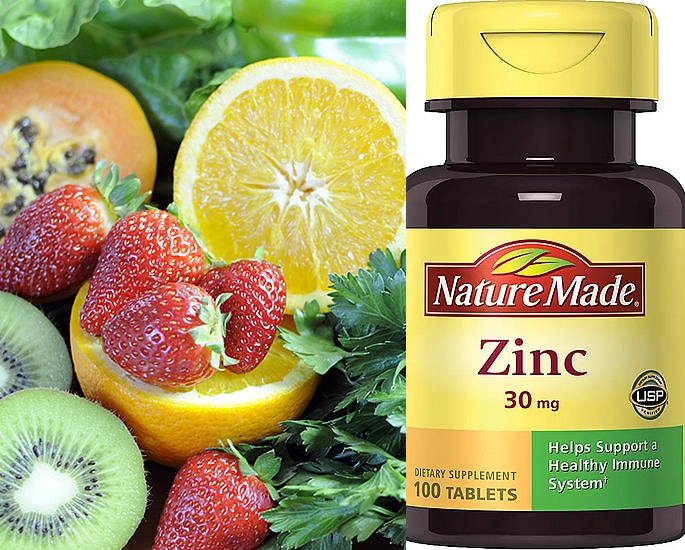 Maintaining a healthy diet helps with the body, however, a lack of vitamins and minerals can have a negative effect.

This includes sperm and fertility. A lack of vitamin C and zinc can cause damage to the quality of a man’s sperm which can lead to impotence.

Vitamin C is present in many fruits and is an antioxidant. Studies have shown that it enhances sperm quality.

A lack of vitamin C can make the sperm and its DNA prone to damage. DNA damage in the sperm makes it more difficult to conceive, but if it does take place, it can increase the risk of miscarriage.

Low levels of vitamin C can also cause sperm to clump together, making them immobile.

Zinc is also very important when maintaining fertility as a high concentration is found in the sperm.

Zinc is needed to form the outer layer and tail of the sperm, therefore, it is essential for healthy sperm. Studies have also revealed that a lack of zinc in a man’s diet will reduce his sperm count. 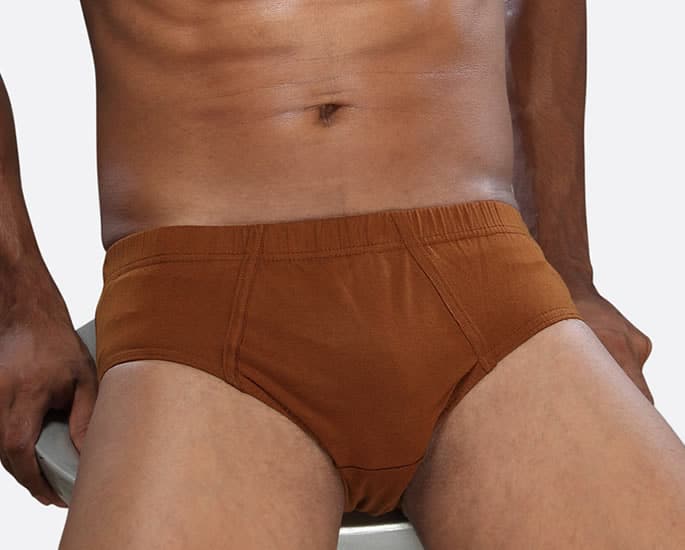 Sperm is at its healthiest when it is a couple of degrees below normal body temperature. Celia Dominguez, a reproductive endocrinologist at the Emory University School of Medicine, USA, said:

“That is why [testes] are located outside of the body. Testes were made to be out in the breeze.”

However, raising the temperature can lead to poorer sperm quality and one of the most common causes is wearing tight underwear.

Wearing tight underwear can overheat the testicles. Even if they are several degrees above what they should be, sufficient sperm cannot be produced, resulting in a low sperm count.

As it takes around 10 weeks for sperm to be produced, damaging them will affect them for just as long.

Although opting for loose underwear will not immediately help, it is worth maintaining in order to improve your chances of conceiving. 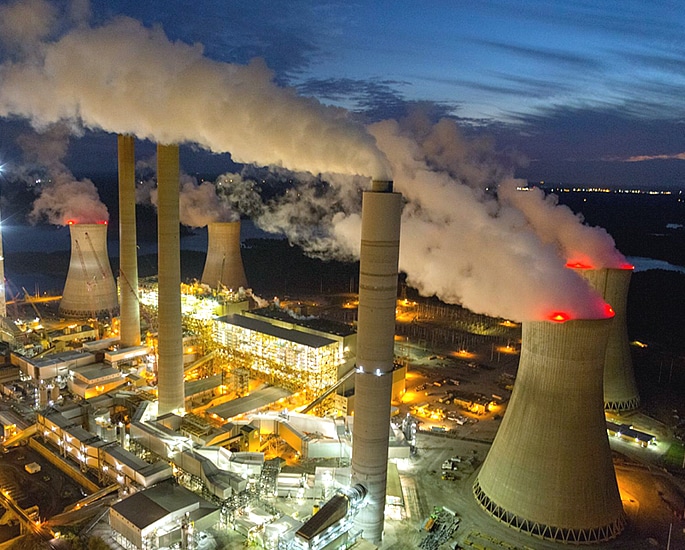 Being exposed to environmental hazards can also have an effect on sperm and fertility.

This is prevalent among men who work as landscapers or in manufacturing. They have regular contact with environmental toxins or poisons like pesticides and lead paint.

Being exposed to a range of chemicals can lead to reduced sperm concentration and quality.

Exposure to radiation may sound unlikely but it is actually the most common hazard and it is down to mobile phones.

Keeping a mobile phone in trouser pockets may make sperm less mobile and reduce their count due to the radiation emitted from them.

Researchers have said the heat from a phone could raise the temperature inside your testicles which could damage sperm production.

Reducing exposure may mean putting your phone in your jacket pocket instead. 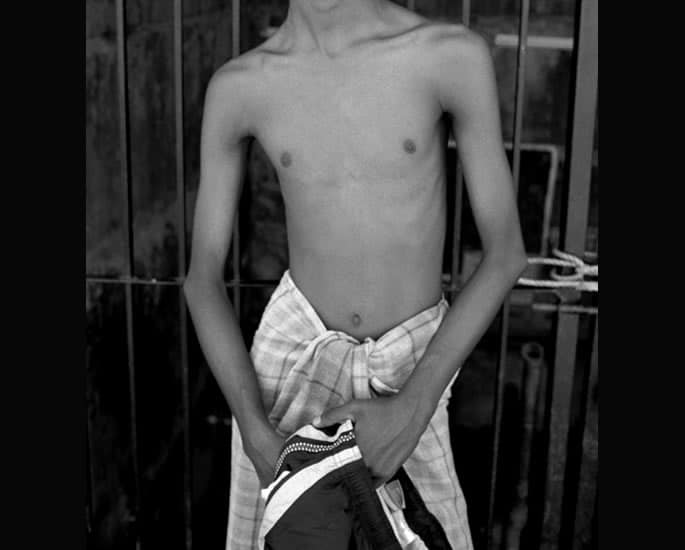 While being overweight can result in male fertility problems, it is also present in underweight men especially in those who become malnourished.

Malnutrition involves a dietary deficiency and certain nutrients are lacking when a man does not eat enough food. This also affects sperm and fertility.

This includes a deficiency in vitamin C and zinc, two things which are vital for healthy sperm. A lack of nutrients will decrease sperm count and functionality.

Being malnourished can also decrease a man’s libido and make them less inclined to have sex.

A lack of nutrients may also include a lack of iron which can result in anaemia. It is a deficiency of haemoglobin in the blood.

This leads to having significantly lower testosterone levels than those with normal haemoglobin. A man’s ejaculate volume and sperm density are also reduced. 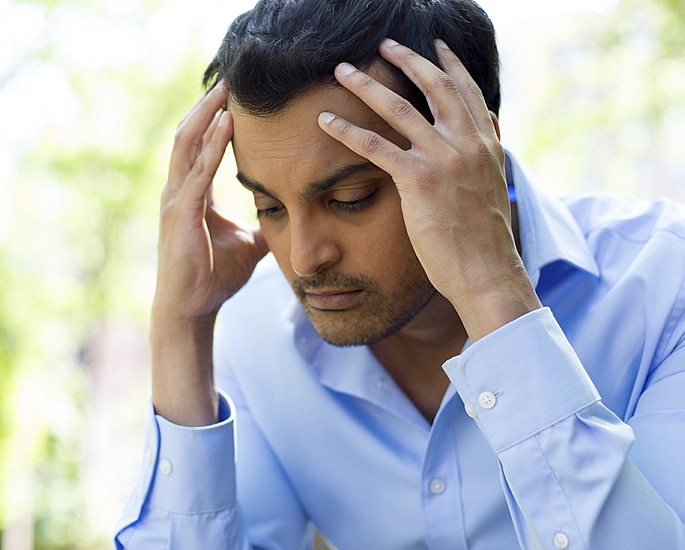 The life of a Desi man in regards to family, relationships and finances can lead to stress. This can affect sperm and fertility as research has shown a link between the two.

Many experts believe that stress and depression can affect your hormone balance, which can cause problems with sperm production.

Excessive stress can lead to emotional problems which can lower your sex drive and making you less likely to have sex.

A study from Columbia University found that men with higher stress levels have worse sperm quality than men who report feeling less stressed.

Relaxing and unwinding will help with fertility. Doing moderate exercise or playing a sport that you enjoy will reduce stress and helps with overall health.

While these habits may not have much of an effect on a man’s physical health, it has a massive effect on their reproductive health.

Being exposed to these habits is quite common but it will have a negative effect on sperm and fertility.

But modifying these lifestyle behaviours can improve a man’s fertility and should be taken into account when a couple is trying to start a family.

Dhiren is a journalism graduate with a passion for gaming, watching films and sports. He also enjoys cooking from time to time. His motto is to “Live life one day at a time.”
40,000 Bangalore Women sign up for Extramarital Affairs
Cosmetic Surgery Tourism and Costs in India