What does Jaya think about Daughter-in-Law Aishwarya?

Jaya Bachchan who has fondly spoken about her daughter-in-law Aishwarya Rai on many occasions candidly revealed what she likes about her.

“I think she’s a strong lady, she has a lot of dignity.”

Bollywood actress Jaya Bachchan, who is the mother-in-law of actress Aishwarya Rai has revealed what she thinks about her.

In fact, Jaya Bachchan was ecstatic when Aishwarya and her son Abhishek were set to tie the knot.

Ahead of the couple’s wedding in 2007, Jaya took to the opportunity at an awards event to welcome Aishwarya into the family.

At the Filmfare Awards when Jaya was onstage to present an award, she utilised the chance to officially welcome her family’s newest member.

Aishwarya, who was sitting in the audience next to Abhishek was left with teary eyes at the heartfelt gesture.

“I am going to be a mother-in-law all over again to a wonderful lovely girl who has great values, has great dignity and a lovely smile.

“I welcome you to the family, I love you.”

Not only that, but Jaya Bachchan also spoke of her fondness of her daughter-in-law on the popular talk show, Koffee with Karan.

On the show, host Karan spoke about Abhishek having found someone special, referring to Aishwarya Rai.

It was evident Jaya could not contain her excitement and happiness. In response, she said:

“She’s lovely, I love her. You know I have always loved her.” 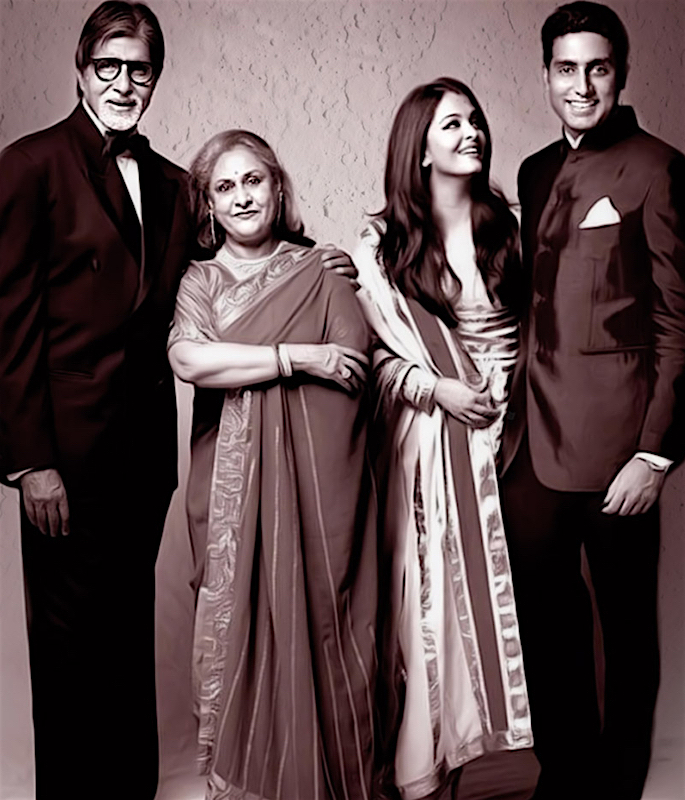 Jaya was also asked if she believes Aishwariya was the perfect addition for her family. She said:

“I think so. I think it’s wonderful because she is such a big star herself. But when we all are together, I have never ever seen her push herself.”

Jaya continued to mention what she likes about her daughter-in-law. She revealed:

“I like that quality that she stands behind, she’s quiet, she listens and she’s taking it all in.”

She also revealed how Aishwariya fits into the family saying:

“Another beautiful thing is she’s fitted in so well. Not just into the family, but she knows that this is family, these are good friends, this is how one is supposed to be.

“I think she’s a strong lady, she has a lot of dignity.”

In fact, it is not only Jaya Bachchan who is fond of Aishwarya. She went on to mention that Amitabh Bachchan looks at Aishwarya like, “Sweta coming home.”

She further added: “I think she will fill the vacuum that Sweta left.”

Abhishek Bachchan and Aishwarya Rai tied the knot on April 20, 2007, in a lavish wedding ceremony.

Ayesha is an English graduate with an aesthetic eye. Her fascination lies in sports, fashion and beauty. Also, she does not shy away from controversial subjects. Her motto is: “no two days are the same, that is what makes life worth living.”
Actor Sushant Singh Rajput commits Suicide
Pakistani Actress Sabiha Khanum dies aged 84