Priyanka Chopra’s brother Siddharth was due to marry Ishittaa Kumar on the 30th April 2019. But the wedding has now been called off completely.

"They (Siddharth and Ishita) have mutually called it off."

Priyanka Chopra’s brother, Siddharth Chopra was meant to marry is fiance Ishittaa Kumar at the end of April 2019. But news has emerged that the wedding has in fact been called off.

After their grand roka ceremony in February 2019 in Delhi which was attended by Priyanka and Nick Jonas, it’s revealed that Ishittaa made the move to indicate the wedding was no longer taking place by taking to social media.

Ishitaa reportedly removed all pictures of their roka ceremony from her social media pages and she subsequently posted a new picture of herself on Instagram with the caption saying: “Cheers to new beginnings With a goodbye kiss to beautiful endings”.

Prior to this, the delay of the wedding was being attributed to Ishittaa having to undergo emergency surgery just days before the ceremony. A post of her in hospital on Instagram was quoted with her saying: “Recovering from surgery. Very painful but glad it’s over.”

However, it looks like the surgery was not the real reason for the wedding being postponed but the fact that the wedding was not going to take place at all, due to things not being well between the couple. 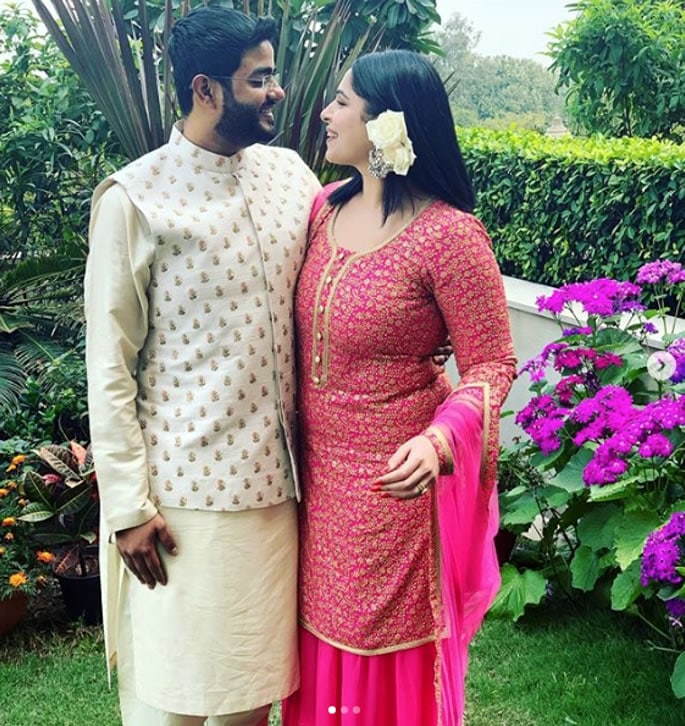 Priyanka’s mother has confirmed the news and said: “They (Siddharth and Ishita) have mutually called it off.”

Cheers to new beginnings? With a goodbye kiss to beautiful endings ?

Her father, Anirudh also wrote a supportive comment, saying: “We are with you; Feel the expanse of the universe and be the star you were born to be.”

Ishitaa’s friends threw a bridal shower in London for her in April 2019, photos of which were widely shared on social media. However, the news of the breakup has also had a response from her loyal friends.

They have also commented on her post now telling her to stay strong. Some were not complimentary of Siddarth. One comment said: “I think he was shit. You deserve better than him any day. You are strong and you will rise as you know how to live.”

Priyanka’s mother, on the other hand, has cited the reason why Siddharth called off the wedding saying:

“My son Siddharth said he was not ready for marriage yet. He explained he needed more time.”

One source has said that “this arranged marriage was being pushed a bit in haste”. Not elaborating why or who was being hasty.

In fact, four years ago, Siddharth Chopra was supposed to marry his long-term girlfriend, Kanika Mathur, and that wedding too was called off too almost at the last minute, for some reason.

So, while the reason for the breakup is not entirely clear, what is clear that both have unfollowed each other on social media, and neither Siddharth or Ishitaa have posted an official message regarding their wedding.

Nazhat is an ambitious 'Desi' woman with interests in news and lifestyle. As a writer with a determined journalistic flair, she firmly believes in the motto "an investment in knowledge pays the best interest," by Benjamin Franklin.
Sunny Leone sizzles in ‘Moha Mundiri’ Song with Mammootty
Salman Khan still Upset with Priyanka leaving ‘Bharat’?