A thug has received a prison sentence after he resisted arrest by stealing a police car and running over an officer in Birmingham.

"Gaz suffered awful injuries. He could have died."

Mubashar Hussain, aged 29, of no fixed address, was jailed for 12 years on October 15, 2019, after he stole a police car and ran over an officer.

He mowed down PC Gareth Phillips in an unmarked police BMW on August 10, 2019, in Birmingham.

The incident left the officer with multiple pelvic fractures and serious internal injuries.

PC Phillips had been responding to reports of a Range Rover which had been stolen from a car park in Tyseley.

It was tracked to Moseley where Hussain was found behind the wheel of the stolen vehicle with his accomplice Ahsan Ghafoor in the front passenger seat.

Alongside the two men was another Range Rover which had been stolen the previous day in Sparkbrook.

It was found that Hussain was banned from driving for four years in May 2018.

Police arrested Ghafoor, but Hussain resisted. Even though he was tasered, Hussain was able to get past the officers and got into a police car. 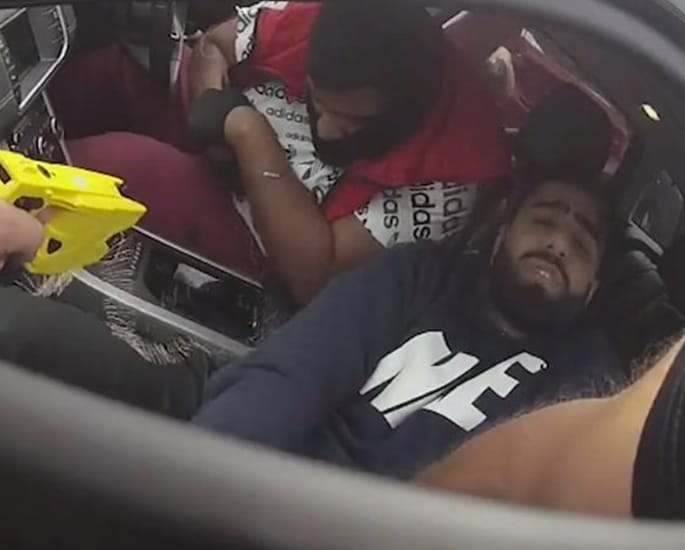 The car thief then accelerated away, running over PC Phillips’ chest with both sets of wheels.

Hussain reached speeds of up to 97mph in the Moseley area before abandoning the car in Balsall Heath. He was arrested after armed police confronted him.

PC Phillips underwent three rounds of emergency surgery including the “life-saving” first one. He spent four weeks in hospital.

West Midlands Police released footage of the events seconds prior to Hussain knocking over PC Phillips.

Watch the Dramatic Footage prior to Hussain stealing the Police Car

In an interview, Hussain apologised for his actions, saying it was “madness” and that he “panicked” when he was confronted.

On behalf of PC Phillips, a victim impact statement described how he blacked out at the time but he woke up to “pain I can’t describe, but pain I had never felt before”.

He went on to say: “I spent two weeks in intensive care and I’m told the first operation was ‘life-saving’.

“It’s too early to say what my long-term prognosis will be and I’m certainly facing more surgery in the weeks and months to come.

“It is unclear if I will ever be able to return to work – but being a Police Officer is a job that I love.

“It is something I have done for almost the two decades, and will do everything I can to get back into policing.” 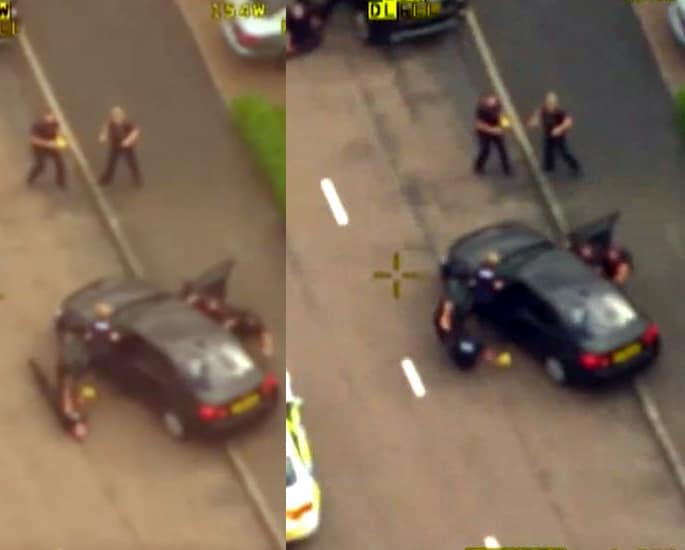 “What Gaz did that day was no different to any other in his 14 years as a traffic cop: he was on the hunt for car thieves and trying to protect the public.

“It’s a job he’s brilliant at – there are countless criminals who can testify to that – and I’ve heard people say many times how he lives for the job and is a copper through and through.

“What happened on the afternoon of 10 August was nothing short of horrific. Gaz suffered awful injuries. He could have died.

“However, the doctors and staff at Queen Elizabeth Hospital did a fantastic job, he’s come through several surgeries and thankfully responded well to treatment.

“In fact, he’s defied medical predictions with his recovery to date.

“But it will be a long road to recovery, there is no doubt about that, and everyone in West Midlands Police wishes him well in that recovery.”

Hussain has four previous convictions for dangerous driving. He has also been jailed for car theft and conspiring to steal vehicles.

“You are a habitual dangerous driver. The level of your offending is increasing and not diminishing.”

Ahsan Ghafoor, who threw a brick at a police car, received a 28-month jail sentence after pleading guilty to two counts of car theft, dangerous driving and driving without insurance or a licence.

Hussain was told that he is to serve at least two-thirds of his 12-year sentence. When he is released, he will spend an extended five-year period on licence.

Dhiren is a journalism graduate with a passion for gaming, watching films and sports. He also enjoys cooking from time to time. His motto is to “Live life one day at a time.”
Euro Garages Brothers could make £5b with Stock Flotation
Pakistani Man chops off Wife’s Nose for not Making Tea