Leicestershire police officer Majud Hussain has been jailed for sexually assaulting a young girl in the back of his car.

"This is, of course, a catastrophic fall from grace"

Majud Hussain, a police officer, aged 41, from Nottingham, has been jailed after he sexually assaulted a young girl, who was 17 years old, in the back of his car.

Hussain, a married father of four children, was sentenced to seven years in prison at Nottingham Crown Court for two sexual assaults and two charges of assault by penetration on a 17-year-old on July 25, 2018.

He carried out the perverse attacks on the young girl while he was off-duty and not in uniform. Hussain was an officer in Leicestershire Police and worked as a firearms officer and also in the in CID.

During the trial, the court heard how Hussain picked up the victim and another 14-year-old girl who was drunk, at traffic lights in the Long Eaton area of Nottingham, under the guise of being helpful and concerned for their welfare.

The 14-year-old girl who was intoxicated was being helped by the victim at the time and she did not know really know her.

Accepting Hussain’s offer of help, they both got into his car. He then took the girls to McDonald’s.

Hussain then drove the younger girl who was intoxicated home. He left the older one in his car and escorted the 14-year-old to her house.

Upon dropping her off he spoke to the girl’s mother and lied to her, saying his name was “Matt and he was a fireman”.

Once he got back into his car, he leaned towards the back seat and touched one of the 17-year-old girl’s thighs and her hand.

The victim’s mobile phone battery was nearly dead so she requested Hussain to take her home.

Hussain then “took her to a dark secluded spot”, near Stapleford in Nottingham. A place Hussain was aware of in advance.

He then said he would get her a phone charger if she was willing to give a sexual favour in return. However, despite her refusal, Hussain continued to carry out a sexual act on her in the backseat.

The court was then told, after sexually assaulting the girl, Hussain lectured the girl telling her she should not have ‘agreed’ to the sexual act if she did not wish to participate.

In a statement read by prosecutor Rebecca Herbert, the victim said that her traumatic ordeal “all happened because she went to help someone else in trouble and he took advantage” and that she “hates what he [Hussain] has done”. 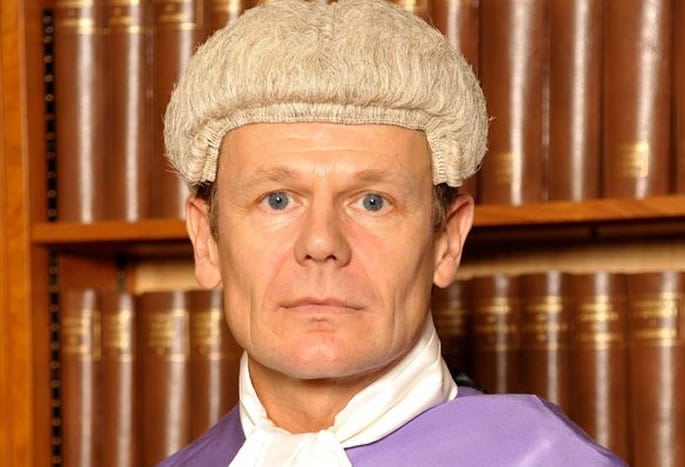 Reminding him how he “drilled her for information” and that because he was “just so overbearing that she just gave in”, the judge said:

“You have shown absolutely no remorse whatsoever.

“You are clearly a disgrace to the uniform of police officers and you are obviously unfit to be a police constable”.

“This is, of course, a catastrophic fall from grace”.

“The sentence given to Hussain is right because it’s right that someone who commits crimes like this receives a long custodial sentence.

“The fact that he was a police officer when he assaulted this girl, makes it all the more disturbing – he should have been a person to be trusted. The victim, in this case, has shown a huge amount of courage and I hope that she can find some solace in knowing that Hussain is behind bars.”

“Hussain has committed very serious criminal offences. Such behaviour has no place in our organisation.”

Hussain was also instructed by the judge to sign the sex offenders’ register for life. He will also be placed indefinitely on a sexual harm prevention order.

Nazhat is an ambitious 'Desi' woman with interests in news and lifestyle. As a writer with a determined journalistic flair, she firmly believes in the motto "an investment in knowledge pays the best interest," by Benjamin Franklin.
Ashraf Khan jailed for Fathering Three Children with his Daughter
Imran Khan set to become Pakistan’s Prime Minister