Ashraf Khan jailed for Fathering Three Children with his Daughter

Ashraf Khan has been jailed for committing incest with his own daughter and fathering three children with her in Bradford.

"Those who do this will be regarded as very serious offenders, but in this case, the harm is off the scale."

Ashraf Khan from Bradford, who is now 81, has been jailed for four-and-a-half years after committing three counts of incest with his own daughter.

He was sentenced on July 24, 2018, after his trial at Bradford Crown Court revealed that his dark secret was revealed in the early 1990s by his daughter who confessed what took place on her deathbed.

“Her deathbed confession, how dreadful that must have been. Unburdening her soul about this awful trauma she had carried with her.”

Khan was arrested by West Yorkshire Police in 2012 after the actual husband (his son-in-law) of his daughter reported the discovery after he had DNA tests done to confirm who the parents of the three children were.

The court heard that in the early 1980s, Khan’s daughter was born in the 1960s in Pakistan and was one of his six children.

In the early 1990s, she got married to her husband in Pakistan.

Subsequently, she moved to Bradford in the UK to be with her husband and father, Ashraf Khan.

In the years that followed, she then gave birth to three children before she passed away.

Prosecutor Abigail Langford described how the woman confessed the incest that took place with her father, saying:

“It was on her deathbed that she told her husband that the defendant was, in fact, the father of her three children.”

After the confession, the DNA tests conducted by her husband “confirmed what his wife had told him in her dying moments”.

Despite finding out that his father-in-law was the real father of the children, the husband did not report the matter to police immediately. Miss Langford said:

“He wished to continue to act as a father and care for the children he had brought up as his own.”

When Ashraf Khan was in Pakistan in 2012, the incest between him and his daughter was reported to police by her husband.

The court heard that Khan returned to the UK in 2016 and he was police interviewed by police in September 2016. During questioning, he “denied having any sexual relations with his daughter”.

However, the medical report related to the three children revealed various health conditions which connected them directly “to their incestual parentage”. Including not being able to feel pain after childhood injuries such as burns.

Which confirmed the children were not of normal parentage and highlighted the incest committed by Ashraf Khan.

Ahead of his proposed trial, Khan pleaded guilty to three counts of incest.

“He (Khan) comes to court today knowing that it must be an immediate custodial sentence. The sentence must be a punitive one, however much time has passed since the offences.” 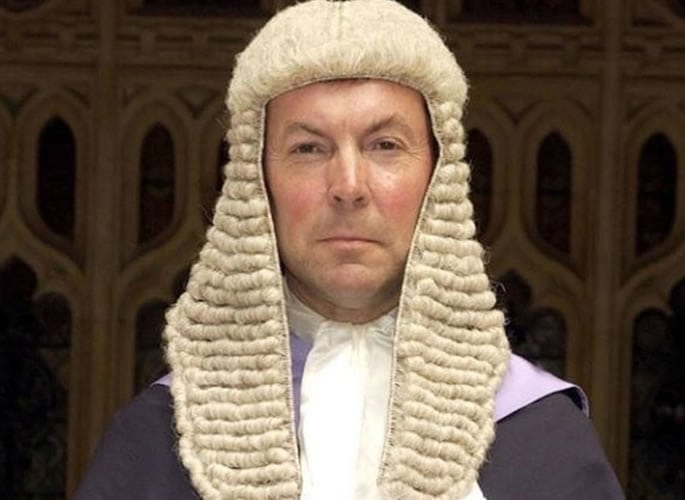 “You are a very dishonourable and wicked gentleman, we all now see.”

“When arrested, you denied matters. Only in the month before your trial did you admit your guilt when you were confronted with the facts and had nowhere to go.

“Those who do this will be regarded as very serious offenders, but in this case, the harm is off the scale.

“You are of good character, but that is a shallow comment because you have got away with this for years.”

The total prison term of 54 months was given to Khan after Judge Durham Hall decided that the 18-month sentences for each of the three counts would run consecutively, despite guidelines saying an offence of incest would usually mean a maximum sentence of two years.

One of the three children bravely spoke after the trial and said:

“We would like this case to bring awareness of incest being committed, and for other people who may have experienced something similar to come forward so that other offenders who have committed similar crimes can be tried through the courts.”

The joint impact statement from the three children described that they have experienced psychological damage and a dramatic effect on their mental health due to the revelation.

They also were very grateful for their mother’s “honourable” husband who nurtured their upbringing as if they were his children and his “fortitude and selflessness throughout the years”.

Aspects of the impact statement were also read to highlight the destruction Khan’s offending caused and their gratitude to the person they call ‘dad’, saying:

“No amount of words can explain what we have been through or what we are going through.

“You hear and read about men who commit incest never thinking it would happen in your own family, especially to your own mother.”

“The only one who was there for us was a man of no blood relation who brought us up as if we were his own children.

“The significant choice and sacrifice that he made we will never be able to thank him enough.

“We cannot begin to imagine what he has been through in terms of how it has affected him mentally, psychologically, and emotionally.

“It takes a special man to be a dad, as anyone can be a father. He is one of a kind and we will never be able to repay him for what he has done for us.

“Everything we are suffering and going through has all been a big rollercoaster and surreal.

“Her father was the one who was supposed to protect his daughter against anyone who caused her harm, but instead he committed these horrific acts without thinking about any of the consequences.

“He thought he had got away with the acts he had committed for many years, but the past has caught up with him.

“The man pleading guilty was life-changing for us. When he pleaded guilty, it confirmed what he had done to his daughter.

“He had portrayed a clean-cut image for many years, but secrets cannot be hidden and lies eventually catch up with you.

“The psychological and mental damage he has done is significant to so many lives, especially to our lives. There has been a lot of unanswered questions that have been answered now.

“It has been a long journey from discovering the horrific acts he committed to his daughter to reporting the matter to the police. With the help and support of the fantastic police force and the CPS, today, after many, many years since our mother passed away, we have finally got justice for our mum.”

The issue of incest is a problem within South Asian communities and need its awareness raised.

This case highlights the damage it can have on children who are the product of such destructive and unnatural relationships.

Amit enjoys creative challenges and uses writing as a tool for revelation. He has major interest in news, current affairs, trends and cinema. He likes the quote: "Nothing in fine print is ever good news."
Indian Woman killed by Mob on Suspicion of Child-Lifting
Police Officer jailed for Sexual Attacks on Young Girl in his Car