The Merchants of Bollywood

The Merchants of Bollywood is a spectacular musical coming from ‘Film City’ in Mumbai. The production combines the high energy of Indian dance seamlessly interwoven with super hit songs from Bollywood into a story of family values, dreams and conflict between a grandfather and grand-daughter. Carol Furtado the female lead from the show met up with DESIblitz to tell us more.

"Merchants of Bollywood has dazzle, shimmer and sparkle"

Award winning, director and writer Toby Gough directs an inspirational and moving Bollywood musical that bridges the Western and Indian Culture. The concept of this musical called ‘Merchants of Bollywood’ is based on the period when India was recovering from the Partition.

The Merchants of Bollywood features 50 on-stage Bollywood performers, 20 behind the scenes, 500 lavish costumes and 2,500 pieces of Indian jewellery. This is the first Indian musical that has come directly from the ‘Film City’ of Mumbai.

The glitzy show has had a record breaking response, where ever its been performed. “Their energy is electrifying, their movements suffused with a rush of joy and yet ruthlessly precise and the frenetic flow of onstage activity is almost non-stop…” says the UK tabloid, The Times, about the performance. 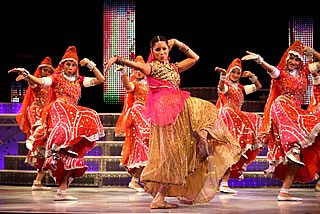 Carol Furtado a multi-talented, actress, dancer, model and designer plays Ayesha – the Princess of Romance in the show. Furtado has previously worked alongside many big names in Bollywood, including AR Rahman and Akshay Kumar.

“The theme of this musical is based on the current situation that India is facing; the conflict of the Westernisation of Indian culture,” says Carol Furtado, the leading star of the musical, who DESIblitz met up to give more insight into this amazing energetic production.

Putting the context of the production into place, Carol told us that people living in India are becoming more Westernised whereas Non-Residential Indians (NRI’s) are trying to hold onto their roots, and the musical expresses this in its unique way.

Watch highlights of the Merchants of Bollywood and listen to our exclusive interview with Carol Furtado: 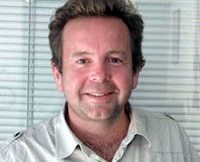 Gough projects his creative talent, crossing conventions, continents and cultures with his projects. Previously, he’s toured East and Central Africa with his African direction of Julius Ceasar. He also worked alongside major singer icons like Kylie Minogue, directing her Shakespearean role in ‘The Tempest.’

Producer, Mark Brady and Gough, combine their talent into creating this extravagant performance filled with immense passion of Bollywood, India, synergistic music and a spectacular focus on different forms of dance.

Gough’s inspiration arose from the authenticity and fascination of the culture of India. Gough and Brady were introduced to glamorous heroines dancing in Bollywood films. This notion initiated Gough’s journey to become acquainted with a top Bollywood choreographer Vaibhavi Merchant and top Bollywood composers Salim and Sulaiman Merchant. 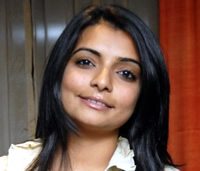 Vaibhavi Merchant is a top young and successful Bollywood choreographer who has previously won the American Choreographer award in 2001, for her work in ‘Lagaan: Once Upon a Time in India’ and also won the National Award for many songs in the film, Hum Dil De Chuke Sanam. Vaibhavi combines her extraordinary talent in kathak (a classical form of storytelling dance) and bharatanatyam (ancient Indian classical dance from South India) dance to choreograph the story of this musical’s performance.

Gough developed this conflict between grandfather and granddaughter into the Merchants of Bollywood. Where Shantilal Merchant is the characteristic version of Shri Harilal and Ayesha is the reflection of Vaibhavi in the production.

Vabhavi referring to the Bollywood zing and richness of the production says, “Bollywood is masala as they say, it’s spicy and it’s the spice of life”

Gough directs a true story based upon dynasties, families and dreams. The story portrays the values and importance of Ayesha wanting to become a professional celebrity dancer who is taught by a ‘family of choreographers’ and Furtado’s character struggles through family confrontations as she follows her heart to success. Furtado says,

“I relate to my character as Ayesha to a large extent as Ayesha is a feisty and modern, character who is not afraid to break the rules.” 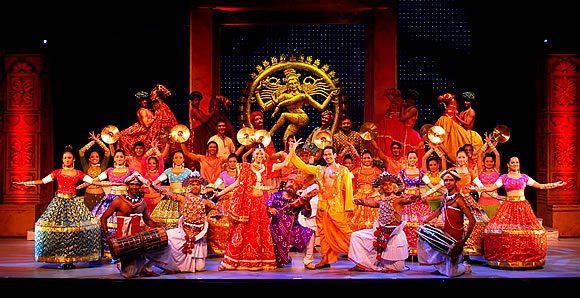 The music is a fundamental aspect of this high octane show and Salim and Sulaiman Merchant, two very talented Bollywood composing brothers were given the task of creating it. Their musical craze keeps them working upto 14 hours in the studio. They had their first break when they composed for the film Kaal, directed by Soham and produced by Karan Johar and Shahrukh Khan. The brothers have won several awards including an IIFA Award for Majhse Shaadi Karogi. The challenge for the duo was to re-create 100 years of Indian music into a span of 100 minutes for the show. 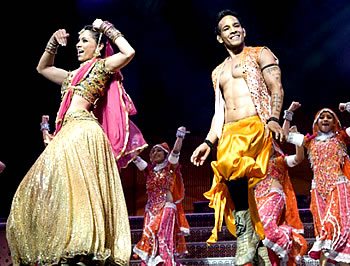 Deepak Rawat, plays ‘Uday’ who is Ayesha’s childhood sweetheart. Deepak has been with the show since its conception and is very well-known on stage for his incredible dancing, high energy and muscular six-pack. The story deeply involves the romance between Uday and Ayesha.

The comedic role of Tony Bakshi played by Satwinder Jaspal is ‘colourful’ and his humorous personality leaves people falling off their chairs. As Furtado says, “Bakshi’s character is so hilarious and so funny. He is great at what he does.” Jaspal takes on a match-making role to help two acquaintances get engaged – Uday and Ayesha. 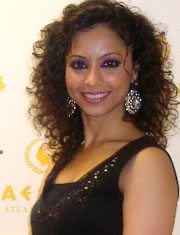 So how do the performers maintain their high energy for thousands of performances we asked Furtado. “It’s all about the passion of dancing that helps me survive through the thousand plus shows that I’ve done,” replied the star. She tells us that, it takes a lot of hard work to keep the performances 100% each time. “I don’t need an external inspiration, it comes from within,” she comments.

Reviewing the musical, the London Metro wrote that “Merchants of Bollywood has dazzle, shimmer and sparkle…it’s slick and sexy.”

The Merchants of Bollywood has been performed in more than 1,000 shows globally. The third tour of the production in London took place at the Peacock Theatre between May and July 2011, as they have been performing around the UK since 2006. UK cities such Manchester, Glasgow and Cardiff have all hosted this top notch show.

The UK, Australia, North America, Africa and UAE are all popular destinations for the Merchants of Bollywood tours. So, don’t miss the chance to see this extravagant performance in a city near you.

Smriti is a qualified Journalist with an optimistic take on life, enjoying sports and reading in her spare time. She has a passion for arts, culture, bollywood movies and dancing - where she uses her artistic flair. Her moto is "variety is spice of life."
Brett Lee Music Schools in India
Toronto’s T Dot Bhangra Contest