A glittering assembly of stars and starlets gathered for the Lux Golden Rose Awards 2018. DESIblitz looks at the 10 best dressed in attendance.

Newcomer, Janhvi Kapoor was a vision in a flowing white gown.

With an array of actors and actresses present, all the stars showcased varied and glamorous looks.

With starlets largely opting for long and form-fitting gowns, while the men chose tailored black suits.

Each celebrity put their own spin on their individual looks.

With some more experimental fashion choices, this carpet was full of innovation and inspiration!

DESIblitz, after carefully reviewing each look, has selected the 10 best-dressed individuals at the Lux Golden Rose Awards 2018. 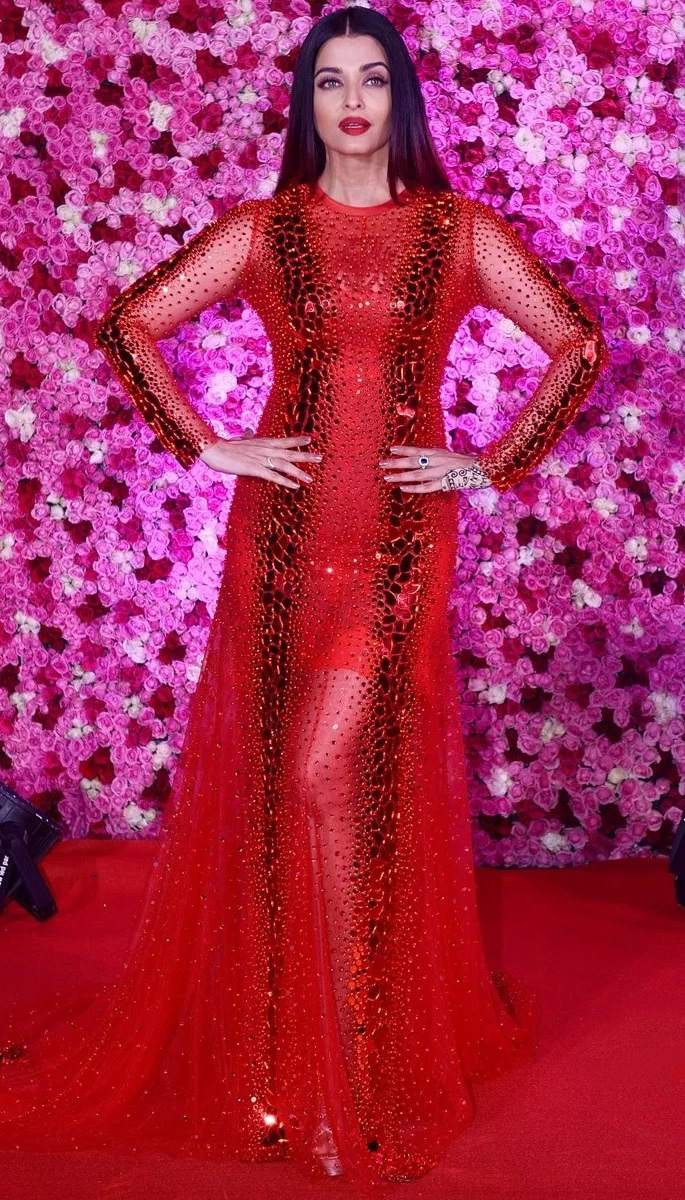 The now signature Aishwarya hair and makeup look – straight flowing hair with a middle parting, a bold lip and dark kohl-lined eyes was the look of choice for the actress.

Highlighting how beauty is truly timeless. Aishwarya made it to the best-dressed list as we love this dress, the optical illusion of transparent and opaque.

With the addition of heavy sequin work, all of which was tailored to fit Aishwarya like a second skin.

Flawless and fashion-forward, Aishwarya did not disappoint at the Lux Golden Rose Awards 2018. 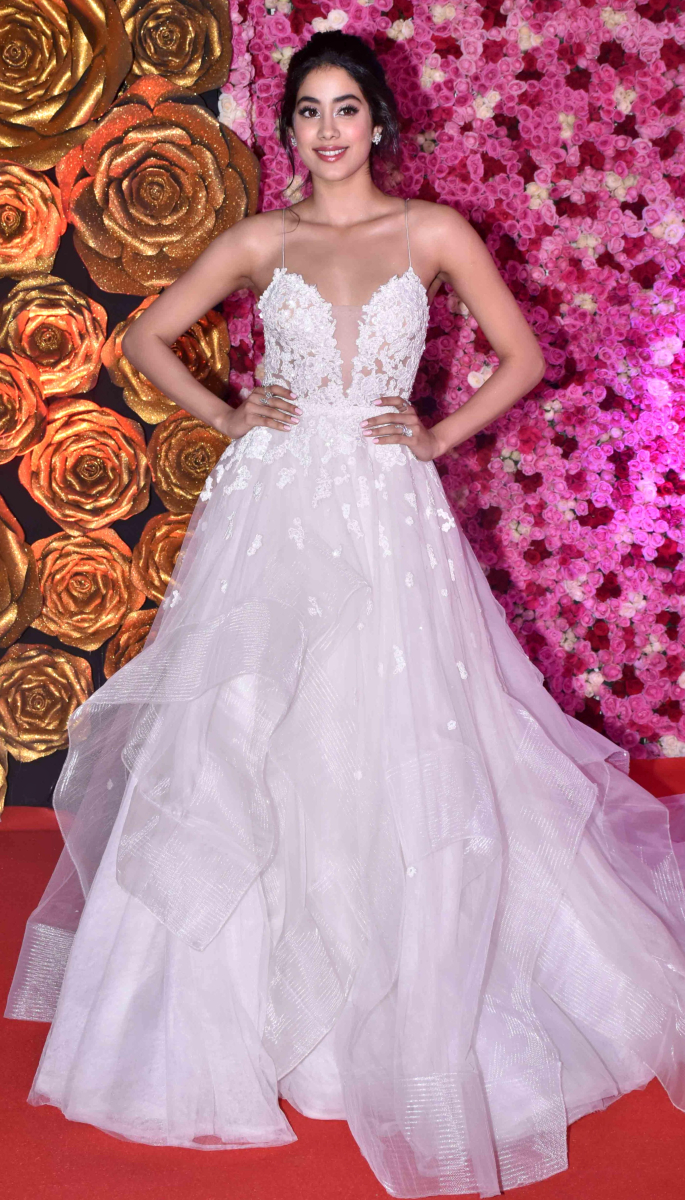 Newcomer, Janhvi Kapoor was a vision in a flowing white gown.

We love the mixture of mesh and applique on the bodice as well as the detailing on the skirt of the gown.

Janhvi’s makeup look was very clean, with a nude glossed lip, a slight highlight on the cheeks and black lined eyes for a little intensity.

The young actress let the dress be the focal point, she pulled loose curls back into a low up-do and limited her jewellery to two shimmering studs.

Janhvi has been noted as one to watch in the fashion world.

her close connection with Manish Malhotra means we can expect more ‘best dressed’ entries from the newest Kapoor on the block. 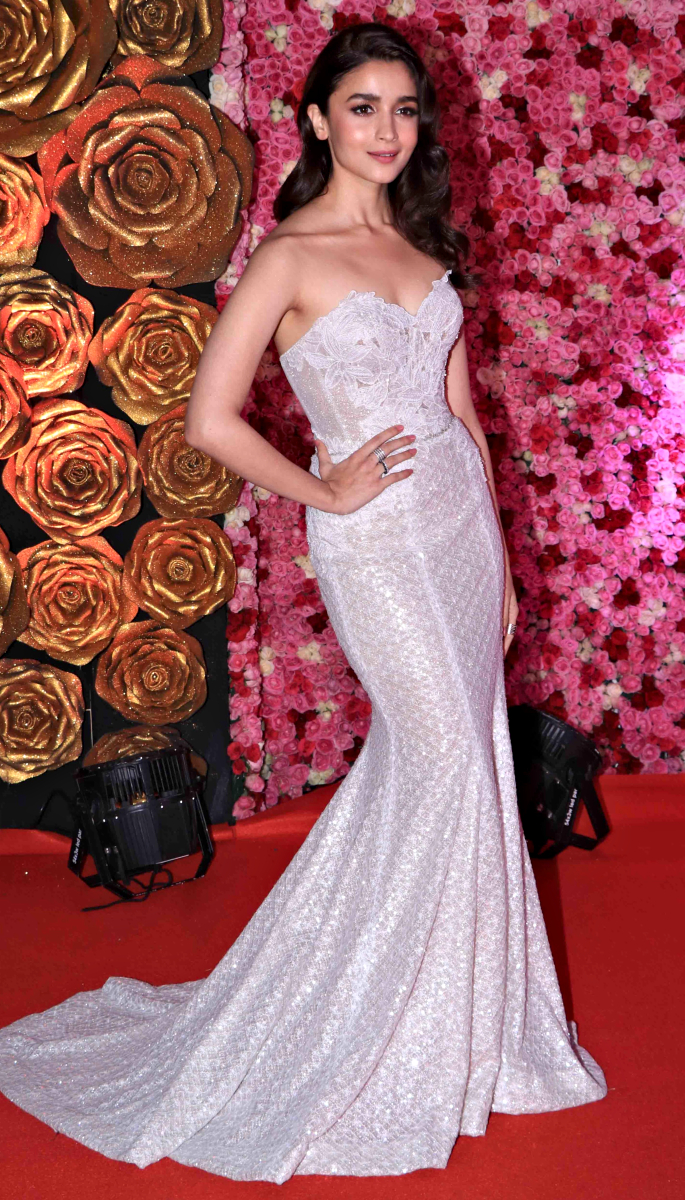 Alia also opted for a white gown, however, she selected a more snug fit, for her red carpet look at the Lux Golden Rose Awards 2018.

There was an air of ‘old Hollywood glamour’ to Alia’s look. From the vintage crimped side curl, to the fitted form of her strapless gown, Alia clearly took inspiration from the earlier Hollywood years.

We loved the lace bodice as well as the intricate detailing, with the silver threadwork. This added a sheen to her ensemble which otherwise would not have been achievable.

A classic silhouette paired with a very simple yet effective hair and makeup look, Alia was awe-inspiring. 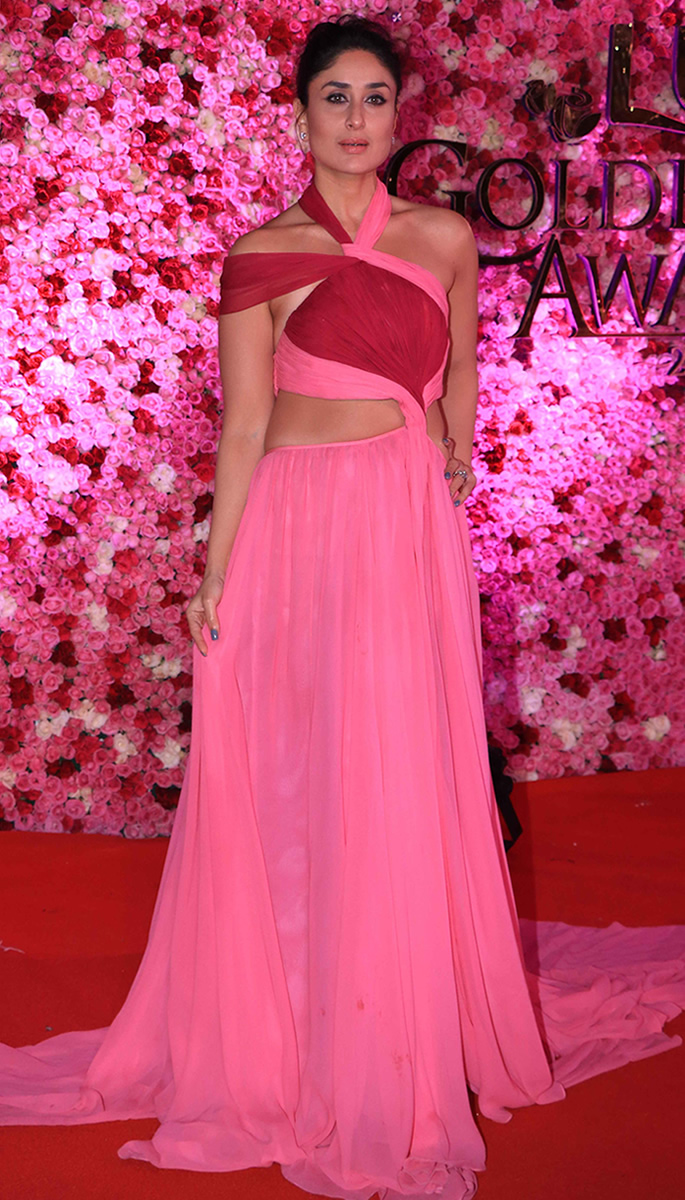 The Begum of Bollywood has done it again. Nobody quite wears pink like Kareena Kapoor Khan.

Last seen wearing this bold and bright colour while on ‘Koffee with Karan’ season 4, with cousin Ranbir. Bebo has held an affinity for this colour.

Perhaps an ode to the material girl herself – Marilyn Monroe, Kareena truly stole the show with this Grecian styled pink gown.

A blend of fuchsia and light pink, Kareena also highlighted her sinched in waist alongside her toned figure.

The halter-neck elongated her frame, while the cut-outs drew attention to her most flattering assets.

With such a busy ensemble Kareena kept it simple and sleek by tying her hair back into a simple up-do.

She also kept accessories and makeup minimal. A light pink lip with a natural looking blush to the face.

Kareena embodied the ‘pretty in pink’ feeling at the Lux Golden Rose Awards 2018. 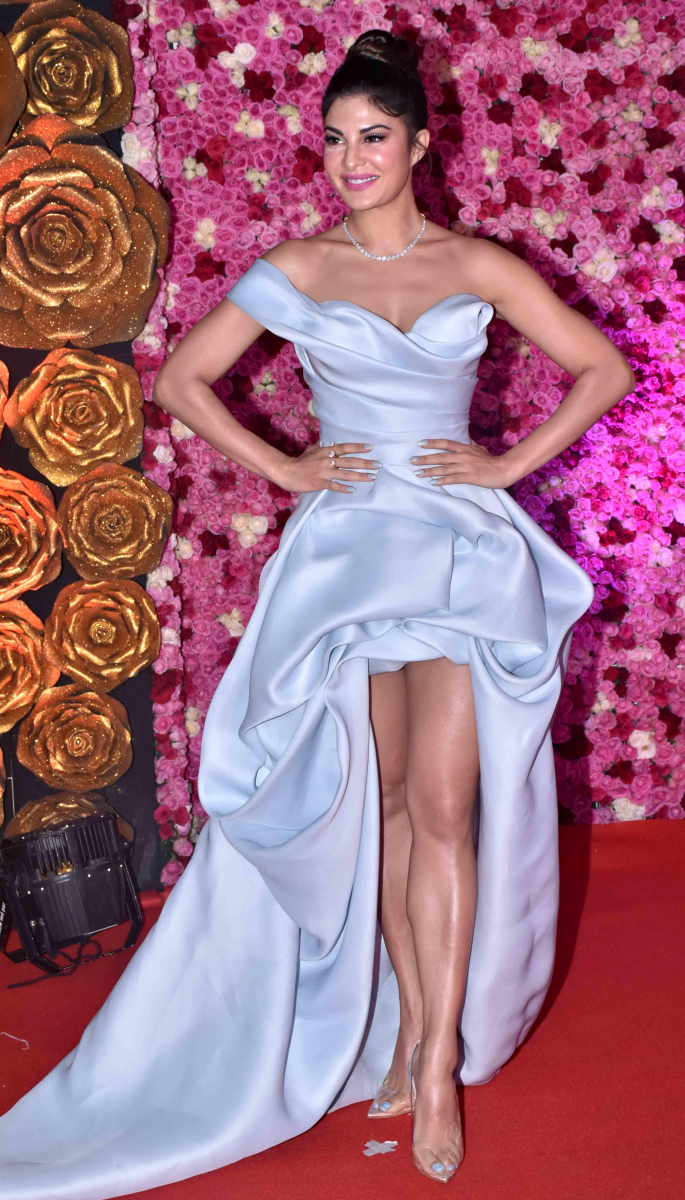 Tailored to perfection, Jacqueline was a breath of fresh air on the Lux Golden Rose Awards 2018 carpet, in this baby blue dress.

Jacqueline pushed the boundaries with this daring cut and style of dress. We admire the actress for reviving the ‘mullet style dress’.

It is ruched and short in the front but long and flowing in the back.

The clear shoe is also a very in-trend that Jacqueline picked up on.

Unlike other starlets, Jacqueline opted for a high bun with her focal accessory being a necklace.

An edgier entry on the best-dressed list, Jacqueline highlights you don’t always have to play by the rules, fashion is there to have fun with. 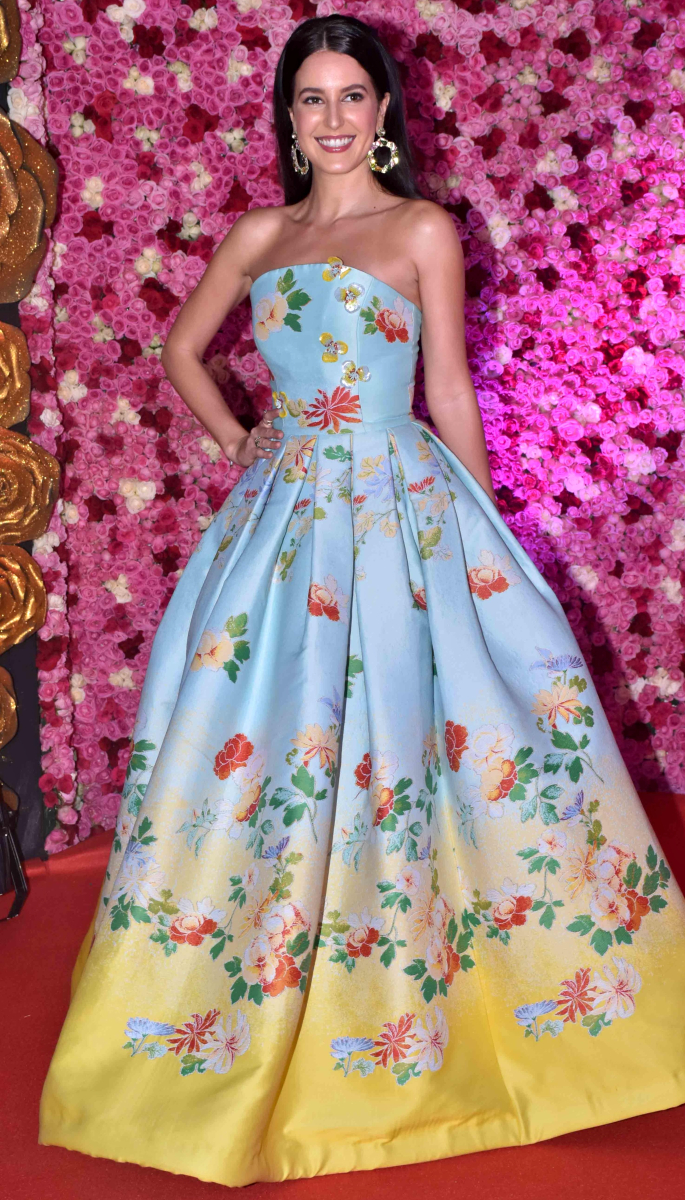 The floral detailing on the dress gave it a very elegant and feminine touch. The hand-painted skirt is exceptionally crafted while the applique flowers on the bodice created just enough sparkle for the Lux Golden Rose Awards 2018.

Isabelle who is more commonly known as Isa, styled this gown with a pair of statement earrings and a sleek middle-parted open hairstyle. 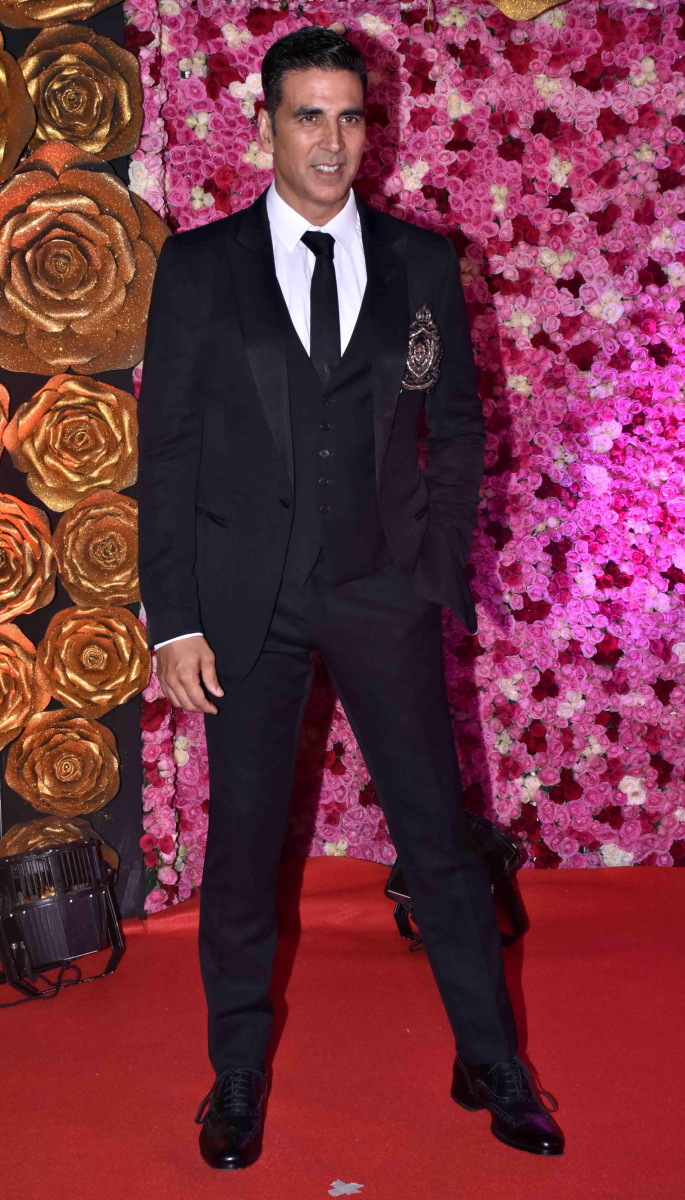 He added his own twist to this piece, by having a gold crest embroidered into the breast pocket of his coat.

Akshay highlights that the key secret behind good menswear is to have excellent tailoring.

The better the fit the smarter the suit. 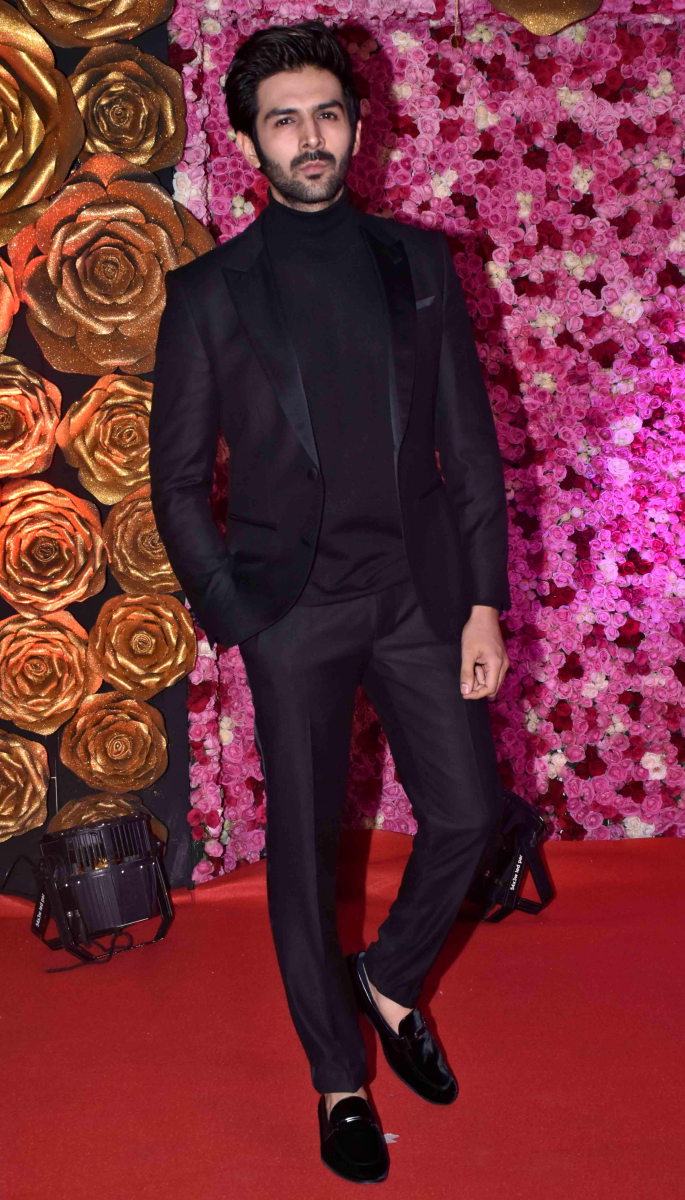 Kartik Aaryan is known for his role in the film, ‘Sonu Ke Titu Ki Sweety’ (2018). This young actor approached the carpet in a slightly more dressed down look.

Taking a dressy casual approach, Kartik opted for a black polo-neck pullover, with a sharply tailored black jacket. The lapels of which had a slight sheen to them, to add a slight sense of occasion.

Paired with a skinny trouser also in black with black loafers as his footwear, Kartik opted for a very intense bold look in this all black menswear. 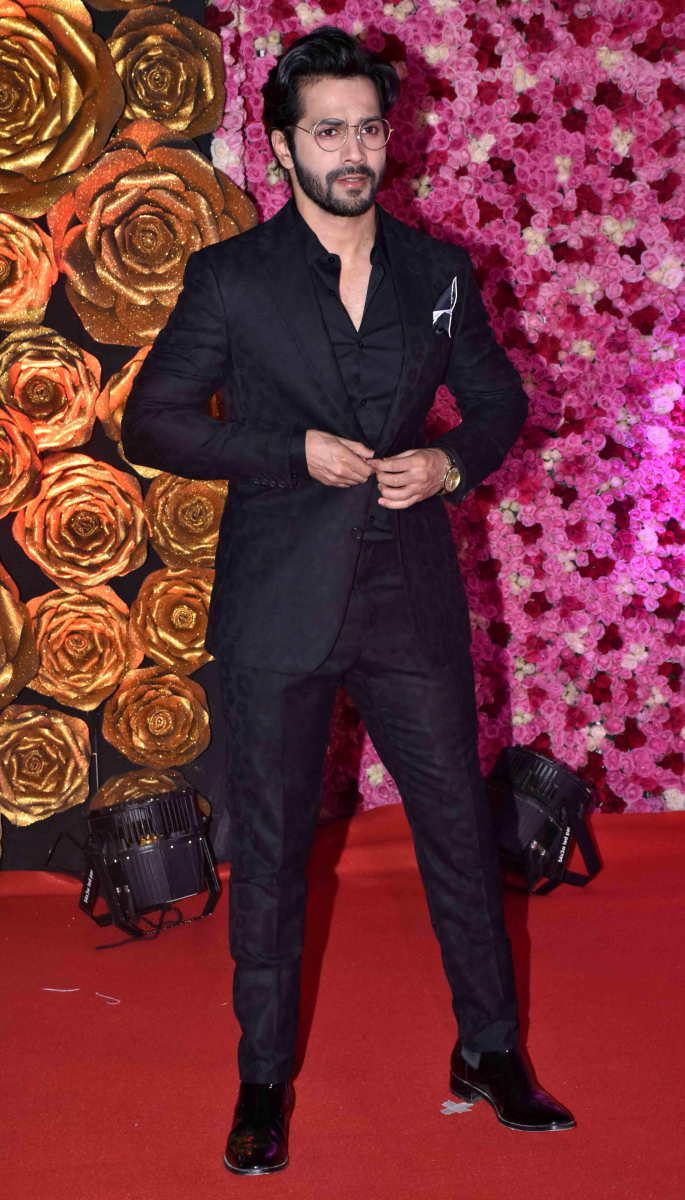 Varun went for a more playful look on the carpet, playing to his youthful side.

The patterned black trouser of the suit creates a visually interesting texture which catches the eye.

The actor picked a simple black shirt and opted to have a few buttons open to evoke a more relaxed look, to not look too coiffed.

We loved his use of the thin gold round glasses, bringing the focus to the actor’s face.

Varun highlights how men can accessorise and experiment with their fashion sense also. 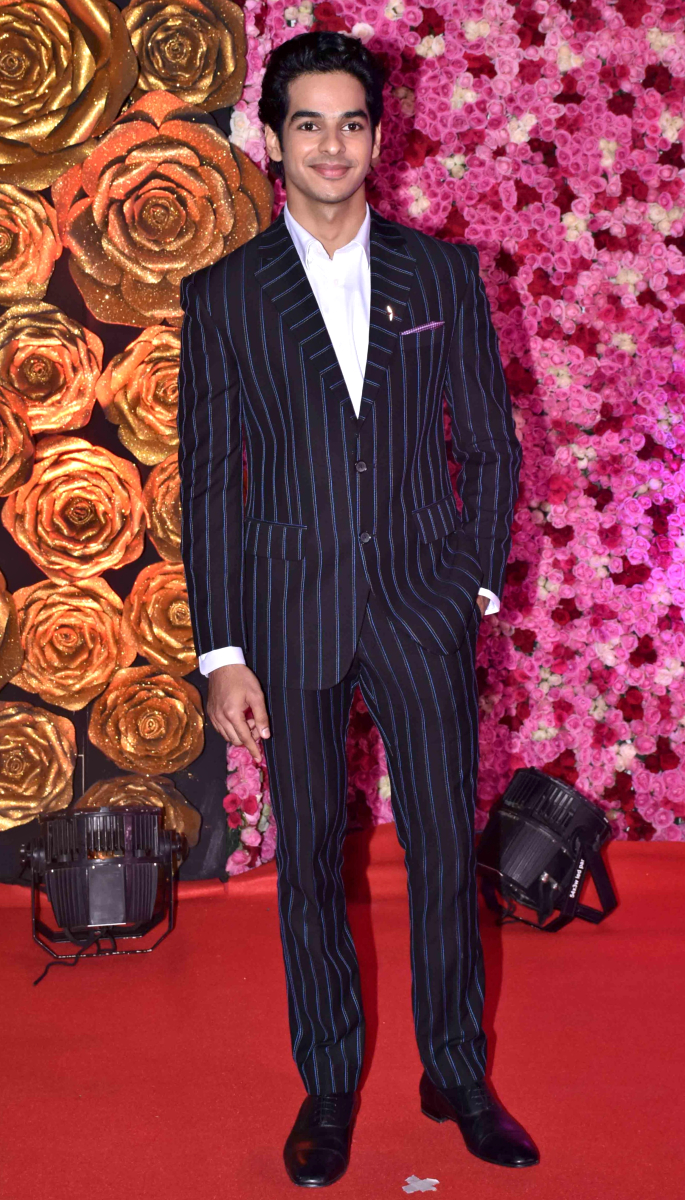 Ishaan Khattar was the only actor to break the pure black suit style. Khattar was adventurous with his pin-stripe style.

The electric blue against the black created a very appealing contrast which went well with his crisp white shirt.

Again, unlike his fellow actors, Ishaan opted for a more out of the box look which gave the young actor a more refined look on the Lux Golden Rose Awards 2018 carpet.

We also liked the added touch of the gold pin on Ishaan’s lapel and his indigo pocket square.

A very poised look for the young actor. 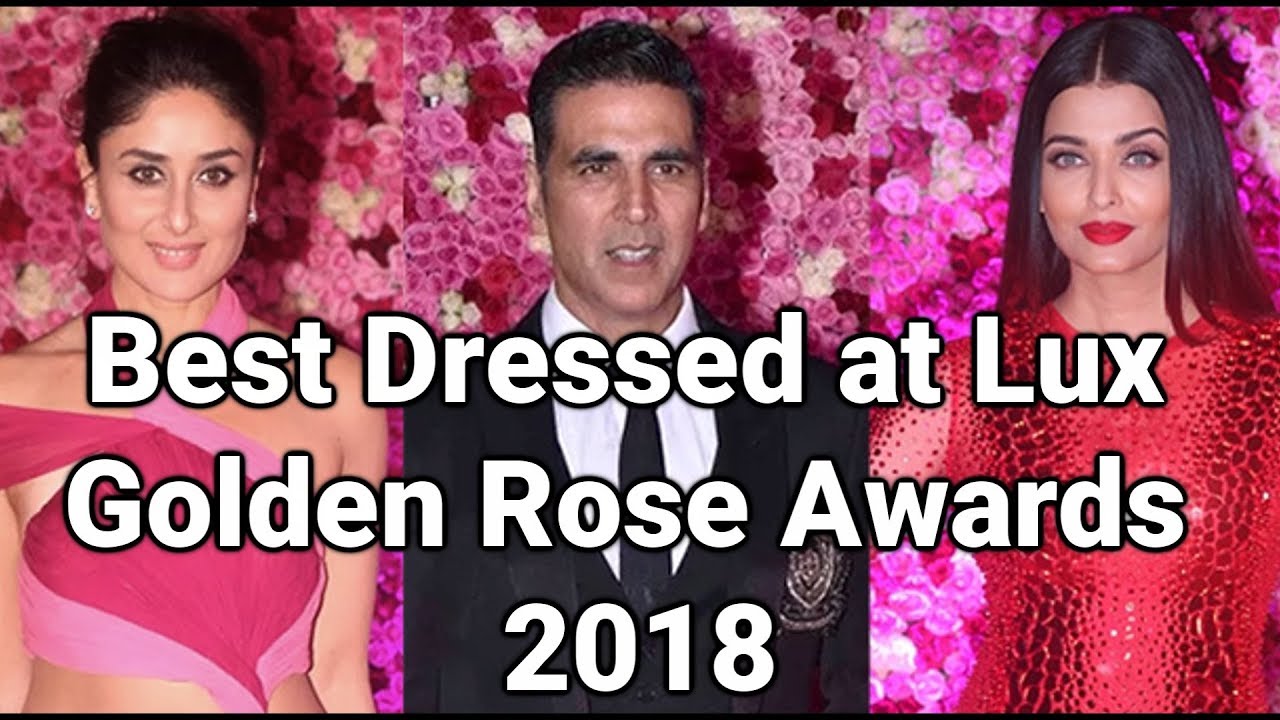 This glamorous event was its third year in running. Bollywood showed up to the event and did not disappoint with their style choices.

We send our congrats to all the winners as well as a special applause for all those who made it to our best-dressed list.