Shipu Ahmed from Luton was traced using DNA evidence and jailed after 10 years for two historic rapes of women. One of them a 15-year-old girl.

Shipu Ahmed, aged 35, a taxi driver from Luton has been jailed for 22 years after being found guilty of two counts of rape which he committed in 2007.

The hearing at Luton Crown Court on Friday, June 8, 2018, concluded the case with his imprisonment after he was found guilty on Friday, May 4, 2018, in a trial which lasted two weeks.

Ahmed’s DNA evidence is what linked him to the two historic rapes which had been unsolved since 2007.

Bedfordshire, Cambridgeshire and Hertfordshire Major Crime Unit started Operation Painter in 2016, to review unsolved past cases of rapes and sexual offences which took place between 1974 and 1999.

It was the work done during Operation Painter by detectives which led Ahmed’s DNA profile being traced to help solve the cases of rapes he committed.

On Friday, November 30, 2007, a 15-year-old girl was walking along a street late at night after an argument with friends on a night out in the Eaton Bray area of Dunstable, Bedfordshire.

Shipu Ahmed pulled up in his taxi and offered the young girl a lift.

“She asked him to take her back to her friends in Edlesborough, but he headed off in the direction of Totternhoe. He said he was going to turn round, but didn’t.”

Ahmed then instead of taking her to her destination, took her to a secluded picnic spot in Totternhoe Knolls, which is part of the Local Nature Reserve in rural Bedfordshire. Where he raped the underage girl and then took her back to Eaton Bray.

The court heard that when Ahmed stopped his car with the victim inside, he was wearing gloves and before he raped the girl, she “struggled and tried to push him away”.

The rape by Ahmed of the young girl was reported to the police. A forensic examination at the scene of the crime was carried out, where detectives found a condom which had some DNA.

The DNA instigated a further investigation into the case.

Then on Saturday, December 15, 2007, Ahmed attacked his next victim, a 22-year-old woman who was very drunk after leaving a Dunstable nightclub.

As the drunk woman and a man got into Ahmed’s taxi, the man got diverted to get his car keys. At this point, Ahmed quickly drove off with her in the car and “took advantage of the situation”.

Ahmed speeded his car and took the second victim to an area of Luton, where he then went onto rape her in the back of his taxi.

Ahmed claimed that the woman would pay her fare with a sexual favour and that she was sober and knew what was happening.

The victim reported the horrific ordeal to the police and went through a medical examination. DNA samples were taken. 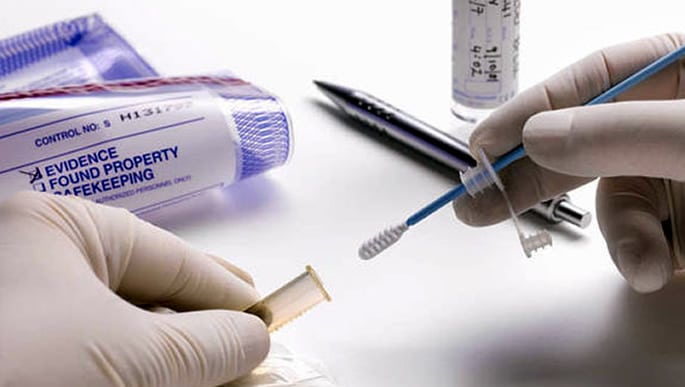 Police went onto investigating the rapes using several lines of enquiry but could not identify the rapist.

However, Ahmed was arrested in September 2017 for an assault. As part of this investigation, his DNA was taken by officers.

When the DNA database was searched, the evidence collected from the rape crimes matched Ahmed’s DNA from the assault case. This immediately linked him to the sexual offences.

Further investigations were carried out to ensure they had the right person. In October 2017, police arrested and charged Shipu Ahmed with two counts of rape.

The ordeal of the rape inflicted by Shipu Ahmed on the victims left a huge impact on their lives. One of the victims said in her statement:

“I cannot put fully into words what this has done to me. There have been parts of my life, especially since the police told me that they had found him, that have been filled with nothing but anger, suffering, bitterness and stress and just sheer mental and physical pain – all caused by the actions of one man, one night, raping me.

“The effects of what he did that night has been so far-reaching, silently torturing my mind over the last 10 years, no matter how hard I tried to forget, it was always there I am so relieved that it is over.”

The second victim was very surprised to hear from the police about her case after 10 years. She said in her statement:

“I never expected that the police would look at my case again. I was worried, it was just so out of the blue. I had tried my best to deal with what had happened to me and move on. I never really expected that I would have to go through all this again.

“When I found out that an arrest had been made, I was happy that the police had found him. It made me feel like the police had believed me and that was important to me.”

“This is the second successful conviction and substantial sentence under Operation Painter thanks to advancements in DNA and forensic science allowing us to review cases dating back decades.

“This further proves the importance of this work in revisiting past cases in order to bring evil predators to justice and deliver a form of closure for their victims.”

“We are satisfied that Shipu Ahmed has received such a substantial sentence as these attacks have had a huge impact on both the victims and their families since 2007 and its remarkable they finally have justice.

“Both women were incredibly brave in coming forward to report the attacks and we would like to commend their courage as they had to endure the ordeal of giving evidence and reliving it all again so many years later.

“We take all reports of rape, sexual assault and sexual violence extremely seriously, no matter how long ago they may have happened.

“We encourage anyone who has been the victim of rape or sexual abuse, no matter when it took place, to come forward and report their experience, get support and more importantly know they are not alone.”

“For 10 years both of these victims have had to live with the fact they had been raped by a taxi driver who had not been caught.”

Ahmed has also been registered as a sex offender for life.

DNA evidence image for illustration only