Sunglasses are a popular accessory among celebrities and come in many styles. We look at 10 sunglasses worn by Bollywood stars.

"I think I have around 30 pairs, though I keep losing pairs on and off."

A good pair of sunglasses has the potential to elevate one’s entire look from normal to phenomenal.

Bollywood celebrities and a pair of shades have been synonymous with each other for a long time.

As a symbol of stature, style and popularity, celebrities ensure they always have a pair.

They are a crucial part of every fashionista’s wardrobe and with the industry evolving rapidly, there is a huge choice in designs.

Bollywood celebrities have a huge following from their fans so anything they’re seen wearing instantly trends.

This includes notably, their sunglasses, and many have been pictured donning a range of styles.

We look at 10 Bollywood celebrities who have been pictured wearing their favourite styles of sunglasses. 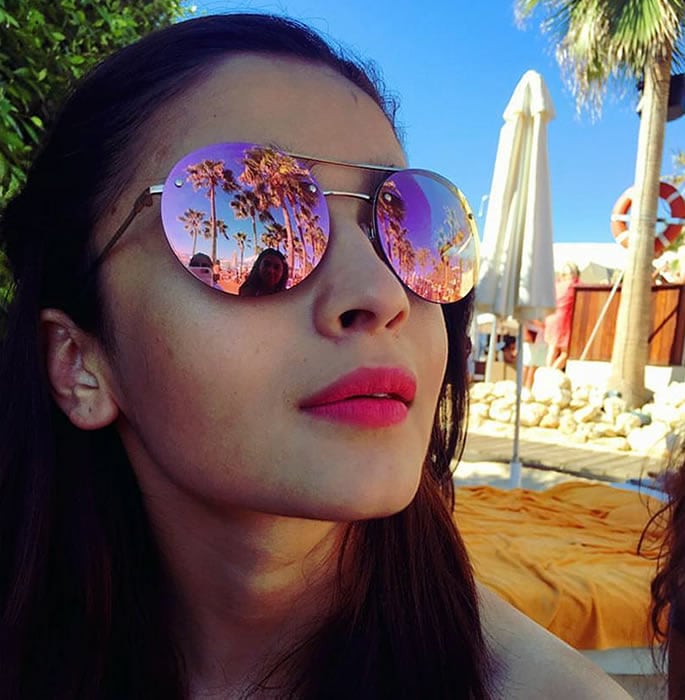 The Student of the Year actress is one to be spotted out in public with a pair of sunglasses.

She is particularly fond of the reflective style.

They have been around for a long time and even though they have had a long history, Alia is a Bollywood star who makes sure that they will remain a trend.

Alia has sported all different colours of reflective sunglasses.

From the normal silver reflective aviators to the stand out bright green oversized glasses.

No matter the colour or style, Alia Bhatt manages to make them look good.

A notable style she was spotted wearing was a pair of round pink-tinted sunglasses while on holiday.

The retro style combined with the bright pink makes for a good combination.

Her stand out eyewear is one the fans would want to get their hands on especially if they are the final piece of a perfect outfit. 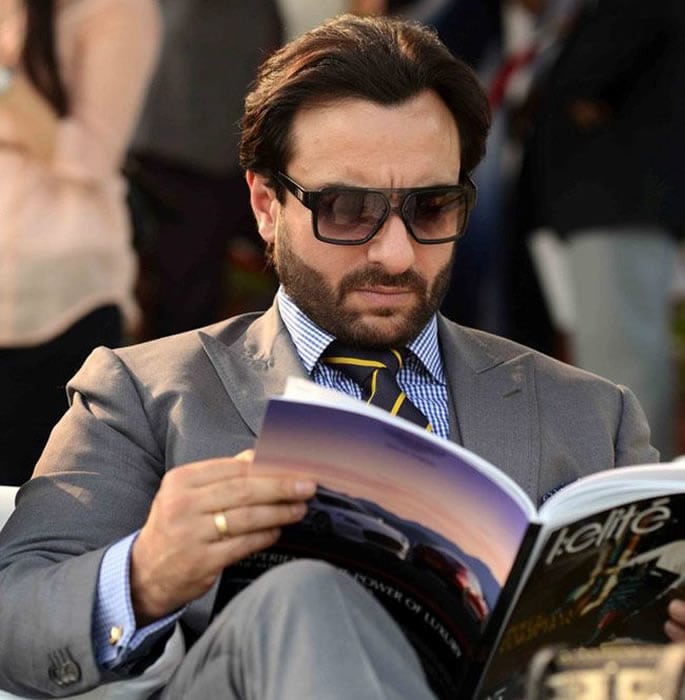 Bollywood actor Saif Ali Khan is rarely seen without a pair of sunglasses.

He is always wearing a pair when he is out.

From aviators to wayfarer, it does not matter on the style of sunglasses. Saif can pull off any type of style.

It is his favourite accessory. Speaking to vision plus, Saif said:

“Sunglasses are probably my favourite accessory.”

“I think I have around 30 pairs, though I keep losing pairs on and off.”

Not only does Saif wear them to award shows, he is often sporting a pair in many of his films.

In Race, he wears a pair of silver-framed aviators throughout the film. 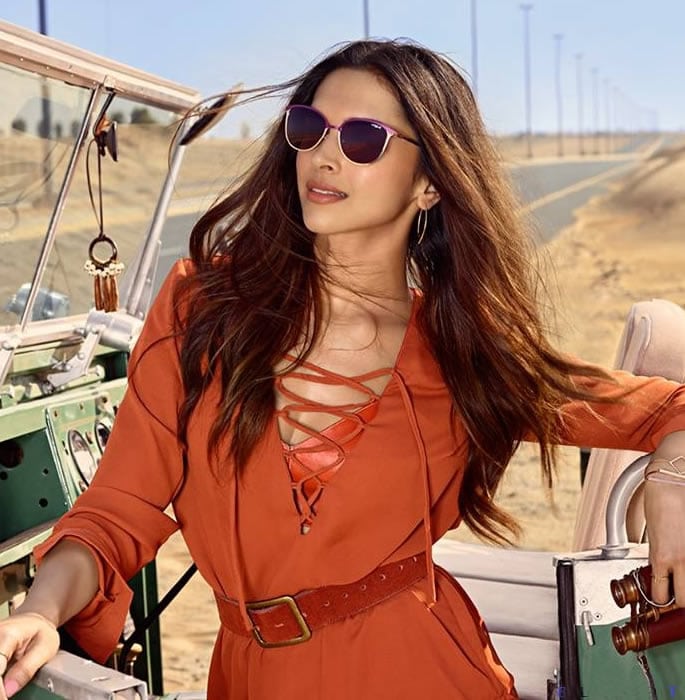 Deepika Padukone is one Bollywood star who has a huge love for sunglasses.

Whilst you see her in Cateye, Retro Square and even Aviator designs, the Om Shanti Om actress seems to have a love for the browline frames.

This specific style of eyewear is one which may not suit others, but Deepika aces it.

Whenever she is out with a pair, she manages to enhance her whole outfit.

Her love for sunglasses was evident as she was named brand ambassador for Vogue Eyewear in 2013.

Coming in a range of styles, they are perfect for women who have a passion for fashion.

Deepika’s appearances with a pair of shades have opened new opportunities for her, further increasing her status as a top Bollywood star. 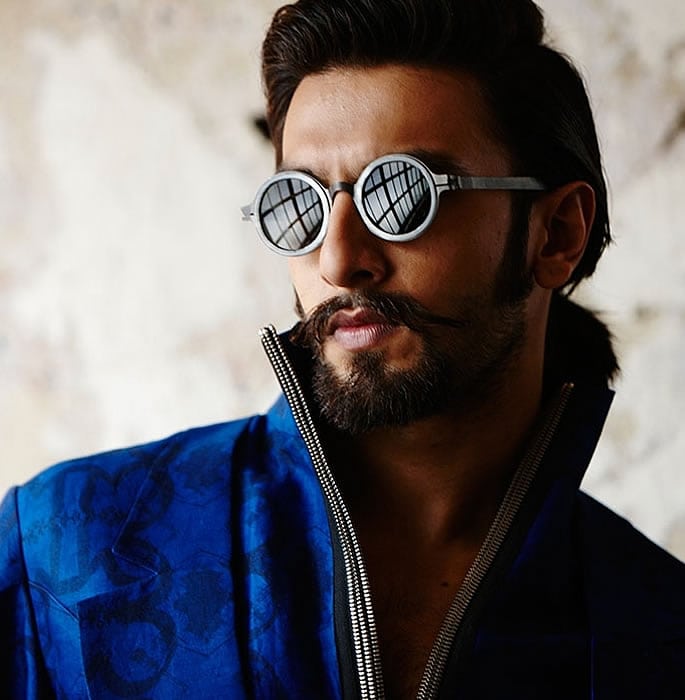 He is one of Bollywood’s most popular stars and yes, we often seem him in stylish sunglasses.

Whatever type he wears to accessorise with his flamboyant outfits, he instantly sets a trend.

The actor owns a countless number sunglasses, so much so that even he doesn’t know how many he owns.

“I collect all kinds of sunglasses, from flea markets to fake plastic ones.”

“I’m a big collector. I have all shapes and sizes, so they come and go.”

“I can’t say how many pairs exactly, but the count is definitely in triple figures.”

Their style is similar to Ranveer’s fashion sense, bold and unique. 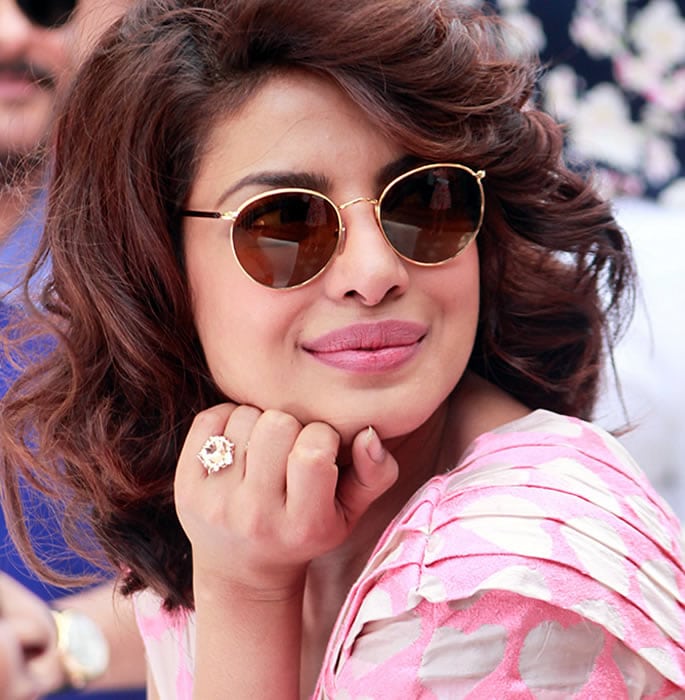 The Bollywood actress is a big fan of dark sunglasses.

Like Ranveer, Priyanka Chopra collects sunglasses whatever the style.

This can be seen on her Instagram page where it is full of pictures of the actress sporting a different pair each time.

For example, one picture features Priyanka with a pair of round John Lennon style sunglasses.

Although they are a basic looking style, hers have a gold rim frame which keeps them modern and stylish.

Her style of sunglasses change depending on the outfit she is wearing that day.

It doesn’t matter if they are oversized or cat-eye styles, they all suit Priyanka’s face.

During her appearance at the Quantico Play Fest in 2016, the actress wore a pair of white cat eye frames to the event. 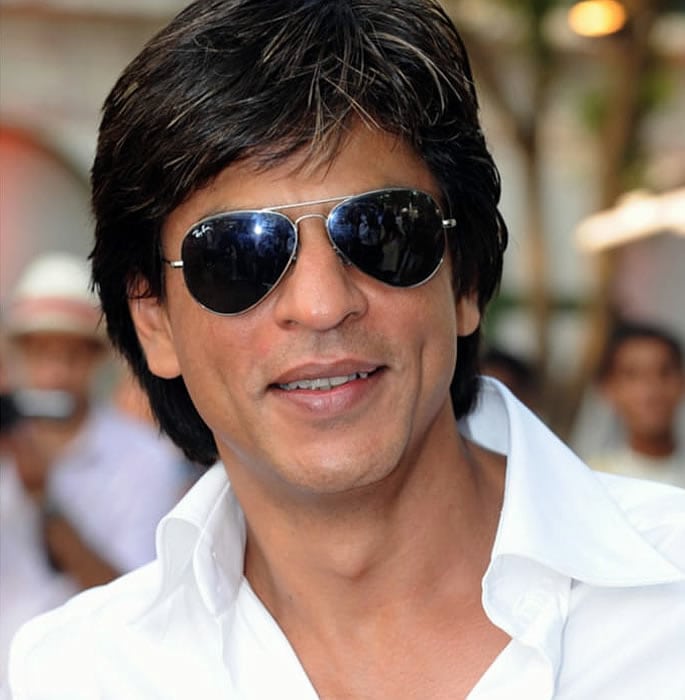 One of Bollywood’s biggest stars is no stranger to being seen in public with a pair of top sunglasses.

In many public appearances and movies, he wears different variations of the classic aviators.

It is a classic style of sunglasses which suit the actor perfectly.

Being able to pull off the look keeps the style trending.

They have managed to become all the rage among millennials, thanks to Shahrukh.

His aviator sunglasses are usually an accessory for his many media appearances whether he is dressed formally or takes a more casual approach. 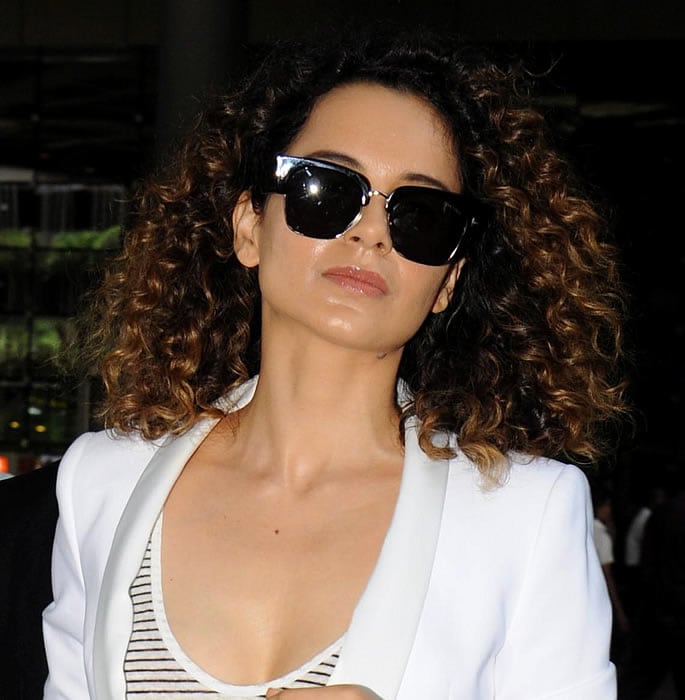 The style of sunglasses that Kangana wears is all the rage.

She tends to wear styles which are considered unique and anyone would be brave to wear them.

When Kangana steps out with a bold style of sunglasses, they suit her easily and elevate her whole outfit.

The actress has a fondness for big, oversized shades which she wears no matter the occasion.

One of her boldest styles came at a road safety campaign launch in 2016.

Kangana stood out from the crowd when she attended the event wearing a pair of oversized square sunglasses which contrasted her white outfit.

This daring look establishes her as a fashion icon in Bollywood. 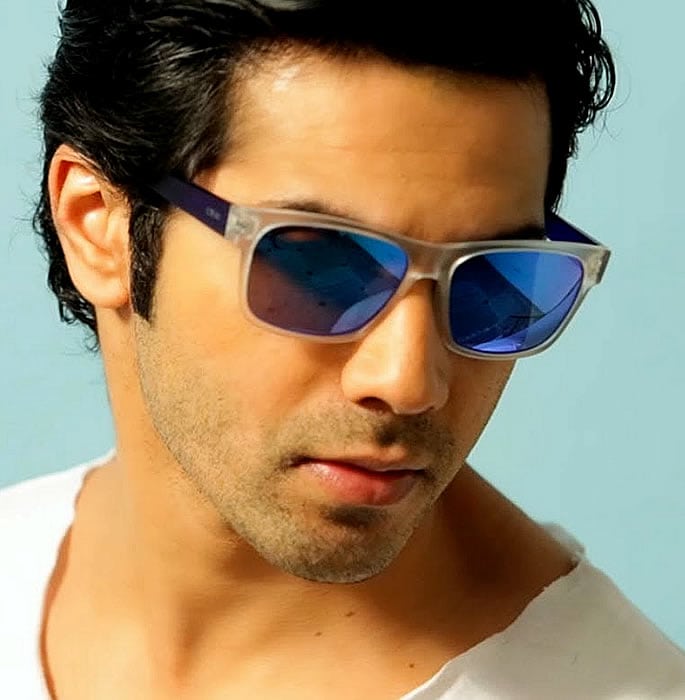 The rising Bollywood star is a big fan of accompanying eyewear with his outfits.

He is particularly fond of wayfarer style sunglasses which are very trendy these days.

Varun’s love for a good pair of shades has enabled him to become a brand ambassador for IDEE Eyewear.

The rising brand is focused on style and quality. Alia Bhatt and Siddharth Malhotra have also appeared in promotional campaigns for the brand.

They aim at producing trendy eyewear for younger generations.

The brand is ideal for Varun because as a rising star he has the opportunity to wear new looks from their collections. 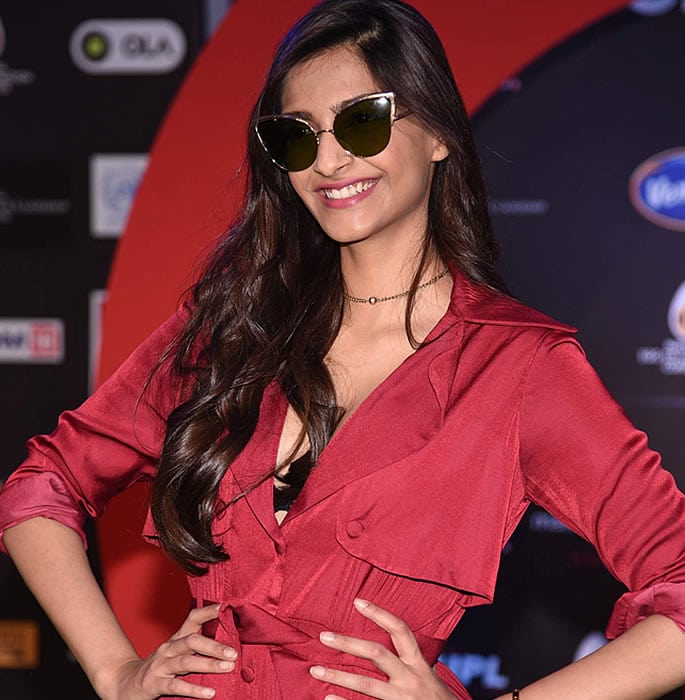 The Neerja Bhanot actress knows how to match the right pair of sunglasses to her outfit.

She is just as stylish when it comes to formal wear as well as casual ensembles.

Sonam likes to go for the sunglasses which will get people talking.

She wears ones which is sure to become a fashion trend due to her massive following.

A prime example is when she wore a pair of distinct Cat Eye sunglasses with a golden rim.

They were a very bold choice but the right one as they suited her perfectly.

Sonam does like to wear different styles too including Round, Keyhole Bridge and Retro Square styles too. 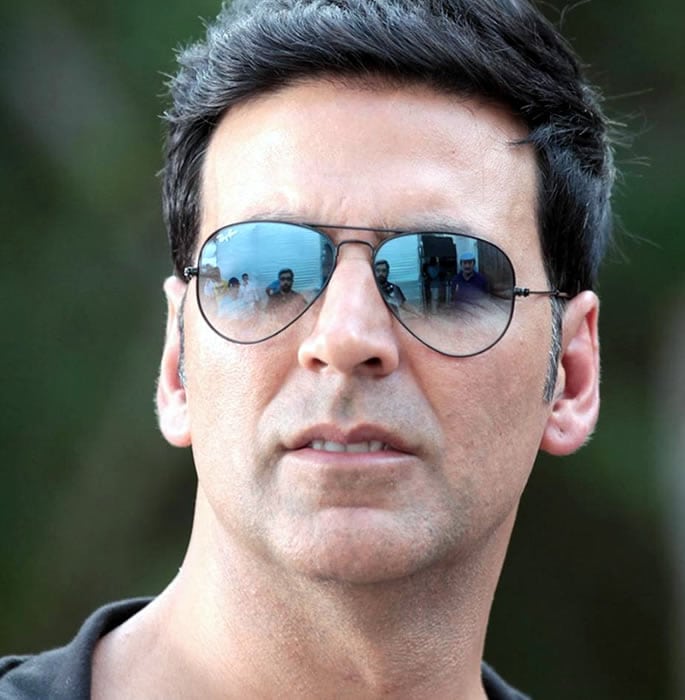 The Bollywood superstar is no stranger to being seen with a pair of sunglasses on his face.

His prefered style is the classic aviators, usually mirrored or gradual tinted ones.

Ray-Ban aviators are his brand of choice. This style of aviator sunglasses blends nicely with the face but yet provide a distinct focal point.

The versatility of the sunglasses style makes them go with almost any outfit.

Akshay has also been seen wearing his favoured aviators in many of his films, such as Rowdy Rathore.

It is a style which makes him one of Bollywood’s most stylish actors.

Bollywood actors and their sunglasses are synonymous.

Many different styles of eyewear are available and would suit the 10 Bollywood celebrities.

They sometimes will experiment with different styles or they will stick to one which they know works.

Either way, sunglasses are and always have been an accessory which is tremendously popular among Bollywood celebrities.