The Most Expensive Trainers in Ranbir Kapoor’s Collection

Ranbir Kapoor is the proud owner of one of the most enviable collections of trainers (sneakers) in Bollywood and is always spotted rocking a different pair.

They are not just the standard ones which can be bought from any shop, his collection is some of the most exquisite and expensive trainers money can buy.

Many are sought after and are sold in limited quantities, which makes them rare as well.

This does not stop Ranbir getting them.

In an interview with GQ India, he said that his most expensive pairs come from a reseller rather than from a store.

A reseller is someone who buys the shoes as soon as they are out, then resells them for a higher price.

It makes many of his sneakers extremely expensive, but worth having. 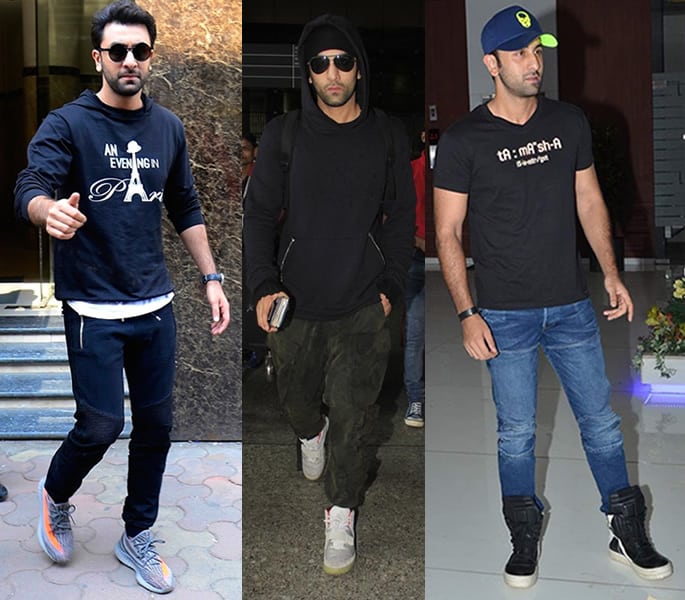 So, let’s take a peek at some of the most expensive trainers in Ranbir’s collection. 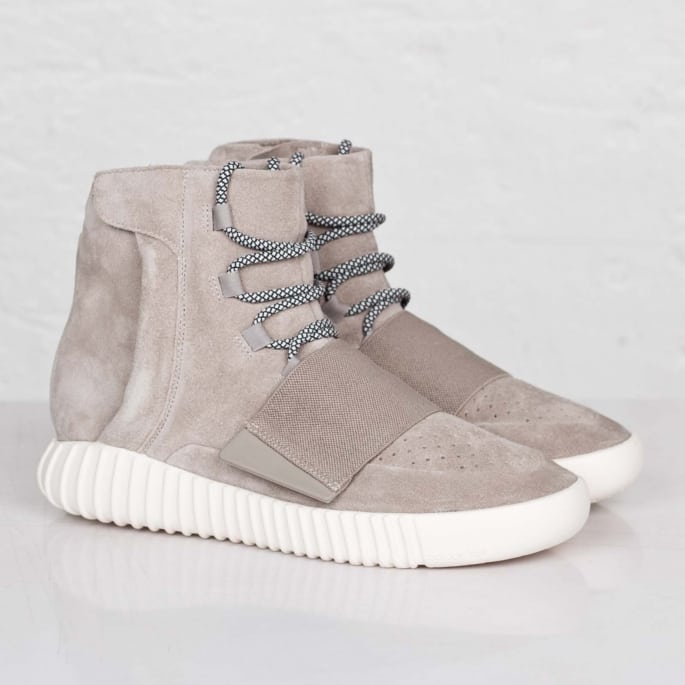 This shoe is the creation of American rapper Kanye West who has collaborated with Adidas to create the Yeezy 750.

The 750 are the high-top model of the brand which is highly sought after.

Yeezys feature a rubber outsole which is translucent, making them unique compared to other sneaker brands.

It is a shoe which has an upper made of premium suede with some hints of leather.

The Yeezy 750s also have a distinctive foot strap which is adjustable and is now synonymous with other 750s.

The unique style and the fact that it was designed by Kanye West, make it a shoe which had to be part of Ranbir’s collection.

Although expensive, they are an exclusive set of trainers which are part of Ranbir’s collection. 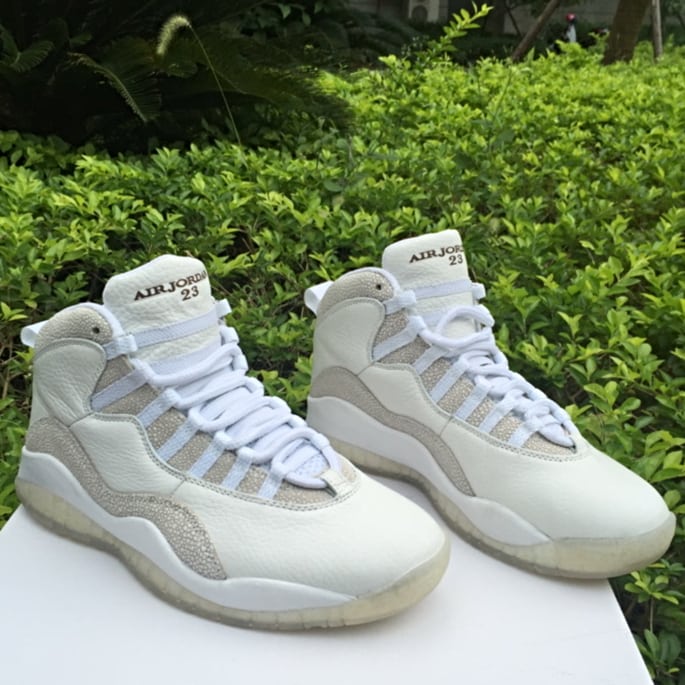 Air Jordans are a classic shoe which must be part of every sneakerhead’s collection, however, this particular model goes one step further.

They are called OVO because they are a model which has collaborated with Canadian rapper Drake.

As well as the iconic Jordan logo, they have the OVO branding on the sole.

They are extremely limited as they had a quick release in Los Angeles in April 2015 at an OVO pop-up.

They also have a speckled translucent outsole making them a favourite of Ranbir.

This classic brand has a modern twist which is why it is one of the more notable pairs of trainers that Ranbir owns. 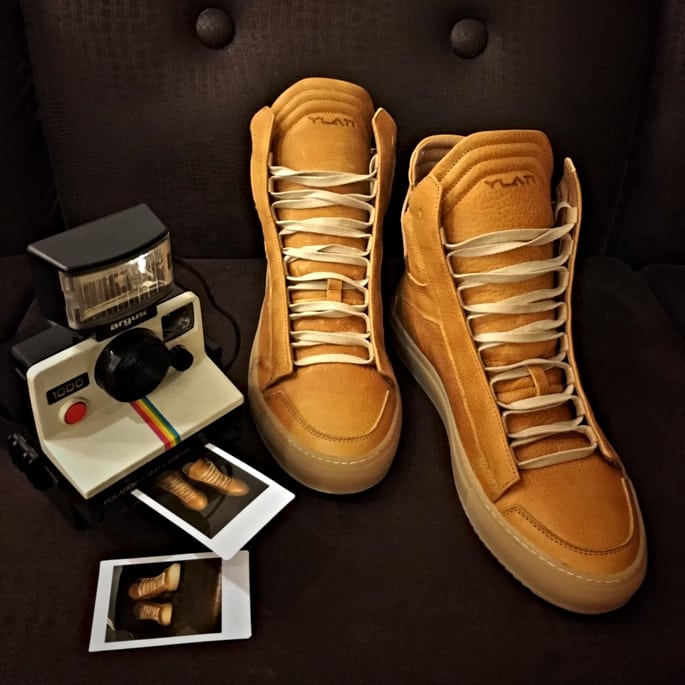 The Italian brand is a favourite of Ranbir, having been spotted in several variations of Ylati shoes.

He tends to be spotted with high top versions of the luxury brand.

They are made of premium Italian leather calfskin which gives it a contemporary urban touch for a sophisticated look.

The shoe has been designed to be completely cemented ensuring that the original shape is kept for a good look.

Although the brand may not be as well known as some of the other sneaker brands, the high-quality materials used, make them quite expensive.

They sell for £194 (Rs. 18,560). They are readily available meaning that they are easier to purchase which keeps the value at retail.

Ylati Amalfi High is a brand which is popular with Ranbir and could become popular with his fans in the future. 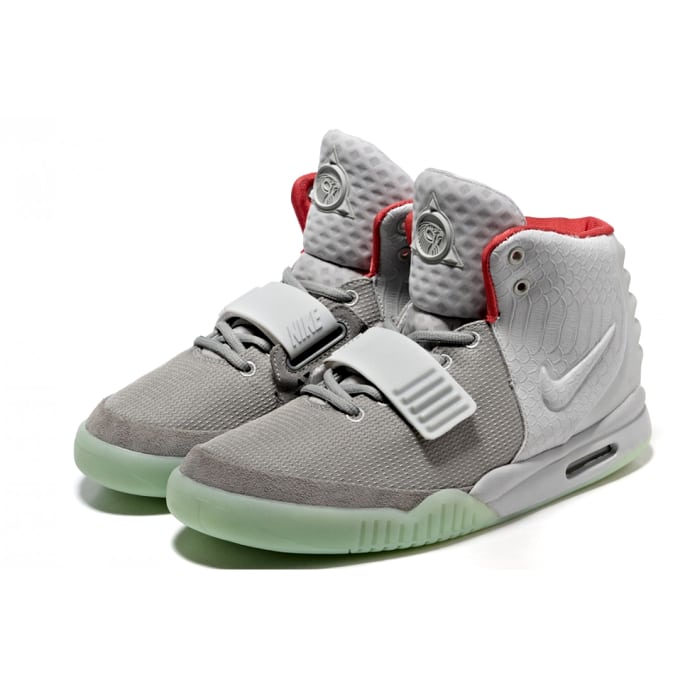 Ranbir owns another pair of trainers under the Yeezy banner, this time from Nike.

Before Kanye West collaborated with Adidas to create the successful Yeezys, he worked with Nike.

The Nike Air Yeezy 2 released in 2012 in incredibly small numbers.

This particular design blends various shades of grey on the upper with a contrasting pop of bright red on the collar lining.

The unique design allows it to be a mix of fashion and sport.

It has a rubber heel which also glows in the dark to elevate its uniqueness.

They may be an exclusive shoe for Ranbir but they came at a cost.

Because of Kanye West’s short partnership with Nike, the Air Yeezy 2 is very rare and therefore expensive.

This means Ranbir Kapoor is one of just a handful of people in the world who own a pair of Nike Air Yeezys. 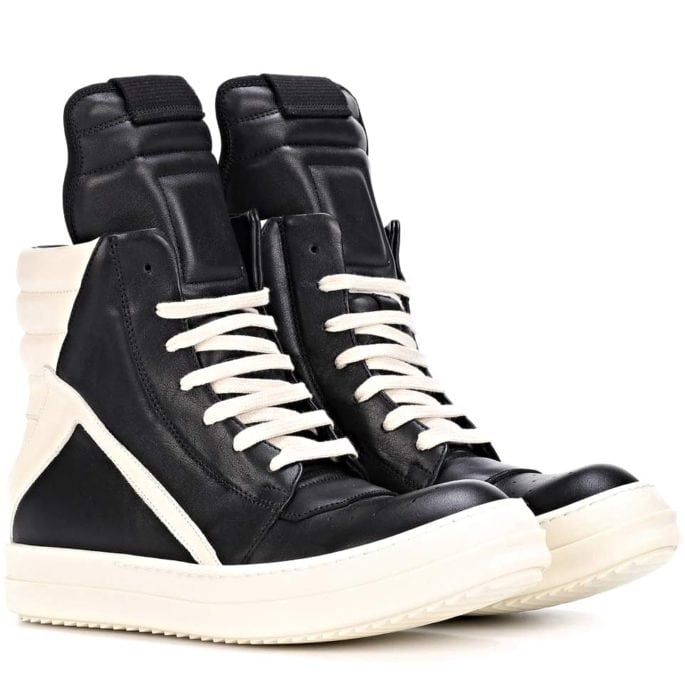 One of the more edgy designs in Ranbir’s collection.

They come in smooth black leather and are styled with a tonal extended tongue, a style featured in most of the designs.

It also has a shark-tooth style rubber sole, making them that bit more different to other brands.

Geobasket sneakers, in general, have become more expensive because of their brief lifespan.

When they were first launched, they had similarities to Nike’s Air Jordans.

In response, Nike responded with a cease and desist order, which saw all Geobasket sneakers taken off the market.

Some sneakerheads, like Ranbir, managed to snatch up a pair.

Ranbir’s Geobasket high-tops are just one of a few thousand left in the world. 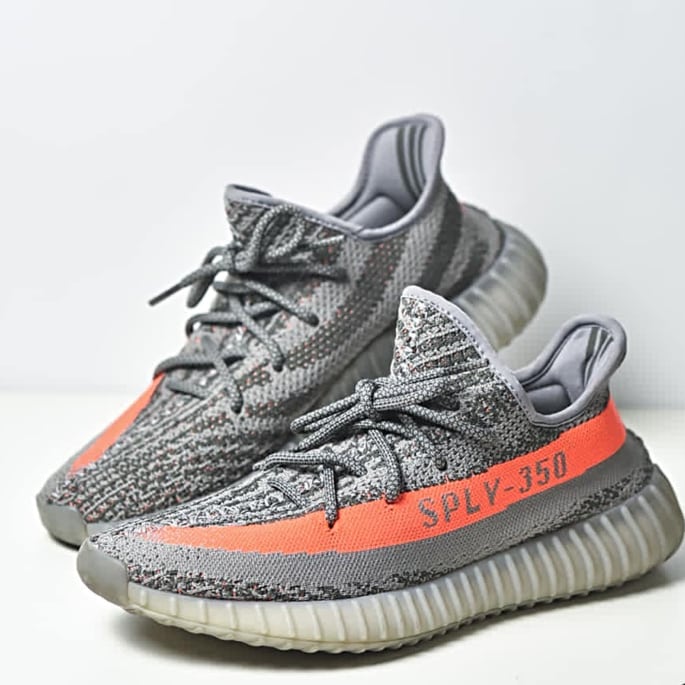 Ranbir is a big fan of trainers designed by Kanye West and the Yeezy Boost Beluga’s are another example.

The 350s are a more popular variant from the Yeezy collection.

This particular design is one which stands out from the crowd.

It moves away from the conventional styles due to it’s patterned grey upper.

The Yeezys still features a soft and flexible knitted-style upper, but the gradient effect showcases a cool mix of grey and orange.

The signature ‘SPLY-350’ branding is on a backdrop of an orange stripe, something which is radically different to previous designs.

It sets it apart from the rest.

The trainers are finished with a translucent grey outsole and have the Adidas Boost technology ensuring comfort.

Ranbir managed to bag a pair, but most likely from a reseller which did not come cheap. 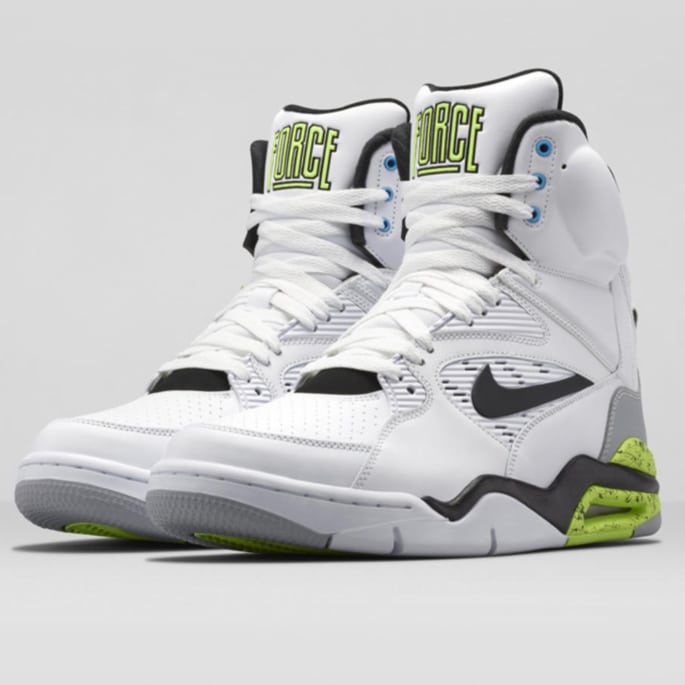 Another one of Ranbir’s more unorthodox looking trainers, these commanding pair of Nike sneakers will make anyone stand out, let alone the Bollywood actor.

They are a pair which has the same design aspects as the well-known Air Max but is enhanced in these high-tops.

This specific pair features a white leather upper finished with neon yellow on the back heel around the original pump technology.

The strongly built pair is one must-have for anyone who has a passion for unique trainers.

They currently sell for £140 (Rs. 13,400) making them one of the cheaper shoe designs in Ranbir’s wardrobe.

This is a pair which can easily be just as suitable for sports as it is for fashion.

Ranbir is definitely one of Bollywood’s biggest sneakerheads.

He has an extensive collection, some of which are unique and will rarely be seen in stores.

The expensive taste that he has in trainers is fascinating to see, especially as they come in all sorts of designs.

Collaborations with artists have made trainers more sought after yet expensive, however, you can guarantee that future releases will find it’s way into Ranbir’s wardrobe.