Pakistani truck artist Haider Ali is now transferring the designs usually seen on trucks in the country onto trainers.

"The ideas keep coming to me."

Haider Ali is known for being a truck artist and now, he is painting his colourful designs onto trainers.

Pakistan’s lorries are a cultural and colourful phenomenon across the country, with paintings depicting animals, celebrities and deities.

Haider Ali is a veteran truck artist but he is now using trainers as his latest canvas.

Revealing how creating custom trainers came to be, Haider said:

“A client came to me from the US asking me to paint shoes.

“I told him an exorbitant fee to discourage him but he agreed, so I decided to get on with it.” 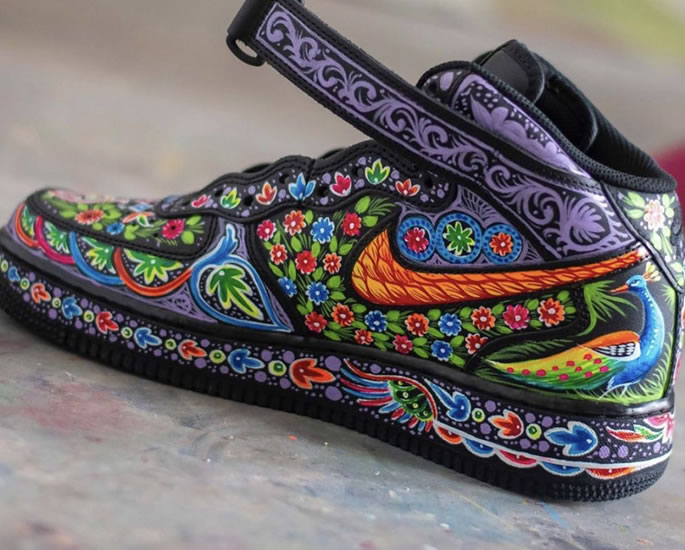 He works on each pair for up to four days, charging select clients $400 for a set featuring bespoke patterns and motifs.

Since then, he has dispatched eight pairs to places in Pakistan and abroad, with new orders arriving every four days after a surge of social media interest.

Haider said: “The ideas keep coming to me.

“It’s in human nature to decorate ourselves and the things around us.”

In many cases, he transforms white Nike Air Force 1 trainers into a myriad of colours, with designs featuring a pink hawk and a shimmering peacock.

It is believed that Pakistani truck art began in the 1940s when hauliers crafted vibrant logos to showcase their brand identity to a largely illiterate public.

But some say the artistic one-upmanship began with bus drivers competing to persuade passengers to get onto their vehicle.

Today, the trade is one of Pakistan’s most famous cultural exports, cutting against the country’s more austere reputation for social conservatism. 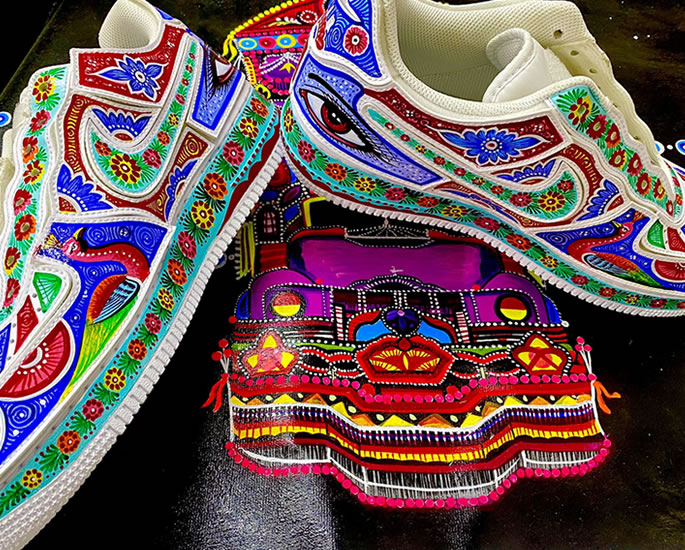 Haider comes from a family of truck artists, who made a living at roadside yards where drivers paid them a small amount to decorate their vehicles.

“I get in the zone when I feel a connection to the art. If I pause, the ideas stop flowing.”

Haider first gained international recognition when his work at the Smithsonian Museum in 2002, helping him to become an international ambassador for truck art.

He has applied his craft to a plane, a VW Beetle, and even a woman’s body at the Burning Man festival in the United States.

Haider’s fashion clients give him full creative freedom, unlike truck drivers who try to give their input.

Dhiren is a journalism graduate with a passion for gaming, watching films and sports. He also enjoys cooking from time to time. His motto is to “Live life one day at a time.”
Why South India is Different & Culturally Rich
South Asian Literature: A Brief Look into the History