Are women in sport deemed as less feminine? DESIblitz looks into the inequality of South Asian women in sport and the discrimination which many of them face.

"I'm strong, powerful and beautiful at the same time. There's nothing wrong with that"

The battle of the sexes remains unbalanced in the world of sport.

A growing number of females are participating and competing in various sports all around the world. But do people view these women as less feminine if they play a sport?

By ‘feminine’ we refer to the traditional qualities and appearance typically associated with women. The debate affects South Asian female athletes even more, as they not only have to face discrimination because of their gender but also because of the colour of their skin.

However, we have seen a general increase of female athletes and representatives in sport. So is this old fashioned stigma associated with women in sport a thing of the past, and does the new 21st-century woman strive for bigger and better things?

When did Inequality in Sports Begin? 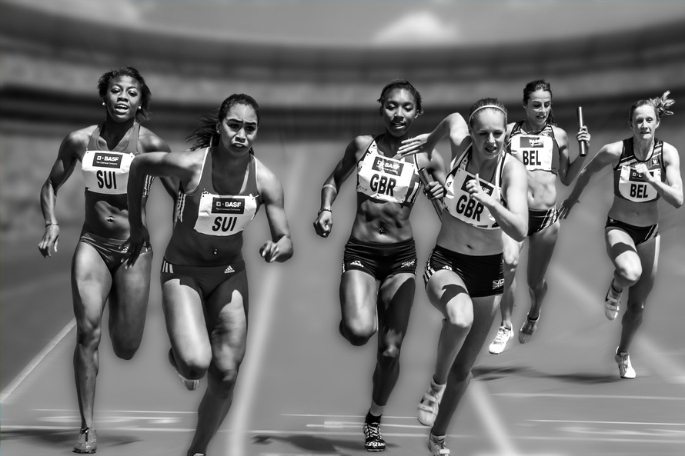 If we look back in time, inequality in sport can be said to have started with the traditional views of Pierre de Coubertin, founder of the Olympic Games in 1896.

Coubertin opposed the idea of women in sport and in fact said that it was, “the most unaesthetic sight human eyes could contemplate.”

14 inspiring Muslim female athletes who competed in the Olympics in Rio in 2016 stand as an example of how traditional views like Coubertin’s are gradually changing.

Dalilah Muhammad in track and field, Majlinda Kelmendi in Judo and Aliyah Mustafina in Gymnastics all achieved Gold medals.

As well as the personal achievements that these female athletes have gained, they also represent what South Asian women can achieve in a male-dominated world.

Can Women be Sporty and Feminine? 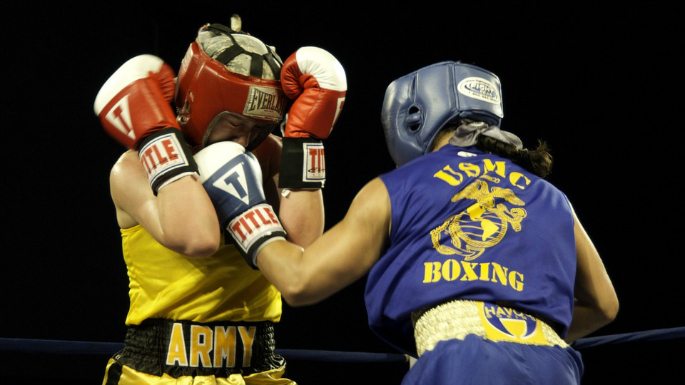 In a Q&A session with writer Jimmy Jemail, from VAULT online, he raised the question: “Do competitive sports tend to make women less feminine?”

The overall response from both male and female participants was balanced, with only a slight difference.

The majority of males voted against, saying that there are plenty of sportswomen who look and behave in a feminine manner.

But female responders were unsure or believed that playing a sport does make women less feminine, especially sports that require more muscle mass.

Wimbledon champion Serena Williams has been widely scrutinised for her appearance as a female athlete and has received verbal abuse on social media by being compared to gorillas and apes.

In response to this abuse, Williams says:

“Think of all the girls who could become top athletes but quit sports because they’re afraid of having too many defined muscles and being made fun of or called unattractive.”

“I love that I’m a full woman… I’m strong… I’m powerful and I’m beautiful at the same time. There’s nothing wrong with that.” 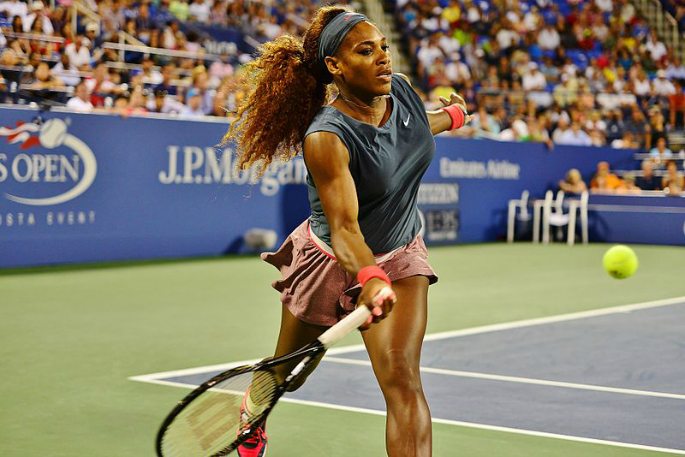 So could it be that society has shaped a world in which women think they should look and act a certain way to be accepted as a female?

From a survey carried out by DESIblitz, we asked the question: “Can women be both sporty and feminine?”

The results showed a similar response.

Most female responders agreed that muscle mass is the biggest factor that determines whether a sportswoman is considered feminine. Suggesting that the bigger the muscle definition, the less feminine a sportswoman is.

From an opposing perspective, Ali* comments: “Toned muscles and the general fitness of a woman can be very beautiful and feminine.”

Despite the femininity of women in sports being constantly doubted, a number of responders said that ‘femininity’ and ‘being sporty’ are two different concepts, so why are they being compared?

The majority of opinions based around the idea that particular sports are thought of as either feminine like gymnastics; or masculine, like football or boxing.

Use of Steroids and Testosterone

An increasing number of female athletes are using steroids in the form of roids, juice and rocket fuel to enhance their performance levels.

Steroids, or performance-enhancing drugs (PED), build up muscle fat and can improve stamina. Many women weightlifters, particularly in India, are using these anabolic steroids to build muscle mass in order to improve their physiques.

We commonly hear about male athletes turning to PEDs, but a number of female athletes like double gold medal winner, Kelli White are putting both their careers and health at great risk.

Olivier de Hon from the Anti-Doping Authority says: “For females, the effects of anabolic steroids are greater.”

The most common form are Anabolic Agents, which contain testosterone. These increase the typically male characteristics in the body. 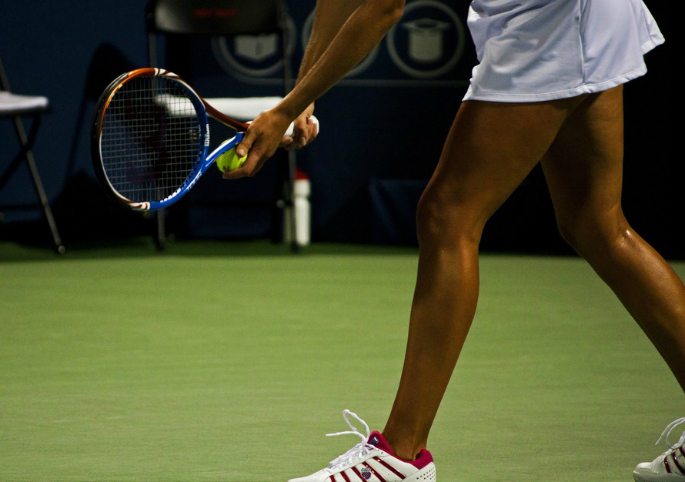 It is not to say that female athletes do not receive any attention… they just seem to receive the wrong kind of attention.

For example, if you type ‘female athletes’ into any search engine, you will come across an endless list of articles which sexualise women.

Unlike their male equivalents, the ability and achievements of sportswomen are often overlooked, and they are predominantly recognised for their physical appearance or more popularly their ‘sex appeal’.

This is a recurring stereotype associated with women, not only in sport but also in professional and other competitive environments.

Mary Kom’s positive outlook on the matter is hopeful to young aspiring sportswomen as she says: “People used to say that boxing is for men and not for women and I thought I will show them some day. I promised myself and I proved myself.”

The issue of inequality is still ongoing but these women have successfully battled against the sexist discrimination they have been faced with.

The Race for Race

Inequality in sport is also noticeable across different races.

Although women of colour have proven themselves in the sporting world, there are many more aspiring athletes out there whose talents are suppressed by the opinions of others.

Wimbledon champion Serena Williams says: “It doesn’t matter what your background is and where you come from. If you have dreams and goals, that’s all that matters.”

When was the last time you read news which highlighted the success of South Asian female athletes?

Harpreet Bains has looked into this issue in her chapter ‘Kabaddi Tournaments: Patriarchal spaces and women’s rejection of the masculine field’, in the book ‘Sports Events, Society and Culture’ (2014). 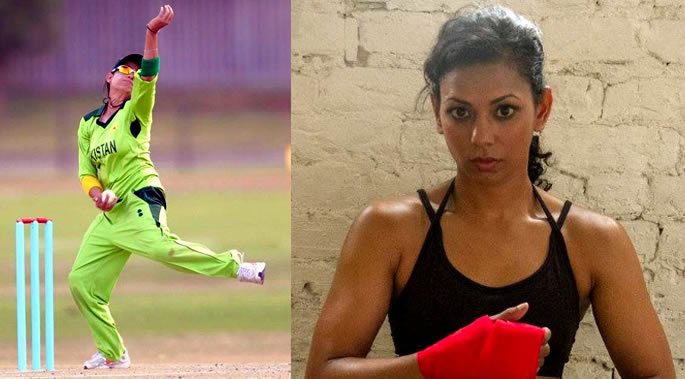 Harpreet found that there was limited research on this topic.

She comments: “South Asian women are believed to be constrained from participating in sport because of… cultural norms.”

Women’s sport in the Asian community has been a big no-no, as it is seen as a man’s field.

We are Jasminder Kaur Bhamra’s struggle as an aspiring footballer in the movie hit, Bend It Like Beckham (2002).

But more needs to be done to support South Asian female athletes to give them the same opportunities as their westernised neighbours. 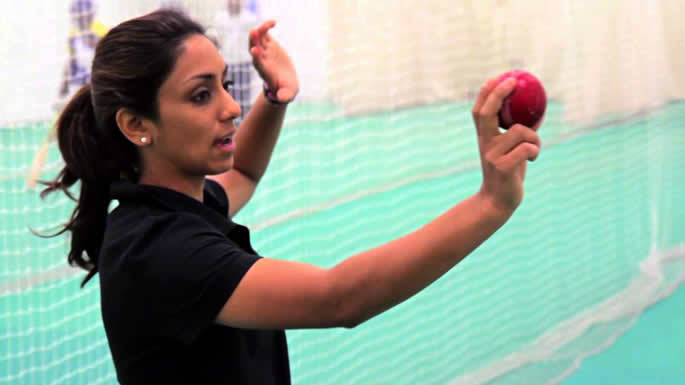 Badminton player Saina Nehwal, Muay Thai boxing champion Ruqsana Begum, and World amateur boxing champion Mary Kom have all had a rocky road to success because of racial discrimination and inequality in sport.

Football coach and racial discrimination representative, Manisha Tailor has had to battle an emotional journey when her twin brother was diagnosed with a mental illness.

Manisha turned to football as a way to cope and works extremely hard to better the lives of people who are racially discriminated against in the sporting environment; through the ‘Kick It Out’ and ‘Show Racism the Red Card’ campaigns.

Retired cricketer, Isa Guha had a very successful international sporting career, in which she has represented England 113 times during her 10-year career. Proving women of colour can be successful in the sports industry.

Similarly, Salma Bi is an inspiration to many aspiring South Asian females in sport. From the young age of 10, Salma had a passion for cricket.

Just 12 years later she would be the first British Asian woman to play for Worcestershire County Cricket Club to-date.

We are in an age where we are surrounded by successful female athletes who act as role models for many women worldwide. They work hard to prove their sporting ability and create equal opportunities for young aspiring athletes.