DESIblitz catches up with Irish-Indian singer, Sasha Tandon, about her musical upbringing, songwriting and her love for Dilwale Dulhania Le Jayenge.

"I love the fierceness and powerful messages by artists such as Ciara and Beyoncé."

As a young girl, she loved singing. She also knew it would be her career after attending a Destiny’s Child concert at age 9.

Since launching her YouTube channel in 2011, Sasha has impressed thousands of people with her original material and cover songs.

On Valentine’s Day 2015, she picked up a new title – ‘Britain’s Most Desirable Woman’ – after receiving over 400 cards and love letters from fans.

In an exclusive Gupshup with DESIblitz, the 24-year-old singer tells us more about her aspirations, her fans and taking a U-turn from law to music.

Who did you listen to growing up? 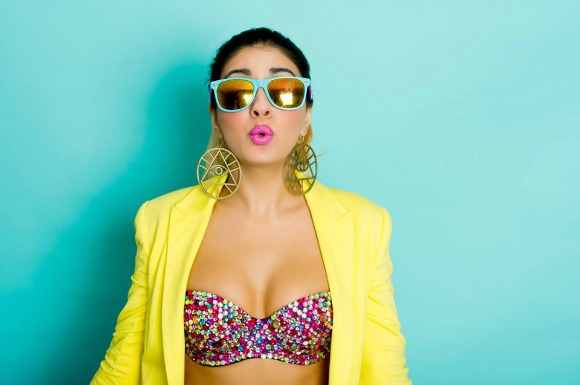 “I liked different types of music growing up. I loved listening to Toni Braxton and Frank Sinatra. They were my two favourite artists.

“My dad used to play a lot of Meat Loaf and Dr Hook in the car, so I used to listen to that often! I was also a huge fan of Spice Girls and Destiny’s Child!”

How do you write a song?

“I find it strikes me in the most unlikely times. Normally when I’m trying to fall asleep, I start to hear different melodies, or even when I am just sitting on the train.

“I never really sit down to write a song, unless I am in a studio session where we are all bouncing creative ideas off each other.

“My own personal experiences and that of the people around me are what usually inspire me.

“If I was feeling something I could always find a song to say what I needed to say, and I wanted to be that voice for other people like me.

“So for me songwriting was initially a form of therapy, a way to escape and let my voice be heard.”

What sparked you to write your first song? 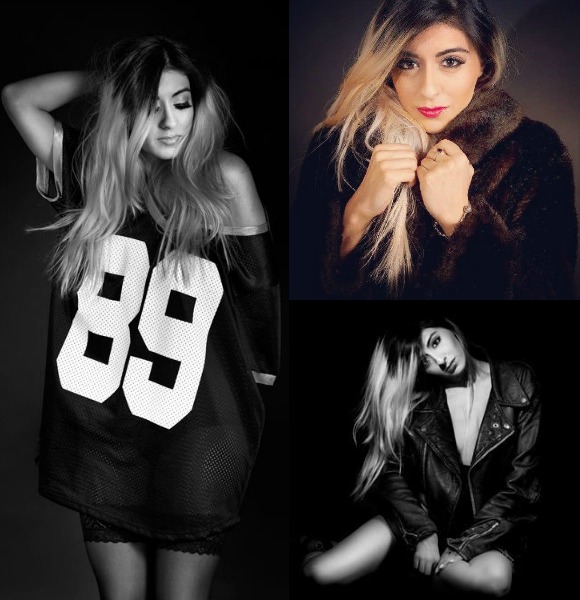 “I wrote my first song when I was very young, after my nanny passed away. When I was a little girl, I was very shy and not so good with my words.

“My nanny used to tell me how I should write down how I am feeling and sing the words, because she knew I loved to sing.

“My first song was, ironically, about her. I really regret not listening to her earlier just so I could share my first song with her.”

Which artists inspire you as a songwriter?

“I love the fierceness and powerful messages by artists such as Ciara, Beyoncé and countless other female artists.

“We are in an era where women are encouraged by such artists to elevate other women, and I feel that is such an important message to share with future generations.”

Do you bring any Desi heritage into your music or style?

“I confuse quite a few people with my Indian/Irish mix!

“But in the future, if I could create a great fusion with the right vibe, it could definitely be something interesting!”

Which Desi musicians or artists do you look up to?

“I absolutely love the music in the older Bollywood movies, especially those with Kajol in it!

“The soundtrack to Dilwale Dulhania Le Jayenge is one of my all time favourites.”

What is your favourite cover that you have done and why?

“‘I Will Never Let You Down’ by Rita Ora just because when I released the cover, it was before the actual song was released.

“It was also nice to do a stripped back version of it and ‘Trap Queen’ by Fetty Wap because it was so damn fun to do!

“It was great to play with the melody and harmonies, and shooting the video was such a laugh!

With a law degree, would you be doing something law-related if you didn’t become a singer?

“I guess I could have gone into music law. I am such a workaholic I need something that requires drive and ambition.

“I also have a crazy obsession with animals especially tigers. I genuinely think they are the most majestic, powerful, and beautiful creatures.

“I guess if I weren’t a musician, that would be another love of mine I would potentially dedicate my time to.” 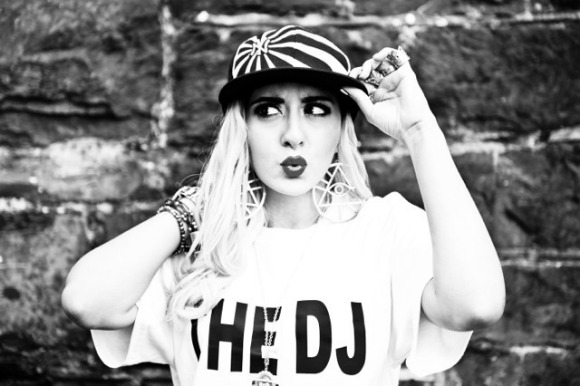 Why are your fans named ‘#Tigers’?

“I feel their typical personality traits are so similar to mine! To me they represent power, passion, self-confidence and elegance. They almost have an aura of electricity that surrounds them.

“Not a lot of people in this world have that confidence in themselves, nor do they always have strength when they need it.

“I call my fans Tigers because I want them all to feel like they are just as powerful, confident and so strong.

“They can get through anything that life throws at them. In a way, it is to inspire them to take charge and be strong within themselves.”

How do you keep up with all the support and messages from your 35k followers on Twitter?

“It is such a huge blessing to get so much love and support, and I can only hope that we continue to grow!

“They inspire me just as much as I hope to inspire them. We are like one big fierce and fabulous family!

“I love reading messages and having conversations with them. It really makes my day!” 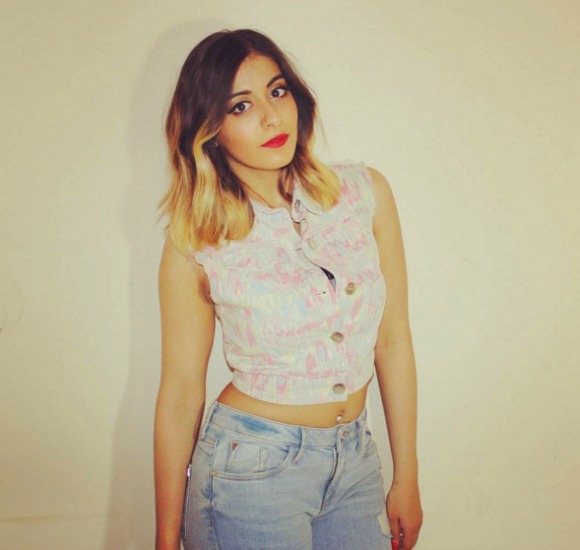 Your song ‘Heartless’ has a Dubstep vibe to it. Is this the genre that your EP will adopt or can we expect to hear other genres?

“With ‘Heartless’, the passion and meaning in the song lends itself to Dubstep. It gives it that drive.

“I absolutely love performing it and working out to it! The EP has more of a pop/R&B feel to it – still very energetic!”

Will the songs on your EP draw on your personal experiences?

“Its content lends itself to experiences everyone goes through. We have a bit of heartbreak as well as those early stages of falling in love.

“As for the new single ‘Love On Me’, the concept behind it is the emotional excitement you go through at the start of a potential relationship.

“She is falling crazy in love for him, but needs that reassurance and proof that he feels the same.”

With the vocals, persona and ambition of a star, Sasha Tandon is undoutedly an artist to look out for in the coming years.

Her new single, ‘Love On Me’, is out now on iTunes.