Bollywood superstar Salman Khan made a joke about Bumble, the new dating app launched in India by Priyanka Chopra. What did he say?

"Why does Priyanka need Bumble?"

Priyanka Chopra launched a dating app called Bumble in India in late 2018. Salman Khan commented on the actress’ involvement with the app and poked fun at it.

Salman was at a promotional event for his upcoming production Notebook when he made the joke.

During the event, he was asked about the film’s plot in which two people fall in love without meeting each other.

The actor said it is possible with today’s generation, where it is all about meeting people through dating apps. Salman added that he does not have any dating apps on his phone.

When asked about dating apps like Tinder, Salman quipped: “Why only Tinder, and not Grinder?”

He revealed that he found it amusing when he found out about Priyanka’s app especially as she launched it after her marriage to Nick Jonas.

Someone from the crowd had also said Bumble. It was then Salman quickly replied:

“What is Bumble, who launched it?”

Journalists told him that was Priyanka who launched it and asked what he thought about the new dating app.

While the app for singletons was launched in India by a married woman, it was all in good humour by Salman who could not resist making a joke. 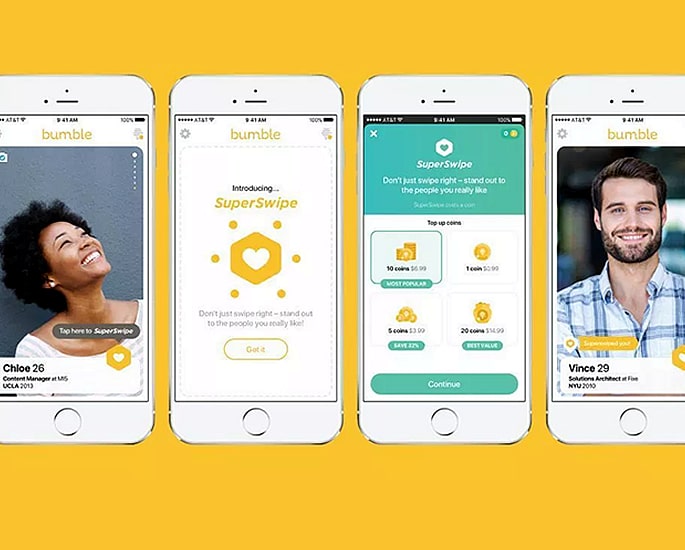 Salman and Priyanka were supposed to work together in Bharat but Priyanka left the project a few days before filming was set to begin.

It was rumoured that her engagement to Nick was the reason behind her exit.

Following her abrupt exit, a statement by Salman said: “Whatever may be the reason – be it marriage or picture or her not being willing to work in India or with me, it’s her reason and we are really supportive about her doing work.

“If she does not want to work with Salman Khan, it’s okay; she’s working with a big hero in Hollywood.”

Salman later recruited Katrina Kaif for the film. Bharat is set to release on June 5, 2019.

Bumble was initially launched in December 2014 and founded by Whitney Wolfe Herd.

What makes the app different from others is that only female users can make the first contact with matched male users.

Priyanka invested in the app and it was later launched in India.

Dhiren is a journalism graduate with a passion for gaming, watching films and sports. He also enjoys cooking from time to time. His motto is to “Live life one day at a time.”
Meghan Markle ‘confides’ in Priyanka about adjusting to Royal Life?
Winners of the 64th Filmfare Awards 2019