Is Priyanka Chopra’s Quantico getting Cancelled?

Priyanka Chopra’s Quantico could be at risk of being cancelled after only two seasons according to a television tracking website unless ratings pick up.

"In its first two Monday episodes... Quantico has averaged 0.75"

Priyanka Chopra currently stars in season two of ABC’s television series Quantico. But the show could be at risk of getting cancelled due to low ratings.

Due to the show’s failed increase in ratings, Quantico is classified by The Cancel Bear in the category “likely to be cancelled”.

ABC’s television series was moved to Mondays in the network’s bid to gain an increase of ratings. Priyanka is frequently tweeting her fans to tune in using the hashtag #QuanticoMondays.

However, the move to Mondays failed to show any change in progress and ratings stand at 0.76. 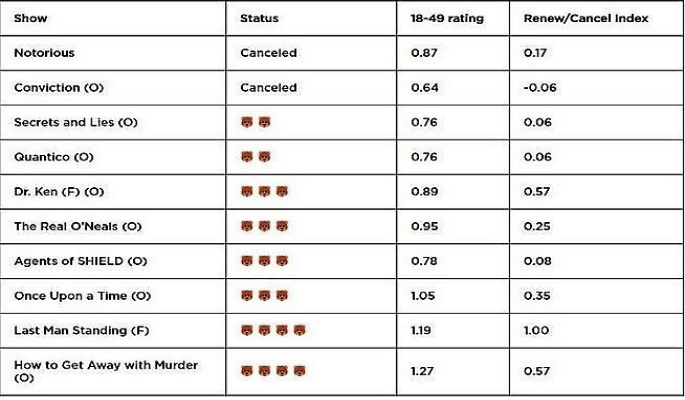 The Cancel Bear states on the website: “In its fail run on Sundays, Quantico averaged 0.76 ratings in adults 18-49 with a lead-in (Secrets and Lies) that drew just about the same ratings.”

Will Quantico ratings pick up?

The Cancel Bear continues: “In its first two Monday episodes, with a Bachelor lead-in almost three times as large as that of Secret and Lies, Quantico has averaged 0.75.

“Quantico probably won’t move much higher than its current ratings this season. It is what it is at this point, and that’s a show ABC should cut ties with at season’s end.”

Quantico-makers and Priyanka Chopra have yet to comment on this speculation. But Priyanka did recently win the People’s Choice Award for ‘Favourite Dramatic Actress’ for her role in the television series.

The Bollywood actress recently suffered an injury from the Quantico set from doing her own stunts resulting in a concussion.

However, Priyanka has fully recovered and previously talked about her accident during her appearance on Good Morning America.

She says: “It was a wet road and rubber boots. It was a really stupid reason to fall and get a concussion. It was not at all dramatic.”

While Priyanka has been enjoying success in the US, The Cancel Bear warns her TV series could be at risk of cancellation if ratings don’t improve. Will Quantico make it to season three?