"Arshad Khan #ChaiWala is keen to work in films"

Arshad Khan, a local Chai Wala from Islamabad, has landed a job in Pakistan’s fashion and modelling scene.

Life took a turn overnight for Arshad, when Jiah Ali, a photographer, posted his photo on social media.

Captioned with, “Hot-tea- you can catch him at itwar bazaar,” Arshad suddenly shot to fame.

Now the young 18-year-old has signed his first modelling contract with an online shopping store in Islamabad, called ‘Fitin.pk’. The company confirmed the news, saying:

“Arshad #chai wala will be working for Fitin as a model.”

“Chai wala is no more chai wala now he is fashion wala!”

Following this announcement, Fitin posted images of Arshad wearing their brand shirts, on the official website of the store. 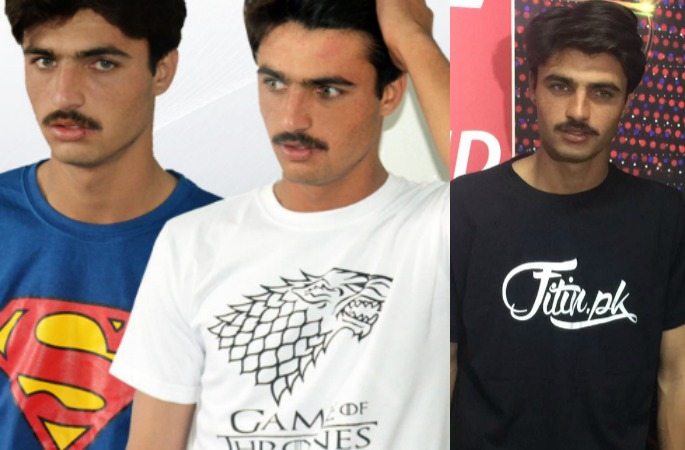 Who is Arshad Khan and what is his Superpower?

Arshad Khan belongs to Mardan, Khyber Pakhtunkhwa Province. The image of him gazing into the camera while pouring tea has gone viral, turning the unassuming teenager into an internet sensation.

The ocean like portrait of a hunk, sharply focuses around his circular, glittering blue eyes, as if outlined with shards of glass around the edges.

His matching shirt, calls more attention to his unique eye hue, a look that is flatteringly balanced, yet unusual for a chai wala.

Pouring out chai neatly with flow and delight, a vigour of youth and grace, Arshad carries a model physique.

The photo has given social media feeds an analysis piece. Tweets have surfaced from across the world recognising his charming features. It has given everyone something to talk about, including celebrities and popular personalities! 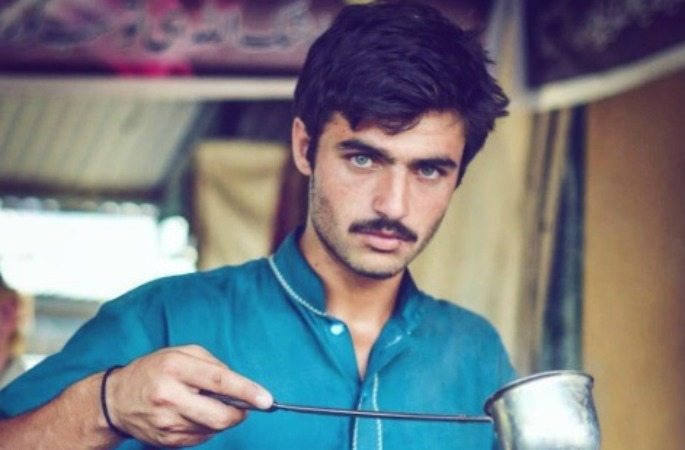 Reham Khan is thinking to take it a step further: “Arshad Khan #ChaiWala is keen to work in films.”

While DJ Noreen Khan even picks up on his name: “Turns out the #chaiwala has the same name as my brother! hahaha.”

On the other hand, many have celebrated the beauty of the Pakhtuns. Ihtisham ul Haq tweeted:

“Every Single Pakhtoon is a Celebrity Doesn’t matter they are Cricketers or #ChaiWala.”

The tale of Arshad Khan, it’s not just about a man doing his job of making tea. In fact, it is about how the social media sees him or feels the need to see him in a particular avatar.

It is the surprise that a ‘chai-wala’ could possibly be that attractive. As if beauty was the sole quality of only a certain group of people. A situation of class rather than gender.

But above all, this chai-wala’s story opens up for him an interesting future, giving girls another icon to crush over!