Mum Reunited with Baby after Giving Birth in a Coma

An expecting mother from Wales went into a coma and gave birth. After recovering, she was reunited with her baby daughter.

“It just happened so quickly."

A woman who was put in a coma after testing positive for Covid-19 while pregnant has been reunited with her baby.

The doctors told 27-year-old Marriam Ahmad that she may never meet her second child.

However, she has recovered and has opened up about her experience waking up from her coma after her baby was born.

Marriam Ahmad, a paralegal from Newport, Wales, went to hospital in January 2021 after testing positive for Covid-19.

At just 29 weeks pregnant, she left her overnight bag at home, not expecting to be there for long.

However, Marriam’s condition deteriorated, and doctors began to discuss the possibility of a Caesarean section.

Initially, the doctors told Marriam she would be conscious throughout the C-section.

However, they later decided that she needed to be put into a coma and that she “may not come back”.

Marriam was also told her baby may not survive either.

Speaking of the news, Marriam said:

“It just happened so quickly. It was within about five minutes, they told me ‘you’re going on a ventilator, you’re having a c-section, the baby’s going to come out, you’ll be unconscious, you might not make it. Say goodbye.”

Marriam then called her parents to say goodbye. The doctor called her husband Usman, who was at home with their one-year-old son Yusuf.

However, both Marriam and her baby daughter made miraculous recoveries. 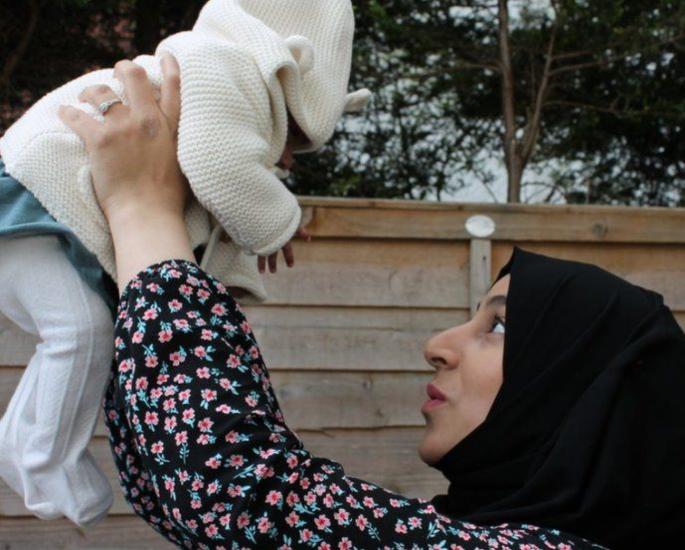 The next day, Marriam woke up from her coma to see that she had already given birth to who doctors called ‘Baby Ahmad’.

Marriam told the BBC: “I had no idea what happened. I woke up.

“Obviously I could see there was nothing in my stomach anymore and I was in a lot of pain.”

Marriam and her husband Usman met their daughter after one week, and decided to name her Khadija.

According to her mum, Khadija is named after “a strong independent woman” in the Islamic faith. Marriam said:

“From my point of view, my Khadija was very strong. She didn’t have issues, for someone being preterm at 29 weeks.

“They were telling me all the complications. She didn’t have any of those. It was a miracle.”

Now, after more than three months and an eight-week stint in hospital, Khadija is home.

She has settled into life with her parents and older brother, and Marriam is successfully breastfeeding.

Speaking of her gratitude, Marriam said:

“I am just so grateful – that she’s still alive, that I am still alive.

“Even though it was such a horrific, traumatic experience, I just found myself being even more grateful for the little things. Just spending time with family.

“Make the most of every opportunity and be grateful – that’s what I’ve taken from it.”