Jasmin Bhasin and Aly Goni have been staying in Aly’s hometown of Jammu. It has now been revealed that they both had Covid-19 at the time.

However, the pair were recovering from Covid-19 at the time but kept the news under wraps.

A source told ETimes: “Jasmin and Aly tested positive within a gap of just a few days from each other.

“They quarantined themselves and tested negative a week later.

“They tried to stay as positive as they could during the recovery phase.”

Jasmin Bhasin confirmed that they had Covid-19, saying:

“We tested positive a few days apart. That’s also the reason why I had to extend my stay in Jammu.

“We tried to stay happy, eat healthy, and didn’t let the negativity creep in. That’s how we dealt with it.

“Within a week, we tested negative. But yes, the virus makes you weak, and recovering from it is another process altogether.”

She and Aly kept the news to themselves. On her reason why, Jasmin said:

“Too many people say too many things and that’s the primary reason I didn’t share the news on social media.

“The only person we need to listen to is our doctor and not others because the virus affects people differently.

“The first thing my doctor told me was, ‘Jasmin, don’t take undue stress’.

“I listened to him, was on medication, and tried to stay positive during the lows.” 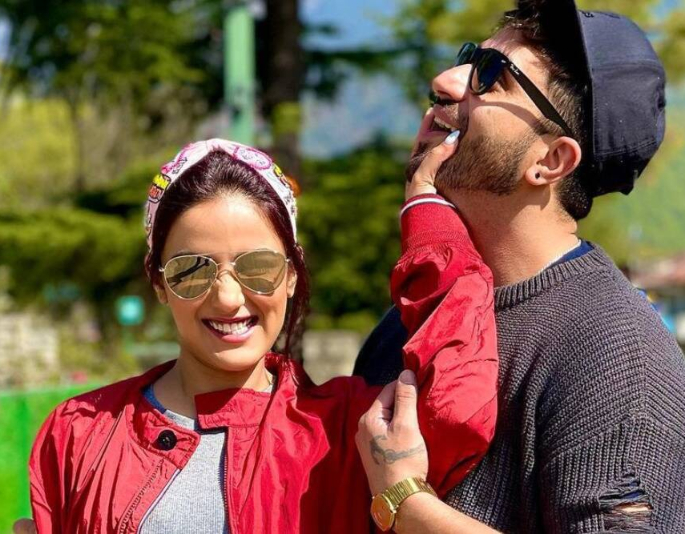 Aly revealed that during the tough period, his bond with Jasmin grew stronger.

He said: “My bond with Jasmin was and is strong. We are caring towards each other and that is the basic premise of any relationship.

“I am a sensitive person and have always valued relationships.

“But I would admit that Covid-19 has taught me to value them even more.

“What matters at the end of the day is your family and loved ones.”

While Jasmin Bhasin had Covid-19, her mother also tested positive.

However, Jasmin was in Jammu while her mother was in Kota, Rajasthan.

Jasmin explained that the situation was disheartening because she was unable to be there for her mother.

She admitted: “I felt so helpless, as both of us were far from each other.

“One day, I felt angry because my mother could not find a hospital bed and posted about it on social media hoping to get some leads.

“Some people messaged me that I was a selfish child for being away from my mom at this time.

“I couldn’t tell them to not judge me, as even if I wanted to, I couldn’t be with her.”

Following their recovery, Jasmin has returned to Mumbai. Meanwhile, Aly is still in Jammu and will return to Mumbai soon.

Dhiren is a journalism graduate with a passion for gaming, watching films and sports. He also enjoys cooking from time to time. His motto is to “Live life one day at a time.”
Arjun Kapoor discusses Relationship with ‘older’ Malaika Arora
Rakul Preet Singh ‘grateful’ for Bollywood Opportunities