"If the makers would call me back, I would go back"

Popular reality show Bigg Boss is due to air a ‘connections week’, where every contestant’s connection will enter the house.

Connections week is due to follow on from Bigg Boss‘ previous family week.

The pair shocked fans by confessing their feelings for each other on national television. As a result, Bhasin and Goni are the most popular contestants of the show’s 14th season.

Bhasin has been supporting her beau from outside the house since her elimination in January 2021.

Jasmin Bhasin’s eviction was emotional for both her and Aly Goni, as the pair broke down in tears after news broke that they were to be separated.

Soon after her eviction, Bhasin took to Twitter to address the rumours of her return to the house.

This is the most asked question & I’m here to address it. If the makers would call me back, I would go back for you guys. As I can see how heartbroken you all are by my exit. So yes I would, just for my fans. https://t.co/1OWZvfoMSr

In a tweet from January 12, 2021, the actress said: “This is the most asked question and I’m here to address it.

“If the makers would call me back, I would go back for you guys. As I can see how heartbroken you all are by my exit.

Now, Jasmin Bhasin and Aly Goni are confirmed to be reuniting during Bigg Boss’ connections week.

Speaking of her anticipated return to the house, Bhasin said:

“I miss him. In the house, one can survive through love and positivity.”

“People inside the house pick up a fight on small things and then you need emotional support which I will be given to him.” 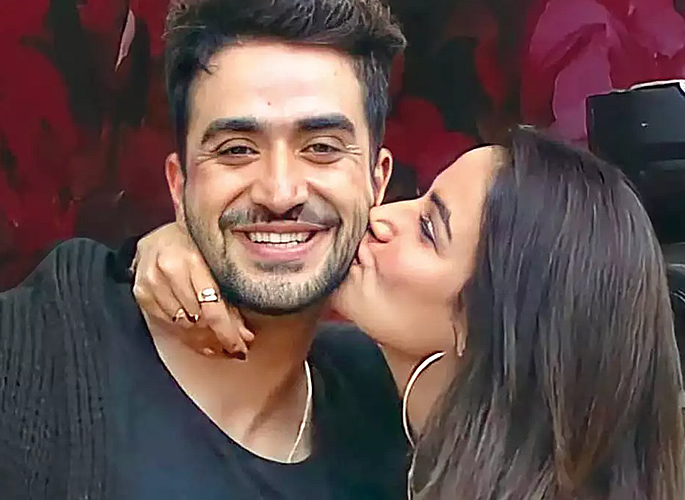 Bhasin has revealed that it was inside the Bigg Boss house that she and Aly Goni came to realise they were more than friends.

The actress’ parents strictly said no to their relationship during the show’s family week episode.

However, Bhasin confirms that there is no issue between her and her parents regarding her relationship.

Singh made the announcement on Twitter on Thursday, February 4, 2021, and even asked for fans to send their questions to him, for him to pass on to the current contestants.

Louise is an English and Writing graduate with a passion for travel, skiing and playing the piano. She also has a personal blog which she updates regularly. Her motto is "Be the change you wish to see in the world."
Taapsee Pannu says it’s in Kangana’s DNA to be Toxic
Twitter deletes Kangana’s Tweets for Violating Rules