Bigg Boss is a hit Indian reality TV show, offering contestants a promising platform. We explore if the programme has an apparent bias.

"They are favouring him and it is ridiculous."

The reality show has had a history of bringing new and fresh faces during every season, including edition 14. However, big questions arise from the show.

Does the show reflect bias? Is there any honesty in its reality or is it all an act?

Bigg Boss is the Indian adaptation of Big Brother, which first began airing from India in 2006.

After Bollywood actor Salman Khan took over as host in 2010 for the 4th series, Bigg Boss skyrocketed in becoming one of India’s biggest reality shows.

The success has led to many more editions of the show. Tamil and Telugu versions have also gone onto gain momentum and popularity.

The rise for Bigg Boss lies in the fact that it offers a large platform for contestants, who have achieved name and fame on a national and international level.

Despite being a reality show, many often question its authenticity and ‘realness.’ Hence, fans and others have accused the show of fixing and rigging.

Having said that others have supported Salman, rejecting any allegations of bias.

We examine various seasons of Bigg Boss to highlight some of the alleged biases, along with the counter-act arguments. 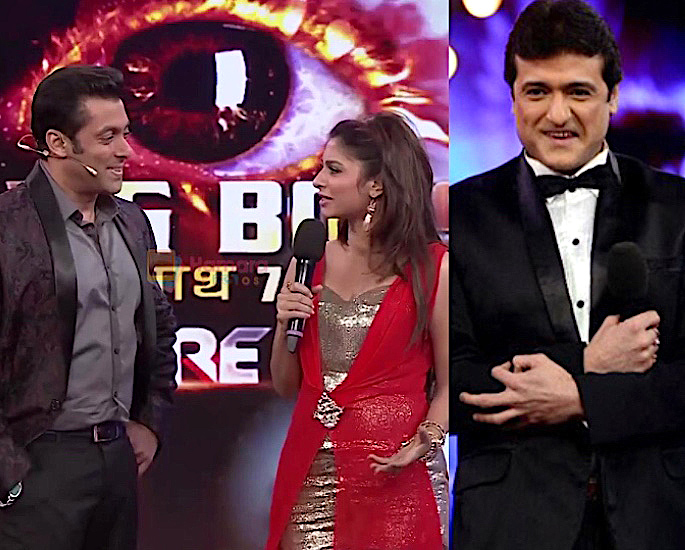 Salman Khan was hit with accusations of favouritism and bias regarding past editions. Viewers singled out Salman for his clearly visible unfairness back in season 7.

The 7th season, which aired in 2013 saw Salman trolled for his bias towards Tanishaa Mukerji. The sister of famed Bollywood actress Kajol.

Salman had to face further criticism for showing bias towards his friend and actor Armaan Kohli in the same season.

Following ejection from the show, Indian actor Kushal Tandon felt whilst he had respect for Salman, there was definitely a bias towards Tanishaa and Armaan:

“I don’t want to say anything about Salman Khan. It was his choice. Salman is one person whom I respect and consider him my inspiration.

“He might be biased towards Tanisha because he knows her since childhood, but everybody can see what is right and what is wrong.

“In the same task if Armaan Kohli (one of the inmates in the house) can abuse Kamya (Punjabi) but when I called Tanisha with different names, only so that she quits, I don’t think it was wrong.

“Whatever he (Salman) said that day was his personal opinion but I have nothing against him.”

This prompts us to pose a very key question. Are personal friendships or having famous family connections a privilege for bias in the Bigg Boss house?

But in defence of Salman, Indian TV actress and former contestant Aaksha Goradia thought the host did not favour any one particular and was only doing his job:

“Salman is very fair on the show. Even when I was part of Bigg Boss, he ripped Santosh was misbehaving with me. I think Salman gave good answers and he is not biased in doing his job.

“His job is to take the content in the right direction.”

“He very well cleared his intentions on the show and he is not at a position where he will need to take sides. Whichever side he goes that becomes a side in itself.”

Also, Salman was quick to slam Kushal for misbehaving with Tanishaa and attempting to escape from the house.

Even though fans were quick to accuse Salman of favouritism, the host went on record to say that he had a much longer association with Gauhar Khan than with Tanishaa or Armaan.

Gauhar Khan who was in a relationship with Kushal at the time went walking out of the Bigg Boss house with her beau on day 44. 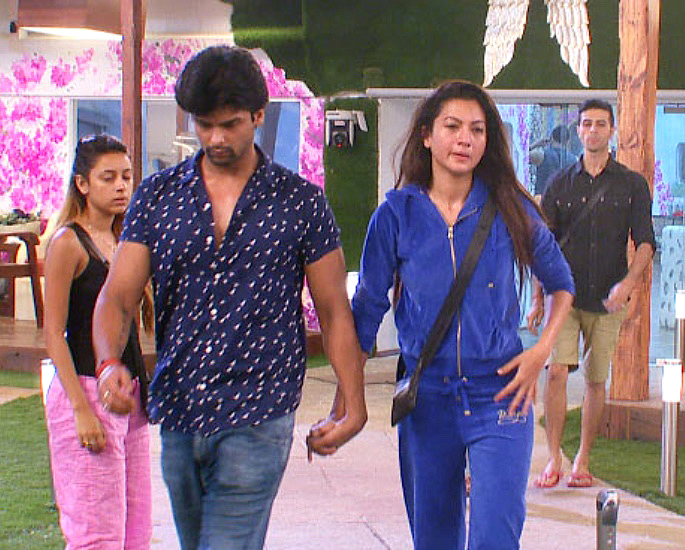 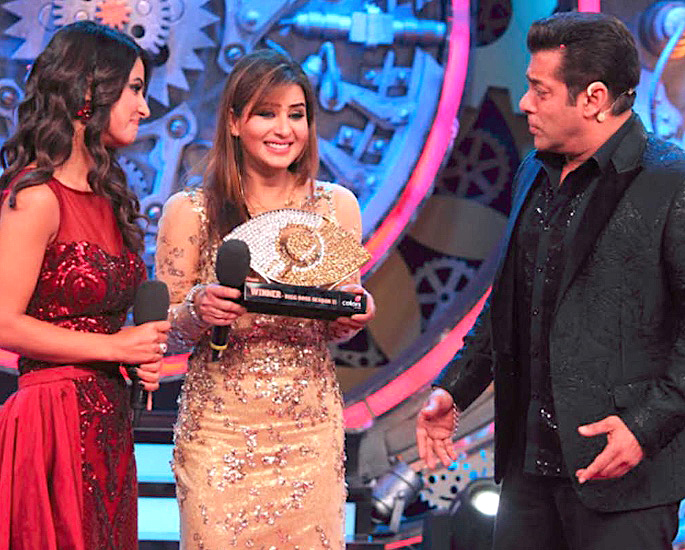 Fellow contestants and fans believe Indian TV actress Shilpa Shinde, the winner of season 11, had the support of Salman Khan.

Actresses Arshi Khan and Hina Khan who were also on the show spoke out against the host’s bias towards Shilpa.

Consequently, some of Hina’s fans went on Twitter to target and troll Salman.

However, not everyone agreed with the accusation that the actress made against the host. Instead, Hina came into the firing line for pointing the finger at Salman.

Some fans and fellow housemate Vikas Gupta referred to Hina as “two-faced” for maligning the host.

Her remarks had many other stars from Indian TV chiming in. Actor, Karan Patel went on Twitter, describing her as a “fake to the soul.”

The negativity towards Hina was due to her gossiping nature and disrespect towards Salman hosting.

Despite Hina’s stance backfiring, fans of the show had expressed the difference in Shilpa’s treatment in comparison to others.

Fans claim Shilpa was never “scolded” by Salman. During Khan’s ‘Weekend Ka Var’ sessions, he would normally roast contestants for their behaviour throughout the week.

Yet, Shilpa was hardly facing the heat from Salman. In fact, if anything, he was defending Shilpa, whilst ignoring her wrongdoings. On the other side, he kept on scolding the other contestants.

Shilpa had once forsaken her role in the kitchen, breaking a rule of Bigg Boss. Even then she was not reprimanded for this by the host.

Salman had also questioned the contestants of season 11 as to why they did not select Shilpa as captain. Was it fair of Salman to question the other contestants primarily based on this point?

“When other housemates are adjusting why he is being given VIP treatment.”

They just want to show Sidharth is a good light. They are favouring him and it is ridiculous.”

However, interestingly, she denied any favouritism that she received on the show.

Shilpa went onto support Salman, dismissing all rumours. She was firm in that the host was not being biased during her stint on the show.

Since Shilpa’s appearance on Bigg Boss, Salman has allegedly offered legal help in her personal life.

His sympathy for Shilpa could be the reason why he was lenient with her on the show.

Irrespective of his support, many viewers had the opinion that Bigg Boss was handling the show with a bias.

The constant favouring of Shilpa made fans believe that she may have already been the pre-decided winner. This idea was mirrored during Sidharth’s participation during season 13.

The partiality towards Shilpa had certainly hyped up many conspiracies and raised the big question. Does Bigg Boss pre-decide the winners? 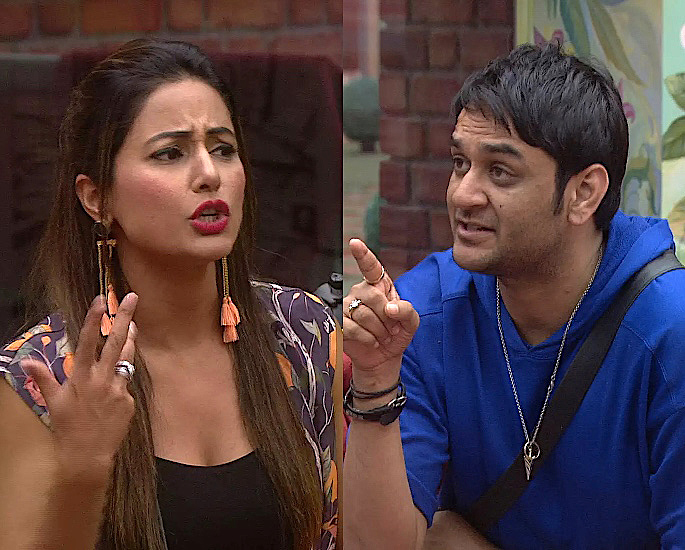 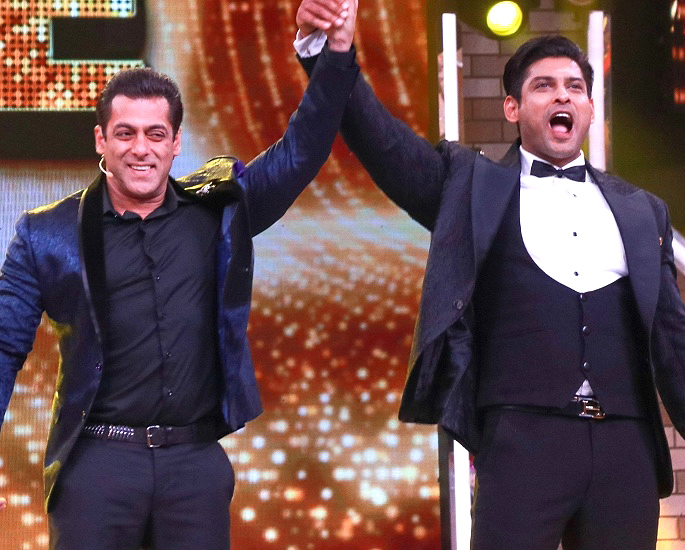 Accusations of bias and favouritism were rife throughout season 13, specifically towards Indian actor Sidharth Shukla.

Speculations were surrounding the fixing of season 13 winner, Sidharth Shukla. This is because, during his stint in Bigg Boss, he went onto break several house rules, without facing any sanctions.

This led viewers to speculate, raising various comments across social media platforms. The reality show prohibits any form of physical assault. A breach of this leads to immediate eviction.

However, despite breaking this rule, Sidharth hardly had to face any reprimand for his actions.

On previous seasons, contestants who got into physical altercations were having to leave the house. Priyank Sharma of season 11 is a key example.

This was a clear case of hypocrisy from the creatives at Bigg Boss. It also adds fuel to claims of Bigg Boss having a bias.

Also, Sidarth had support from Salman Khan, with the Big Boss host shockingly defending his aggressive and rule-breaking behaviour.

Salman did not rebuke Sidharth, but in fact, pointed fingers at those who trolled him

Sidharth was quick in responding to Kishwer. He told PTI:

“I just feel that’s really sad that people feel that especially when they have been a part of it and know exactly how the show works.”

“You cannot really change someone’s point of view. Each one has their own opinion and so does she (Kishwer).”

“To me, it doesn’t make a difference what some people say it because there are a lot of people out there, who have showered me with a lot of love.”

Asim Riaz was a fan favourite to win season 13. He was initially Sidharth’s friend before becoming his foe. Throughout the show, no one took his explanations and justifications seriously.

The biased reaction and behaviour by the host of the show caused outbursts all over social media. Anam went on Twitter to highlight the difference in how Salman was favouriting one over the other:

“Biased #BiggBoss13 even @BeingSalmanKhan is biased When sidharth saying smthing He listen it with calm But when #AsimRiaz speak He denied to listen.”

The main bone of contention that many people had were the inconsistencies and nepotism shown by the host. 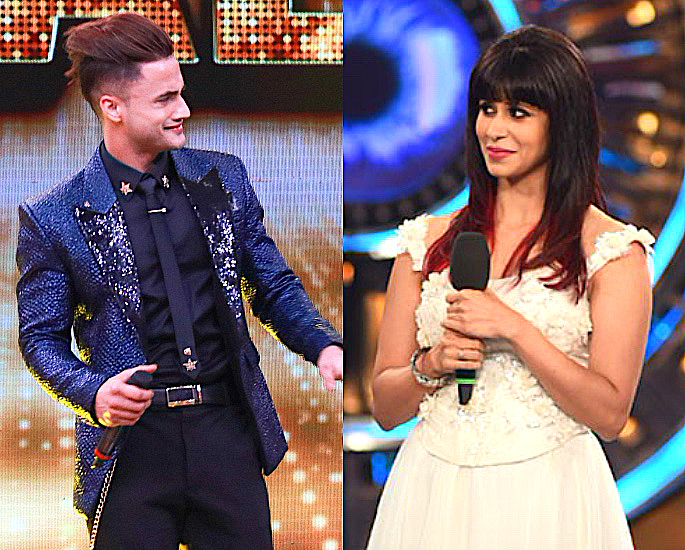 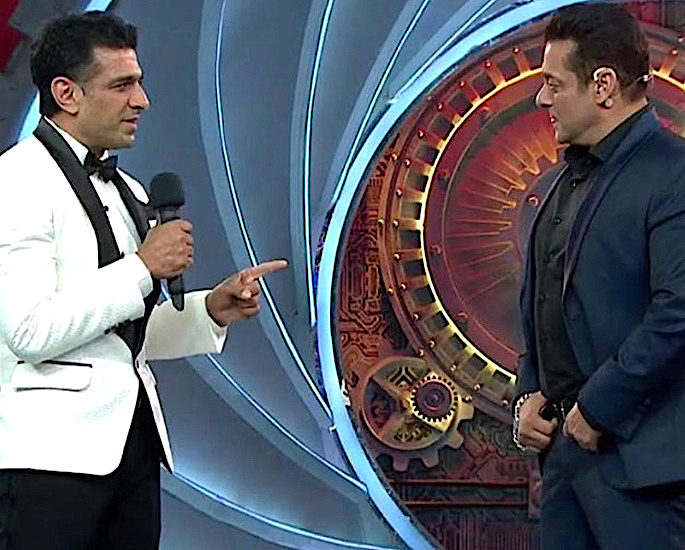 Eijaz had been involved in numerous arguments every week in season 14. Yet again, the host did not once fault Eijaz. He instead defended him against contestants.

Another fan favourite contestant of season 14, Rubina Dilaik, had been at the receiving end of Salman’s biased judgements.

While Eijaz has been spared off Salman’s roasting, supporters of  Dilaik known as ‘Rubiholics’ claim she has been targeted by the host.

Dilaik has been dominating Twitter trends while on Bigg Boss, with masses of support. Salman however, has not commended her for her stints on the show accurately.

When Kushal Tandon had an altercation with Tanishaa Mukerji and wanted to leave the house, Bigg Boss was quiet about it. This is after him jumping onto the roof of the reality show house.

Yet, after one statement from Vaidya wanting to quit the show, Bigg Boss opened their otherwise permanently locked doors. They allowed him to leave.

Vaidya’s exit from Bigg Boss upset many viewers, with ‘No Rahul No Bb’ trending in support for him.

On this point, many fans argued that Bigg Boss had encouraged and pushed for Vaidya to get evicted from the house.

Salman does not agree with these claims as he believes that Rahul did a runner from Big Boss:

“You quit and ran away from my show.”

Therefore, the host and others involved in Bigg Boss believe it is Rahul who walked away from the show. They had not caused or made him leave the show. 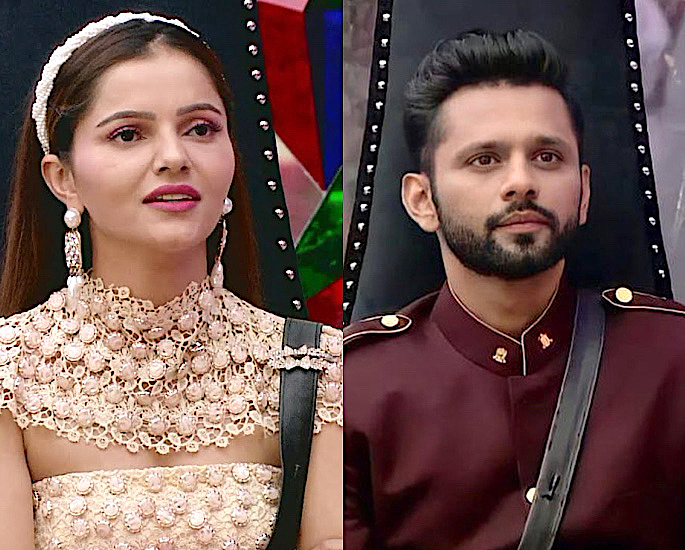 Bigg Boss had on numerous occasions clarified allegations about the show being rigged. Nevertheless, fans constantly call out Bigg Boss for bias and unfairness.

Two of the most trending hashtags on Twitter have been #biasedbigboss and #unfairsalmankhan.

Salman Khan cites having an emotional investment in the show. This he feels leads him to judge the contestants strongly for their behaviour.

The show and host deny any bias from their part. Though, many believe this pattern of bias had become a regular feature throughout the different seasons of Bigg Boss.

Fans are hoping to see many more exciting seasons of Bigg Boss. Hopefully, free of any controversies.

Anisa is an English and Journalism student, she enjoys researching history and reading literature books. Her motto is “if it doesn’t challenge you, it won’t change you.”
Indian TV Actor arrested for Robbing Elderly Woman
Ravi Patel reveals he was Stereotyped in Hollywood